The tower is set back from the Collins Street frontage with a podium level that defines the footpath edge and relates to existing street scale development.

The tower is of polished grey granite, articulated by four symmetrical framed glass buttresses projecting from the tower, but stepping back to the façade at the upper levels.

The podium and tower provide 82,000m² of net lettable area plus associated car parking for 1,325 cars (425 in the basement and the rest in a separate car parking building).

The project also included the restoration and conversion of two existing historic buildings.

As with Governor Phillip Tower, 101 Collins Street is also recognised as one of the most prestigious and lettable buildings in Australia, due to designs that combined remarkably flexible floor plates with timeless architectural expression. 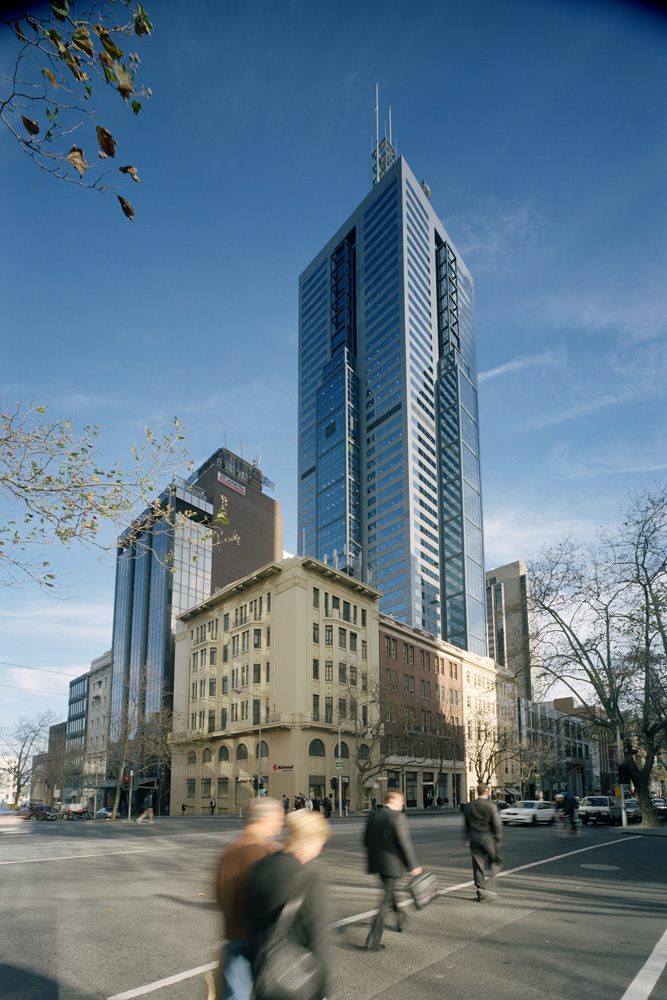 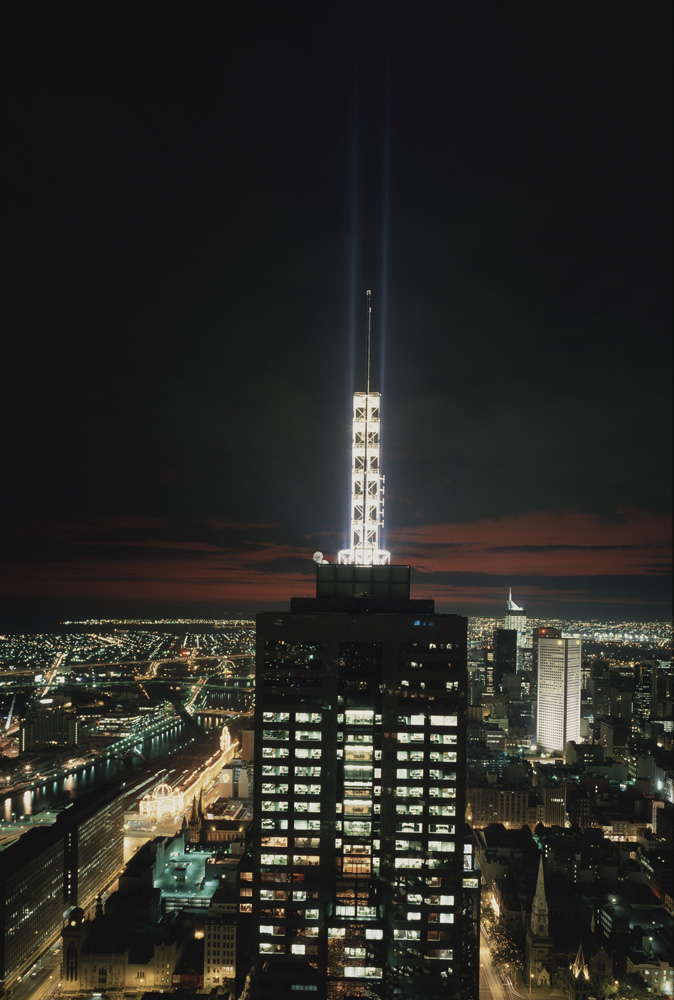 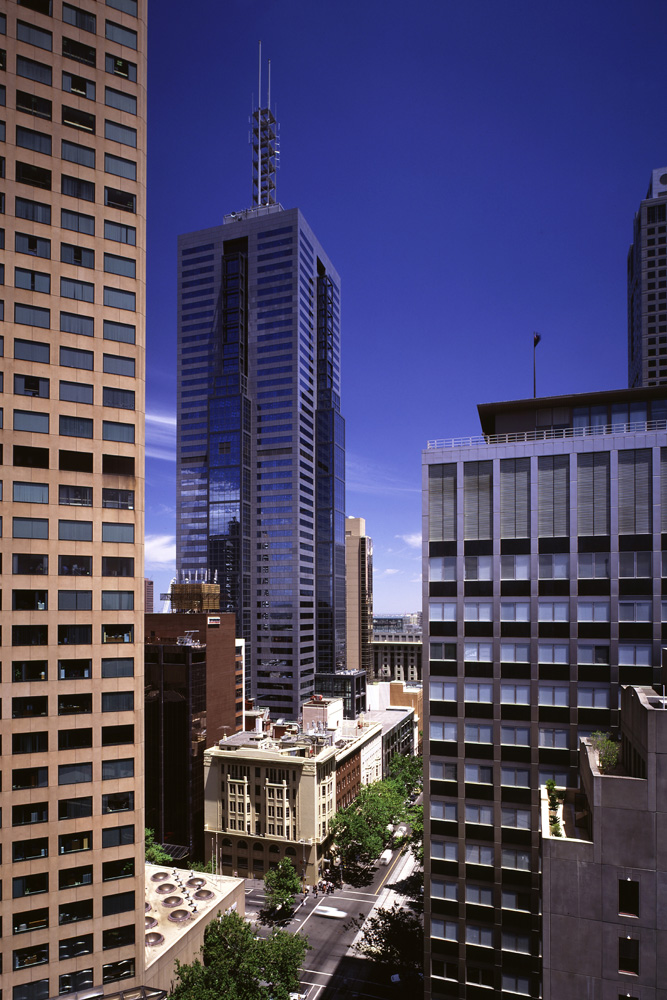 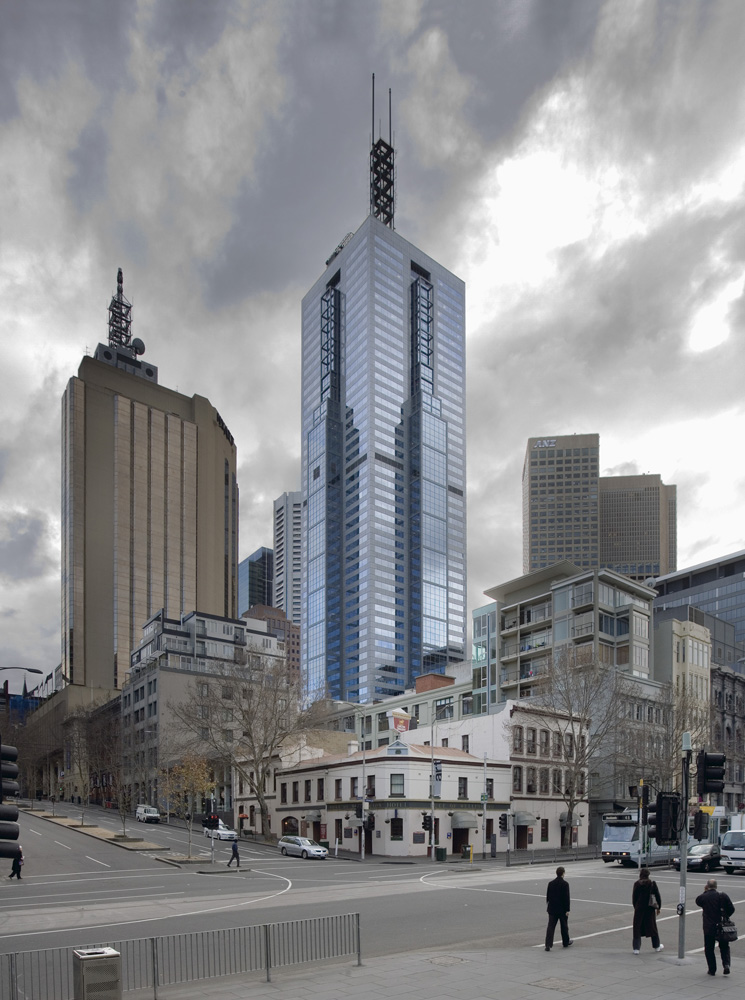