The study explored the operational, spatial and volumetric potential of the proposed terminal and developed an indicative architectural concept. A Design Feasibility Report and Design Control Brief were prepared. The design proposed visual and physical connection of arrival and departure via a central atrium, a high degree of transparency throughout the terminal and a landmark image. 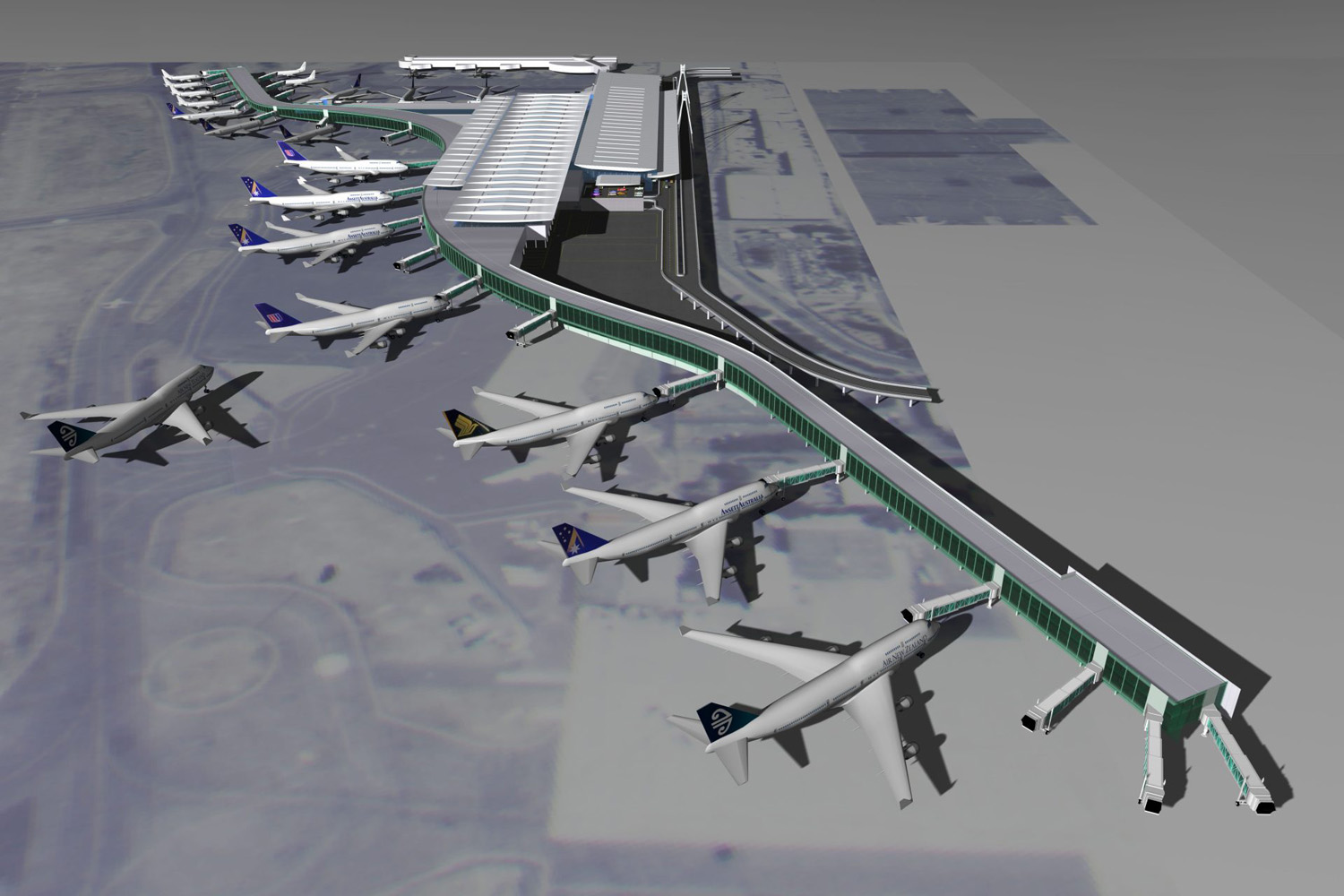 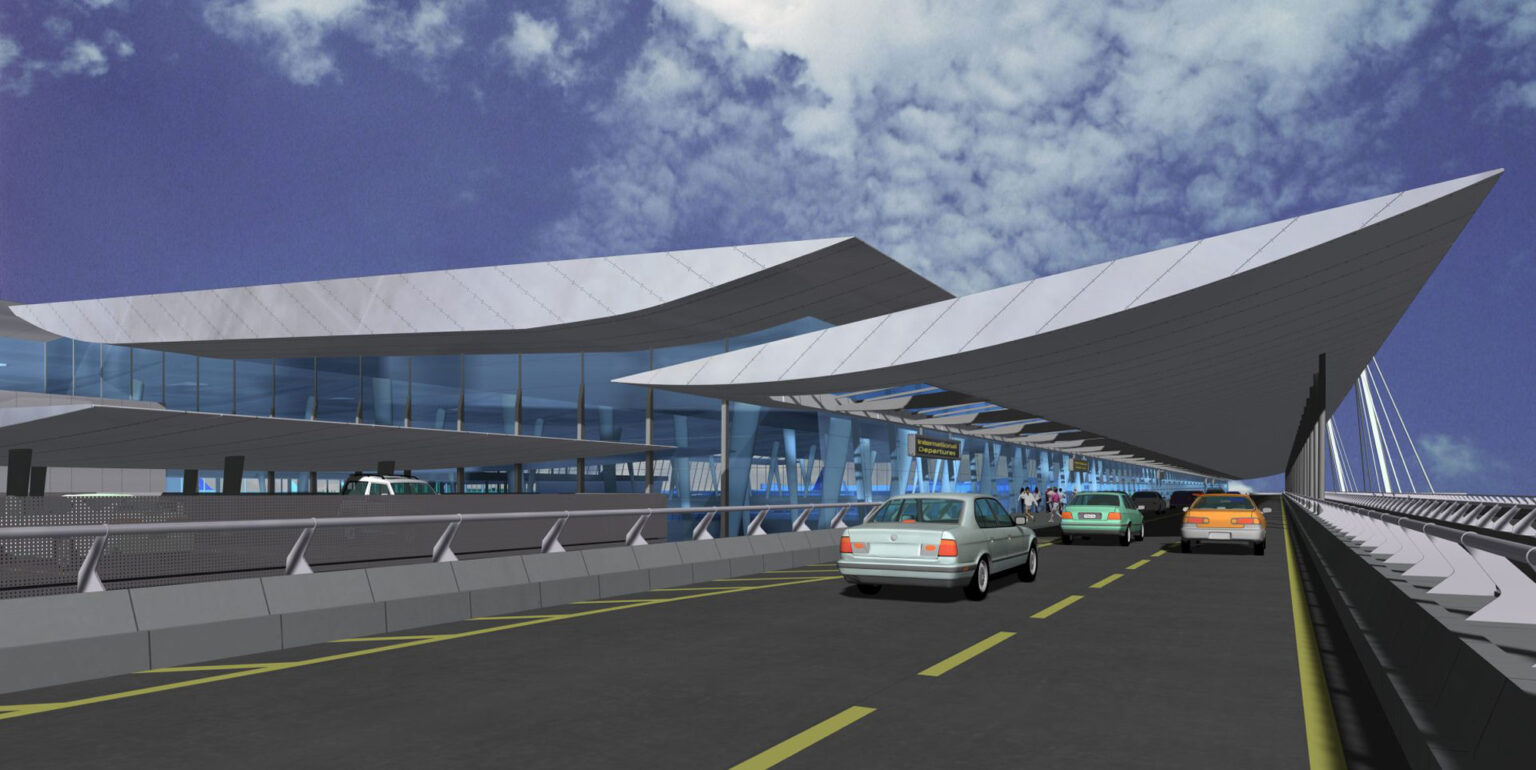 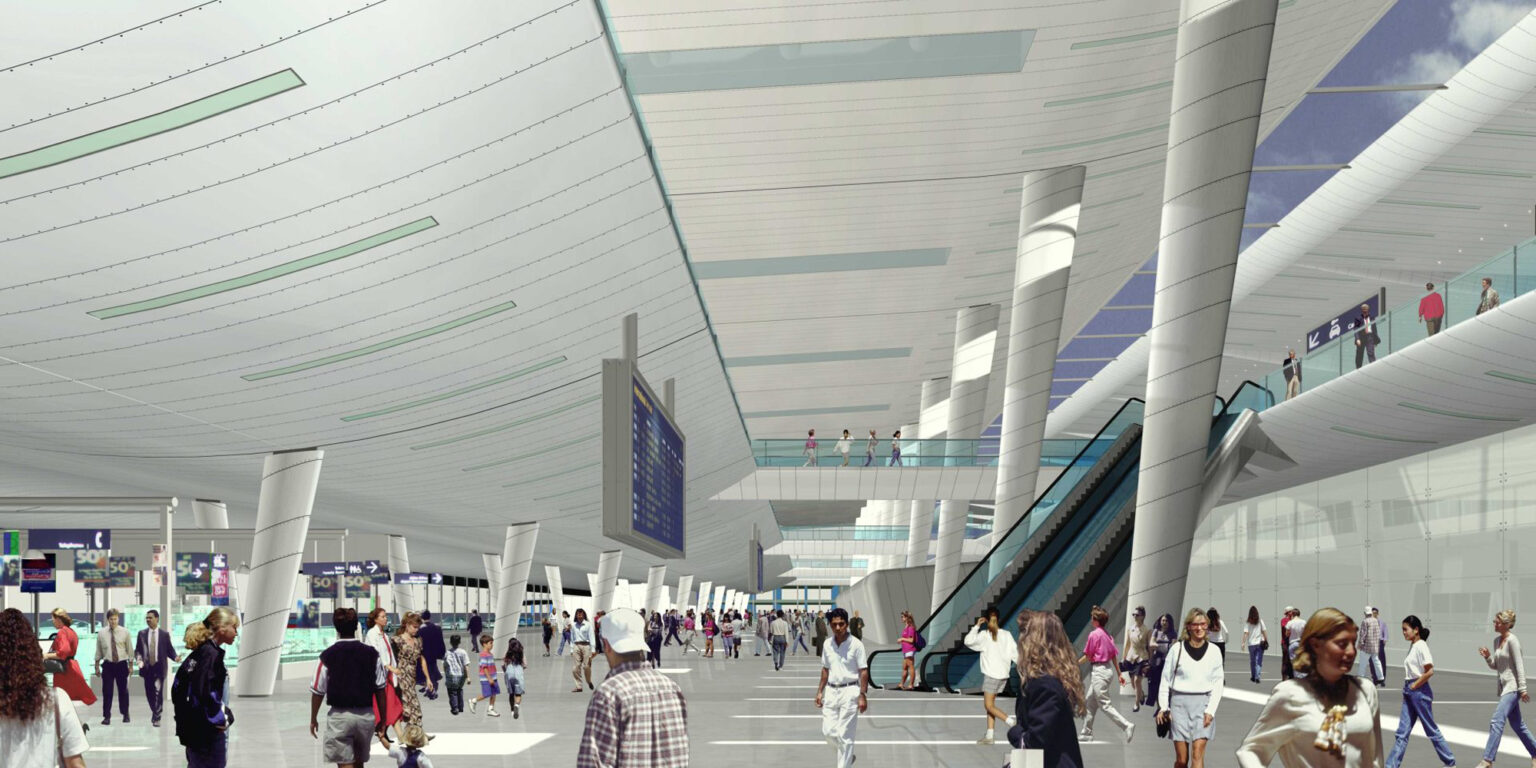 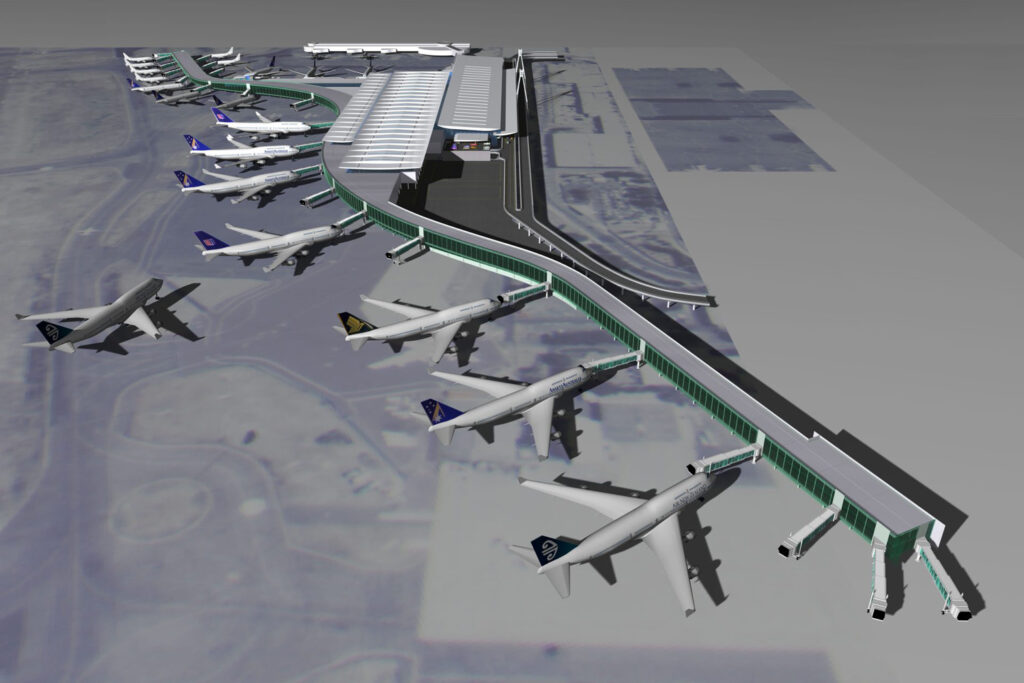 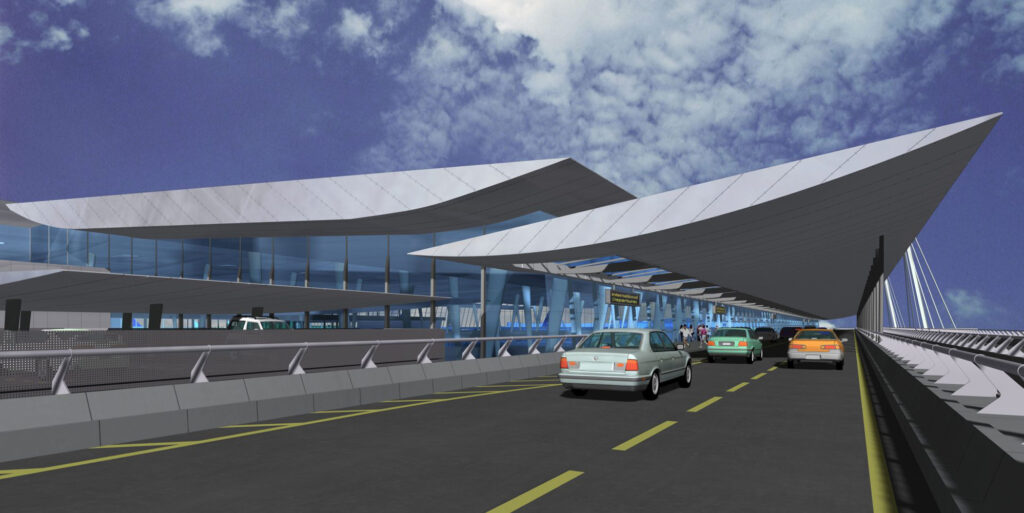 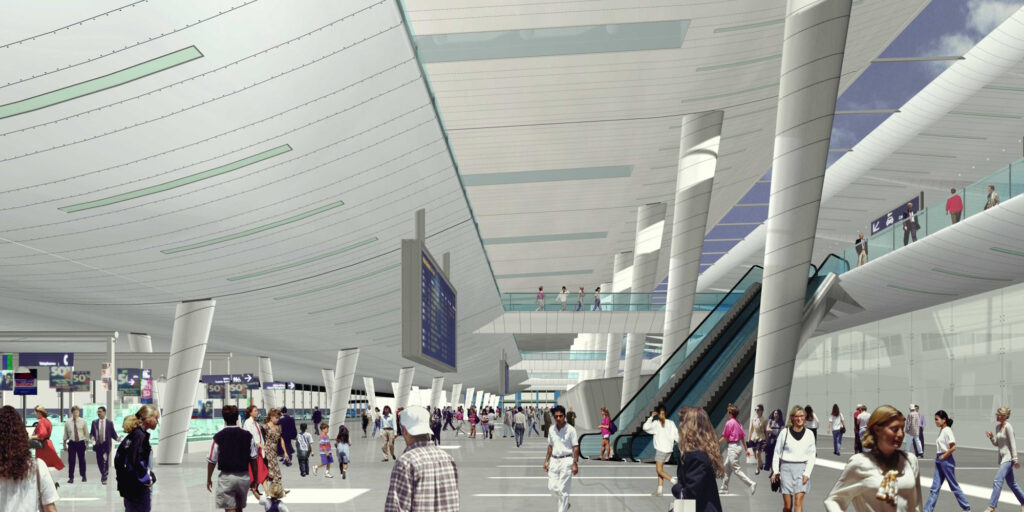