The development consists of an elegant tower apparently rising behind the historic Herald and Weekly Times (HWT) building. The historic building is preserved for three structural bays behind the facade, with the creation of a striking atrium space that provides excellent address to the tower from both Exhibition and Flinders Streets.

The architectural form of the tower is based on the idea of breaking up its bulk by expressing it as four tall slim glazed elements sliding past each other. The open frame at the lower levels separates the tower from the HWT podium. The stepped form of the tower elements at the top creates a distinctive building signature which makes this building an exciting addition to the eastern precinct of the CBD. 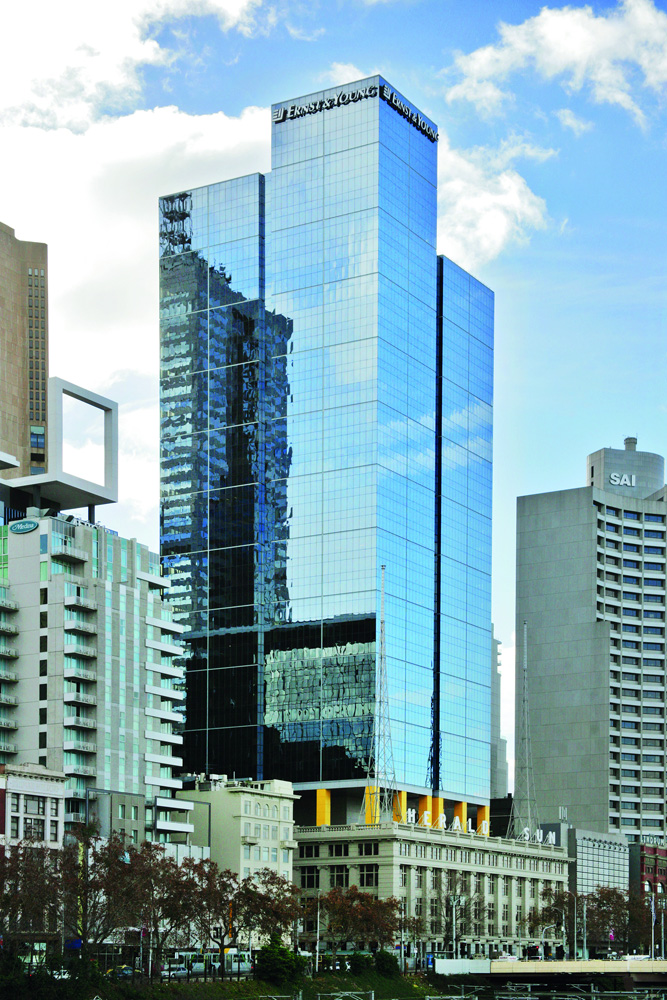 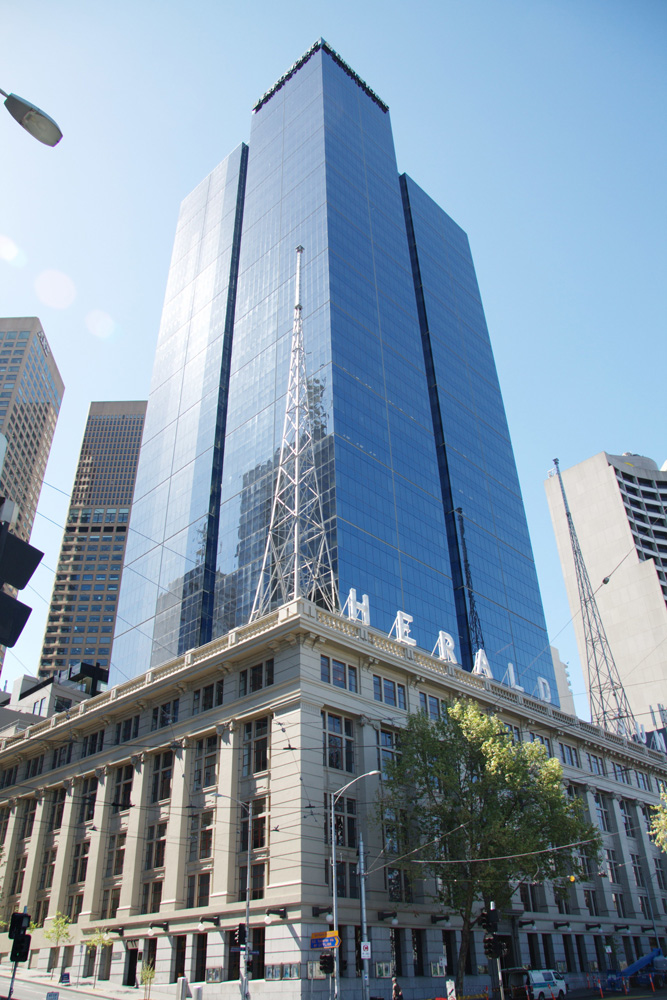 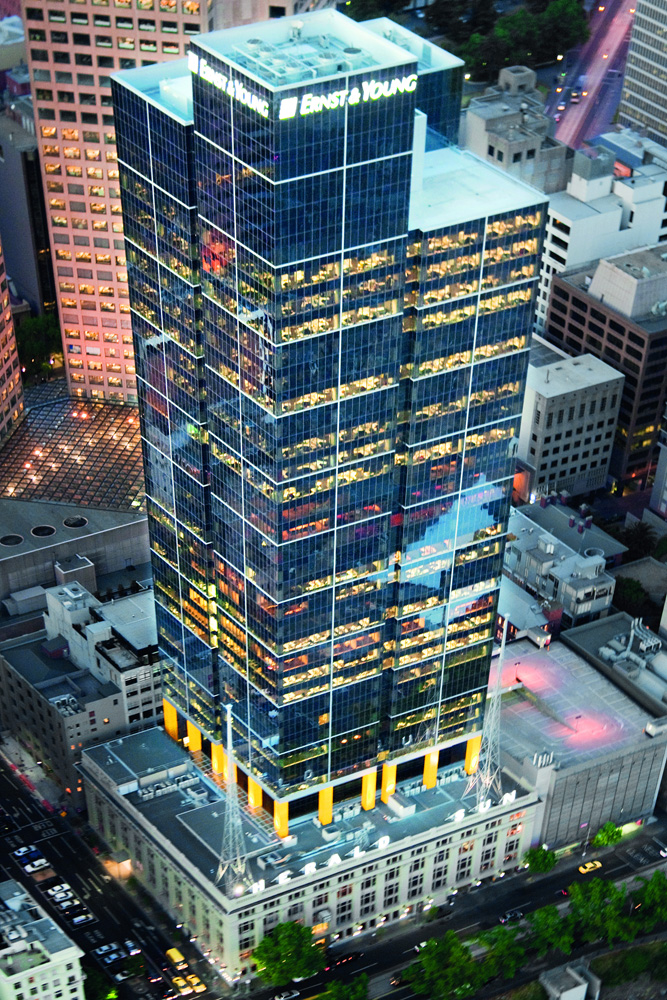