A major civic and arts precinct on the principal ceremonial axis of Melbourne, created to celebrate the centenary of Australia’s Federation in 2001.

Denton Corker Marshall was one of five practices shortlisted to participate in the second stage of the international competition for a new complex at the edge of Melbourne’s distinctive city grid.  The designed proposed  four integrated areas – a new civic square, a modern wintergarden, performance and exhibition facilities, and a cinematic centre.

The centrepiece of the design was a 100 metre transparent steel and glass tilting tower.  A symbolic gesture containing only a viewing platform, it paid respect to the cathedral spire adjacent and the nearby tower of the Arts Centre.  It would become an urban icon  /marker for Melbourne focussed on a narrative about the Federation of Australia. 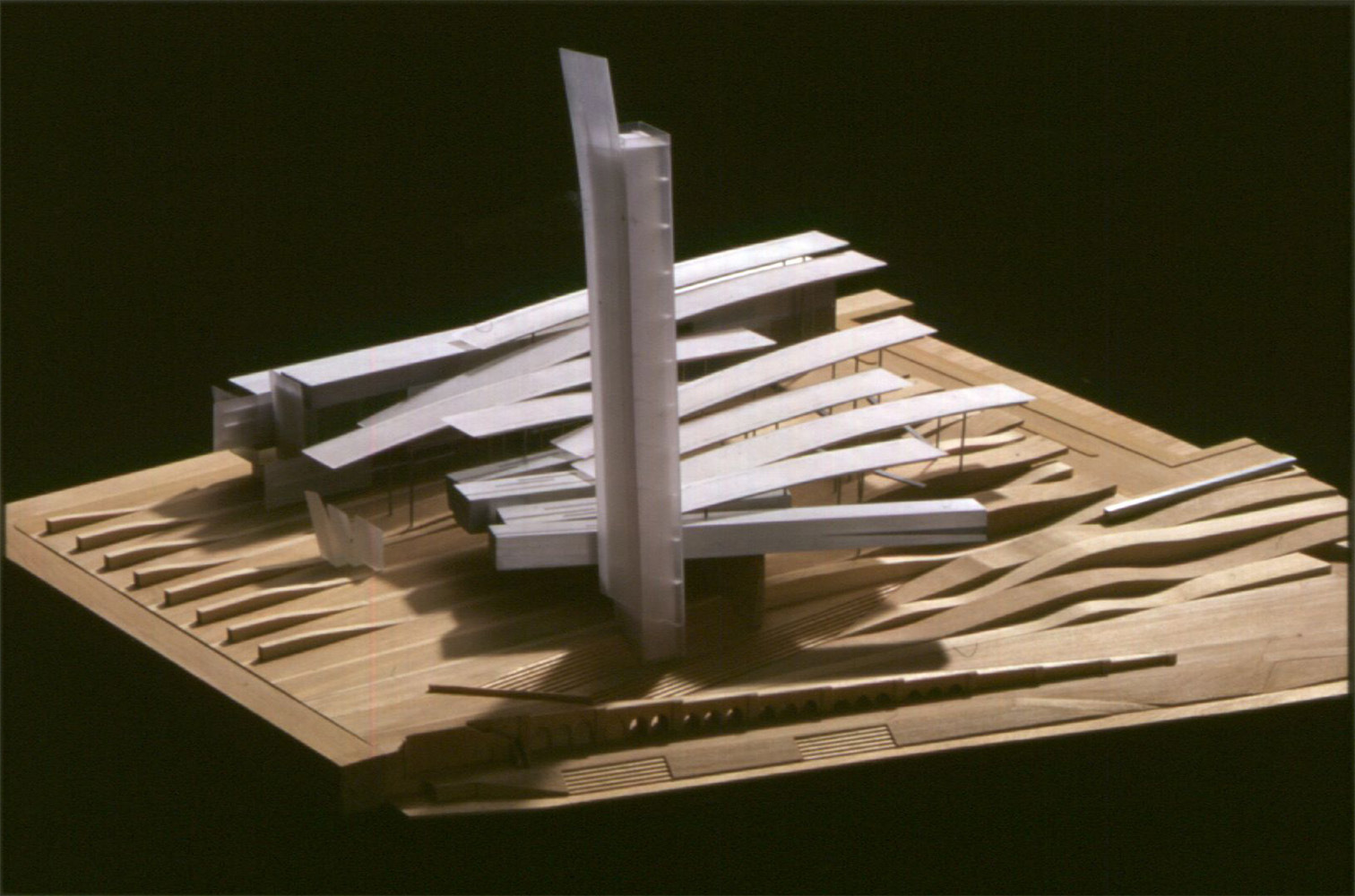 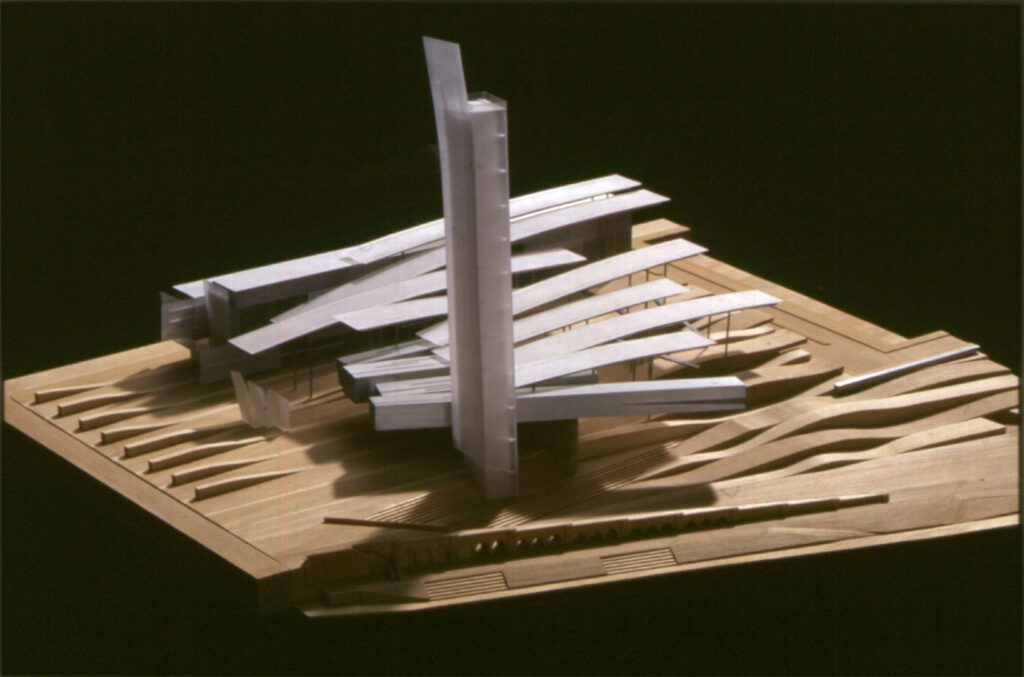