Inflated in scale, abstract in form and brightly coloured, the composition of modern urban installations along the CityLink freeway from Melbourne’s international airport makes for a memorable entry into the city.

The composition is a huge urban sculpture; a powerful and dynamic salute welcoming visitors.  Its gesture is dramatic, elegant and designed to be read at the speed of a moving car.

From the northern approach, what appears as a closed-off red wall quickly reveals itself as a giant ‘picket fence’ of 39 red sticks, a permeable screen of sculptural elements in the landscape.

A raked yellow beam cantilevered 70 metres over the roadway, is a symbolic archway – the modern urban equivalent of the universal boom gate in the up position.

A sinuous orange sound wall tilts over at 12 degrees and becomes vertical before tilting backwards.  At around 10 metres high and half a kilometre long, it is the symbolic city wall. 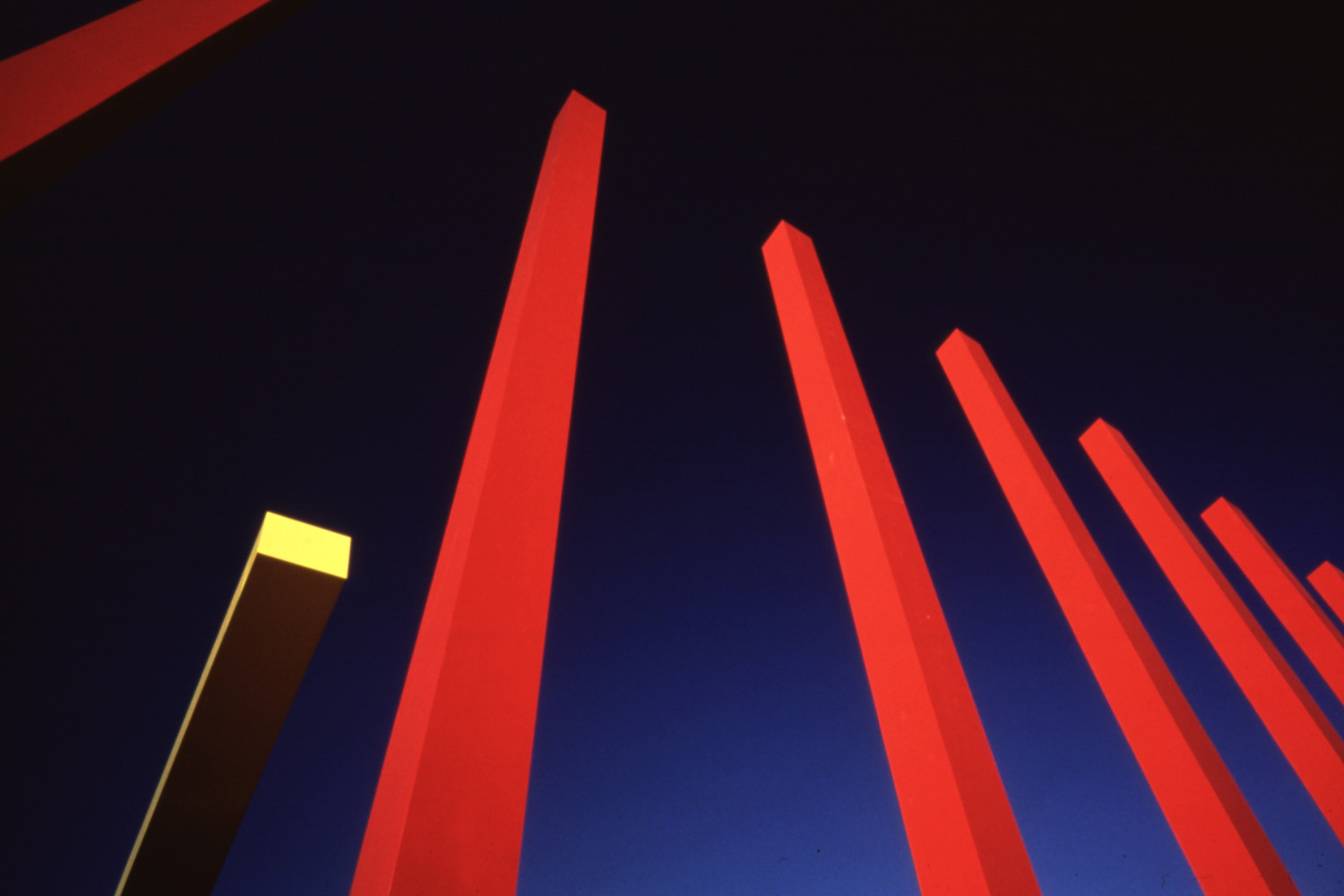 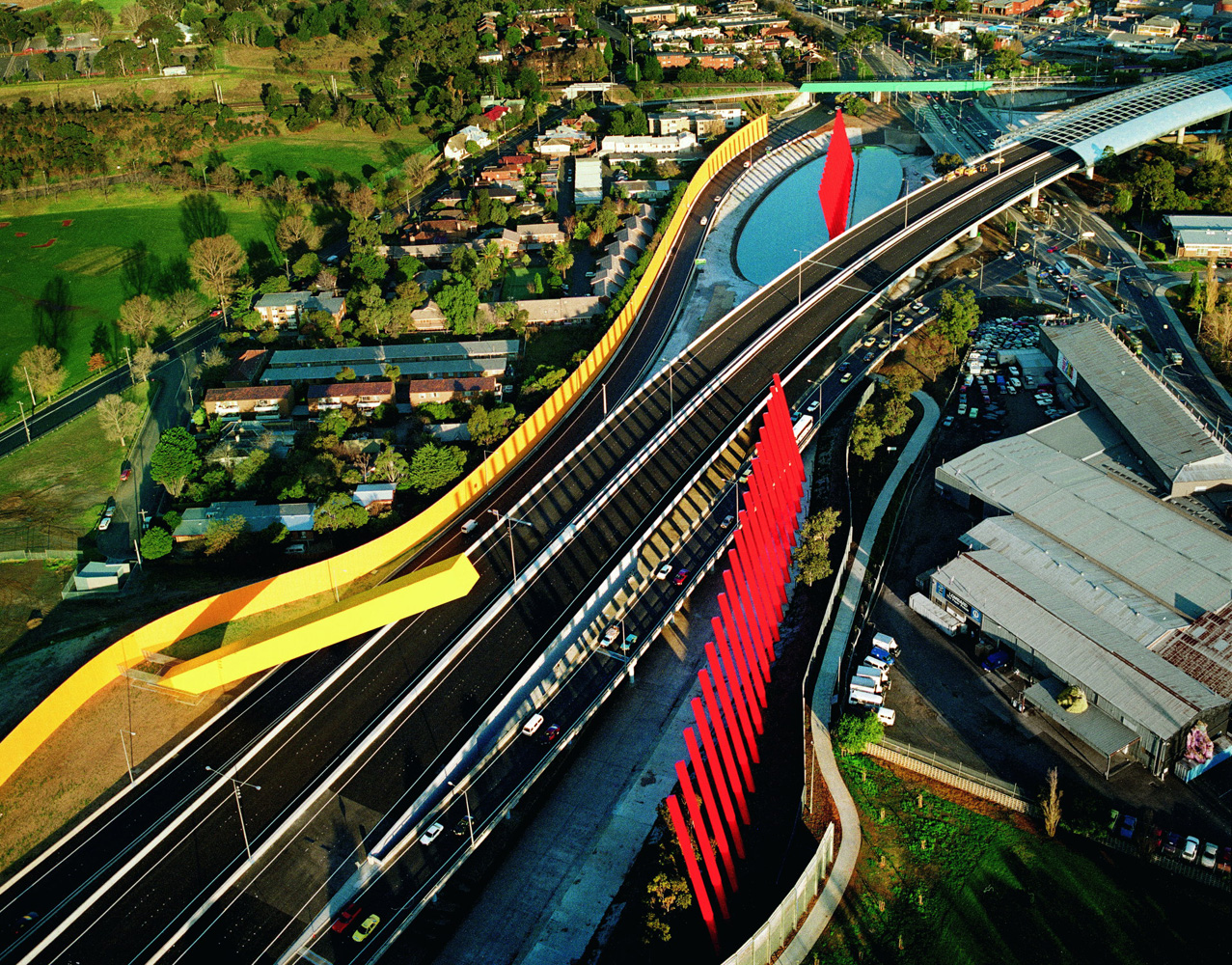 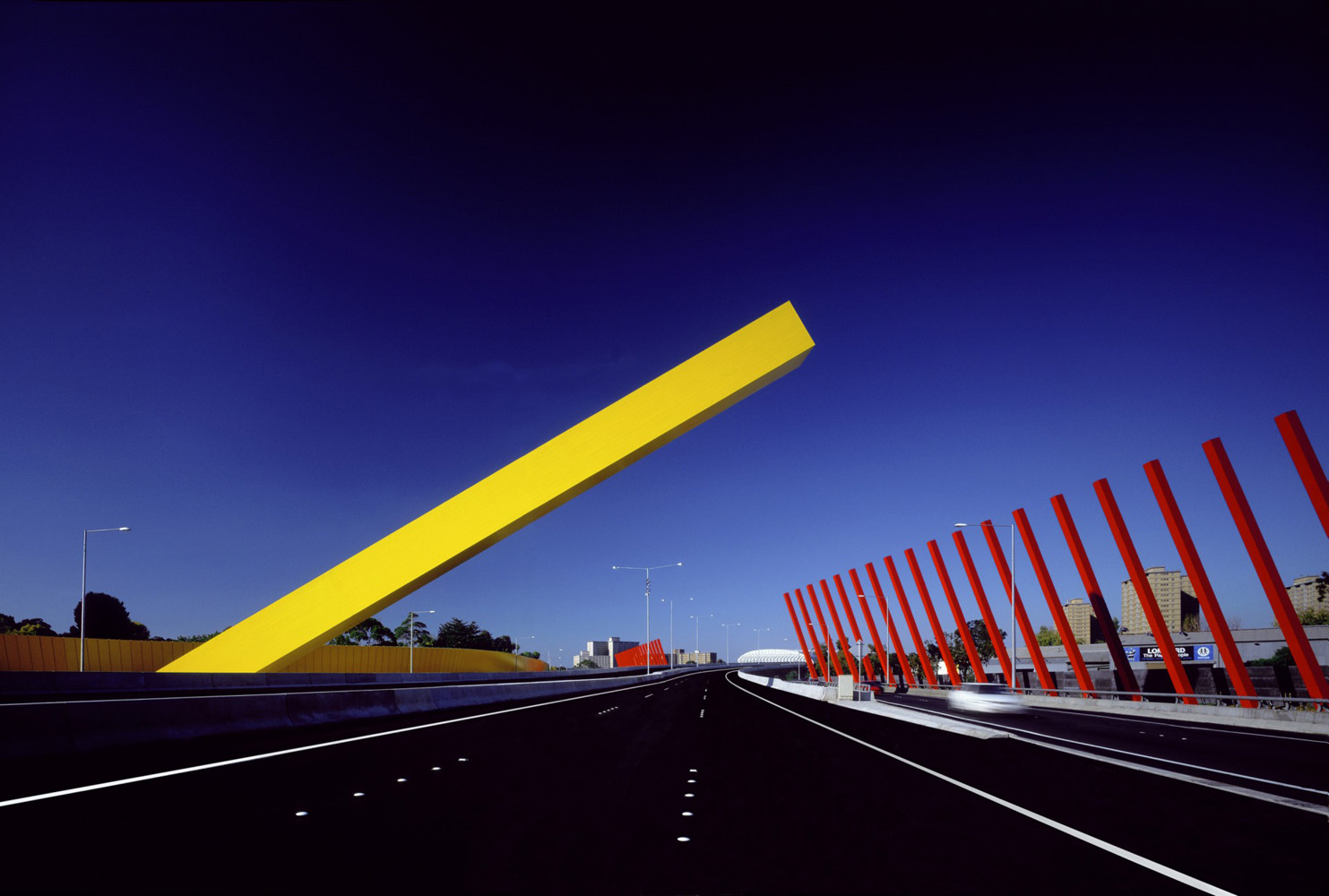 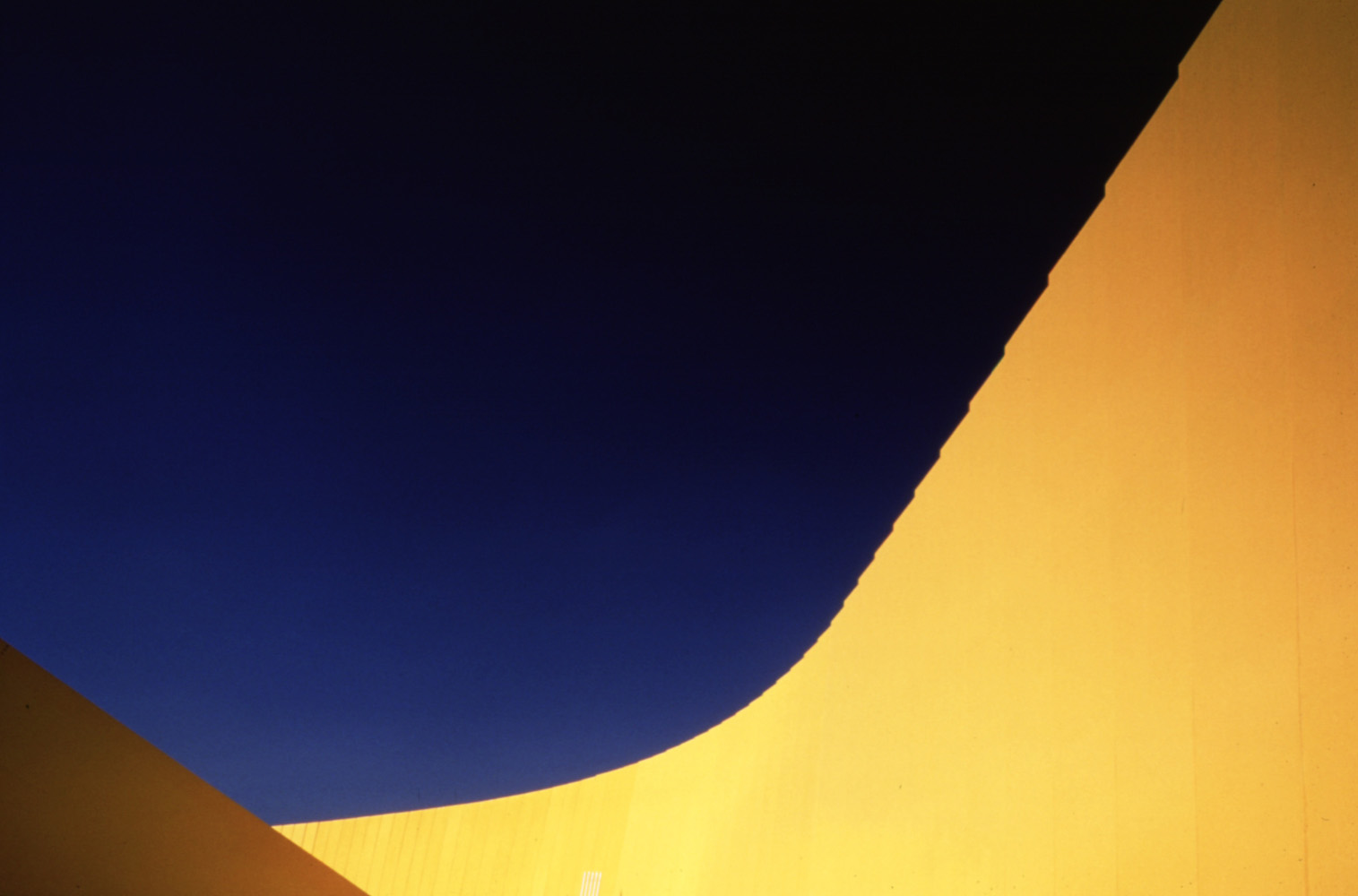 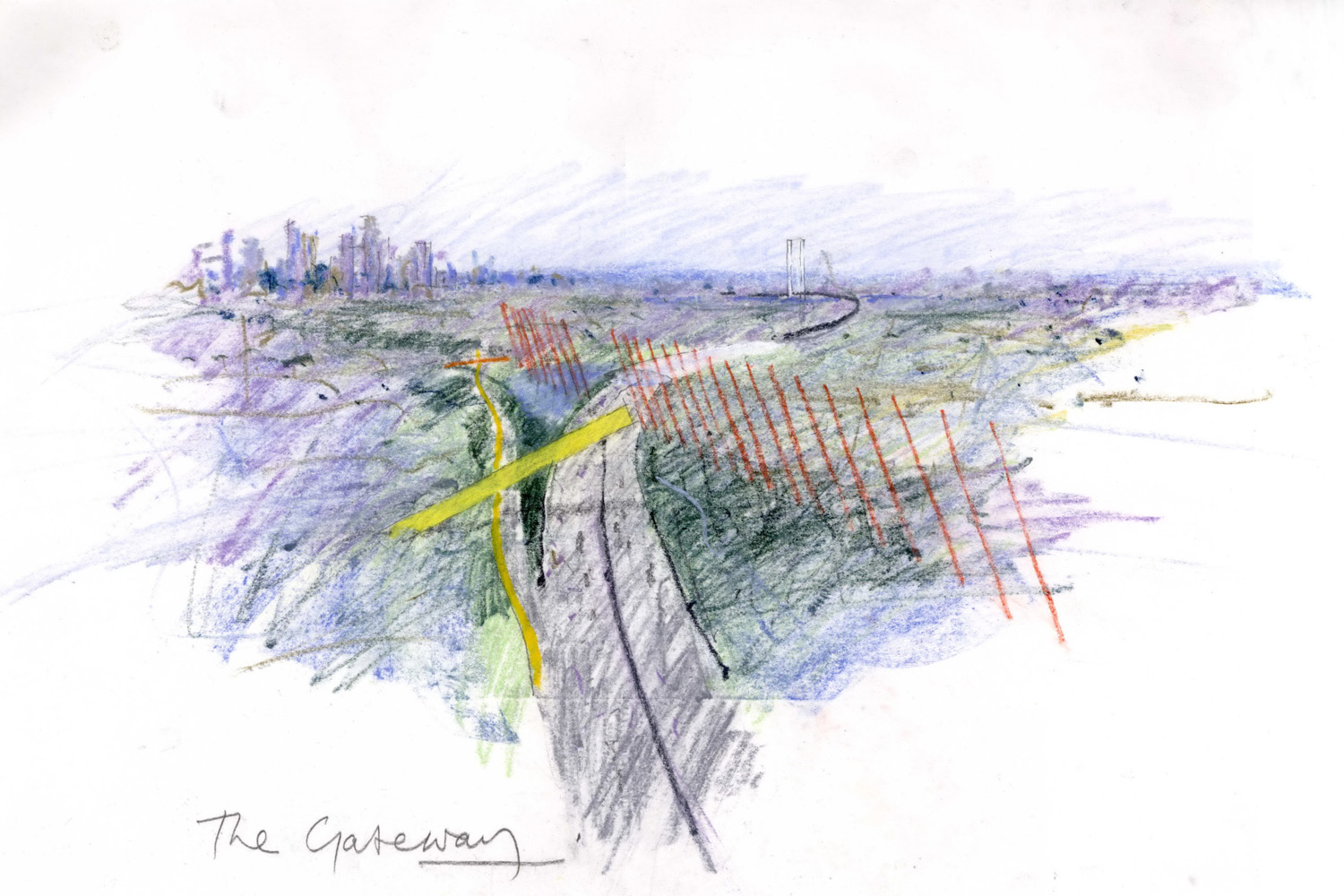 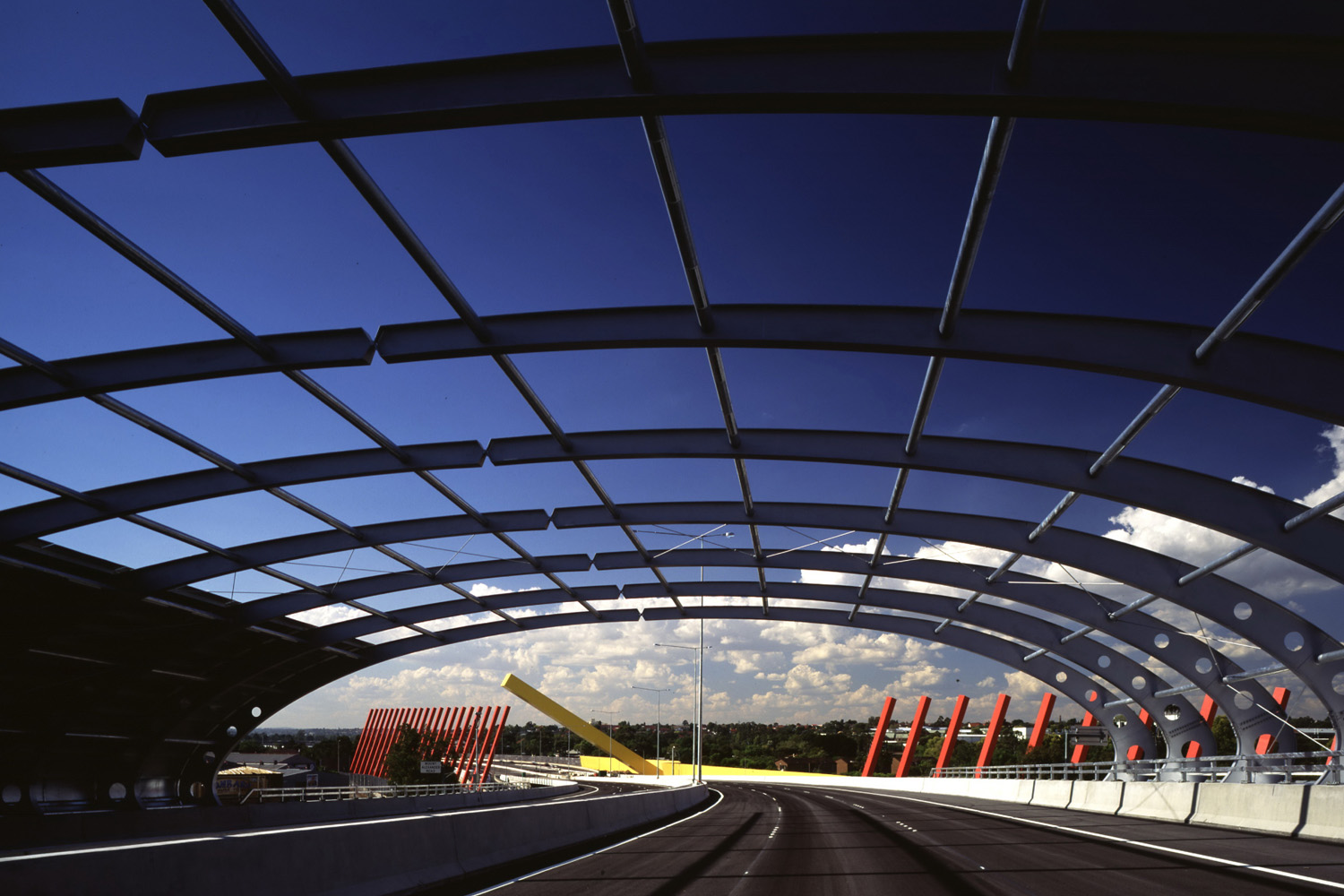 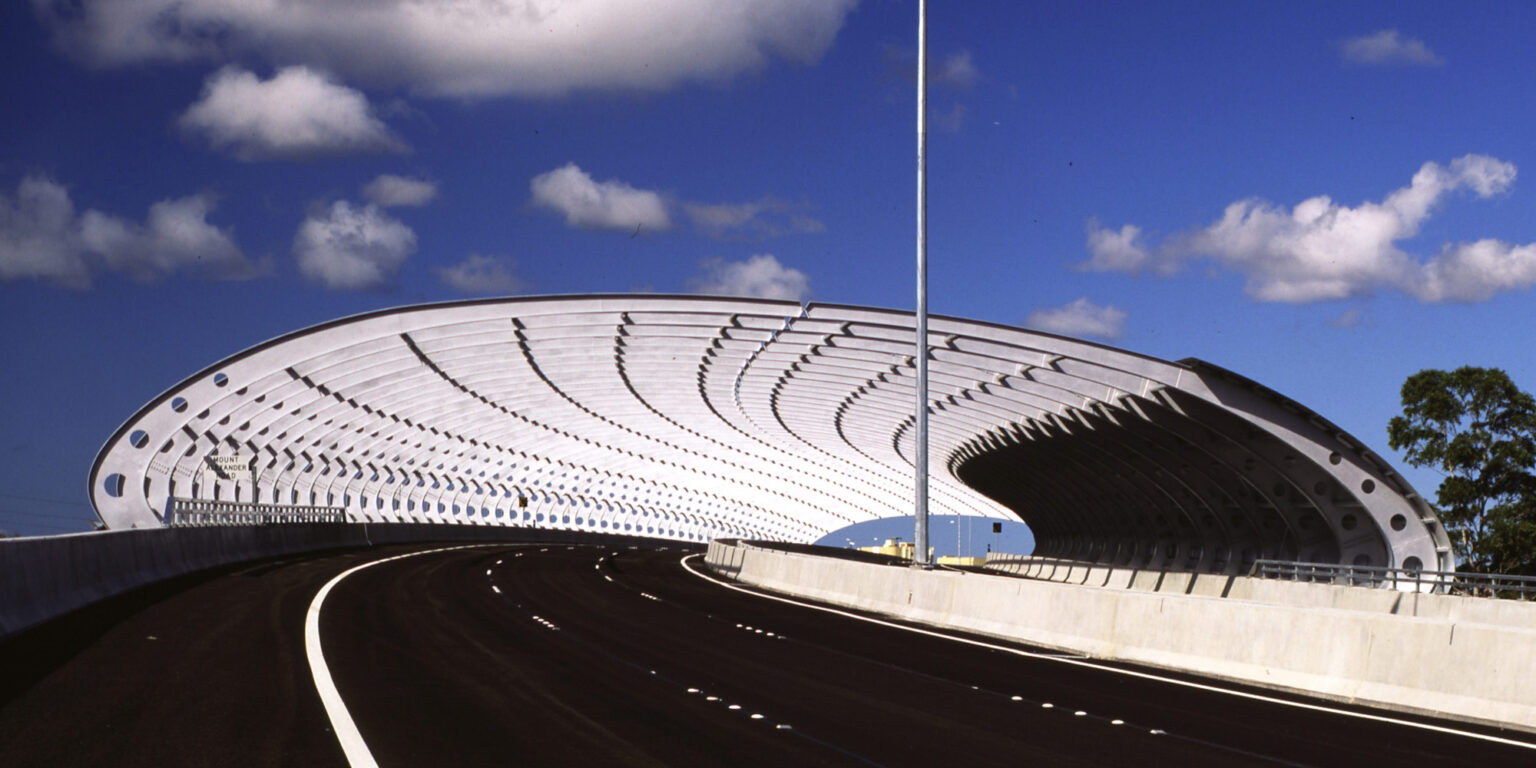 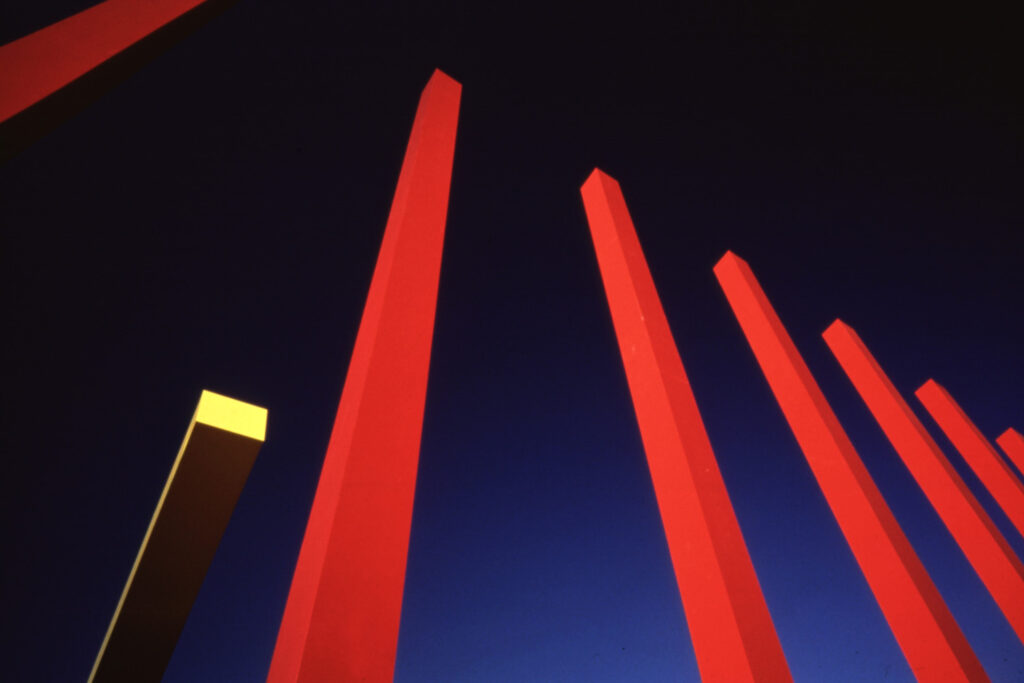 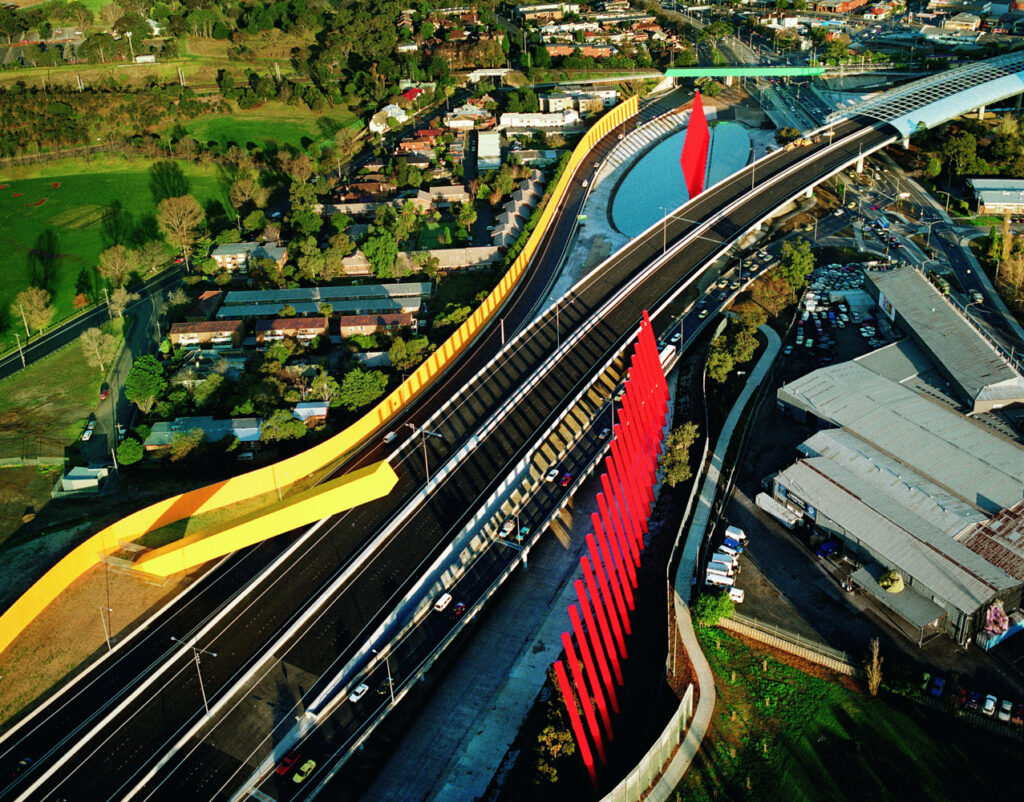