A museum dedicated to the early European settlement of Sydney, located on the site of the First Government House in Australia.

The museum, defined by two large sandstone walls, is a three-storey building along the southern boundary of First Government House Place, partly within the footprint of Governor Phillip Tower.

Developed around a plaza – Governor’s Place – the museum covers the archaeological remains of the First Government House, built more than 200 years ago.  A particularly poignant sculptural installation was commissioned for the site: ‘Edge of Trees’.  It was created by an indigenous and a European artist, and reflects on the first landing by Captain Cook at Botany Bay, seen by the local indigenous tribe from the edge of the trees. 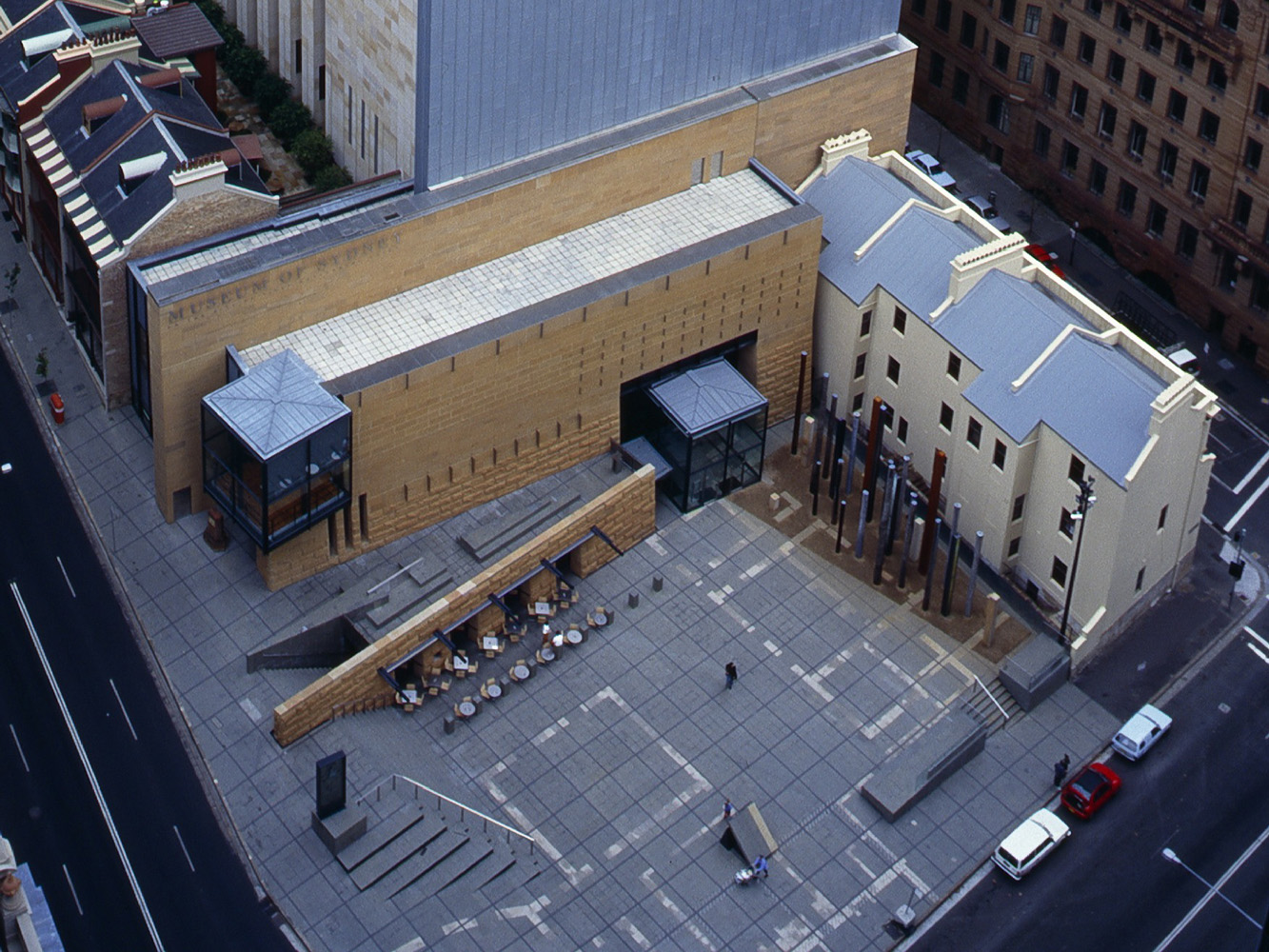 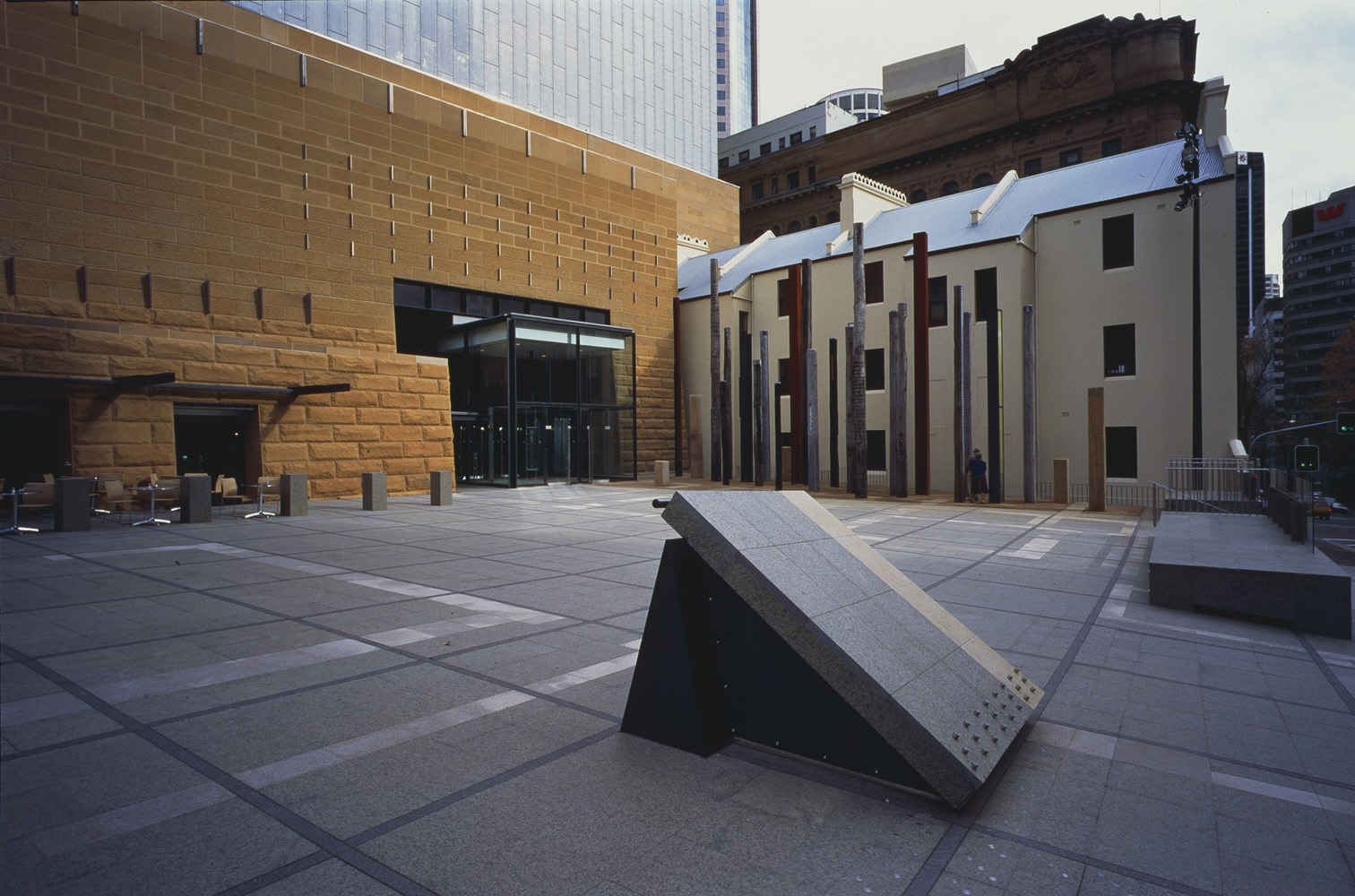 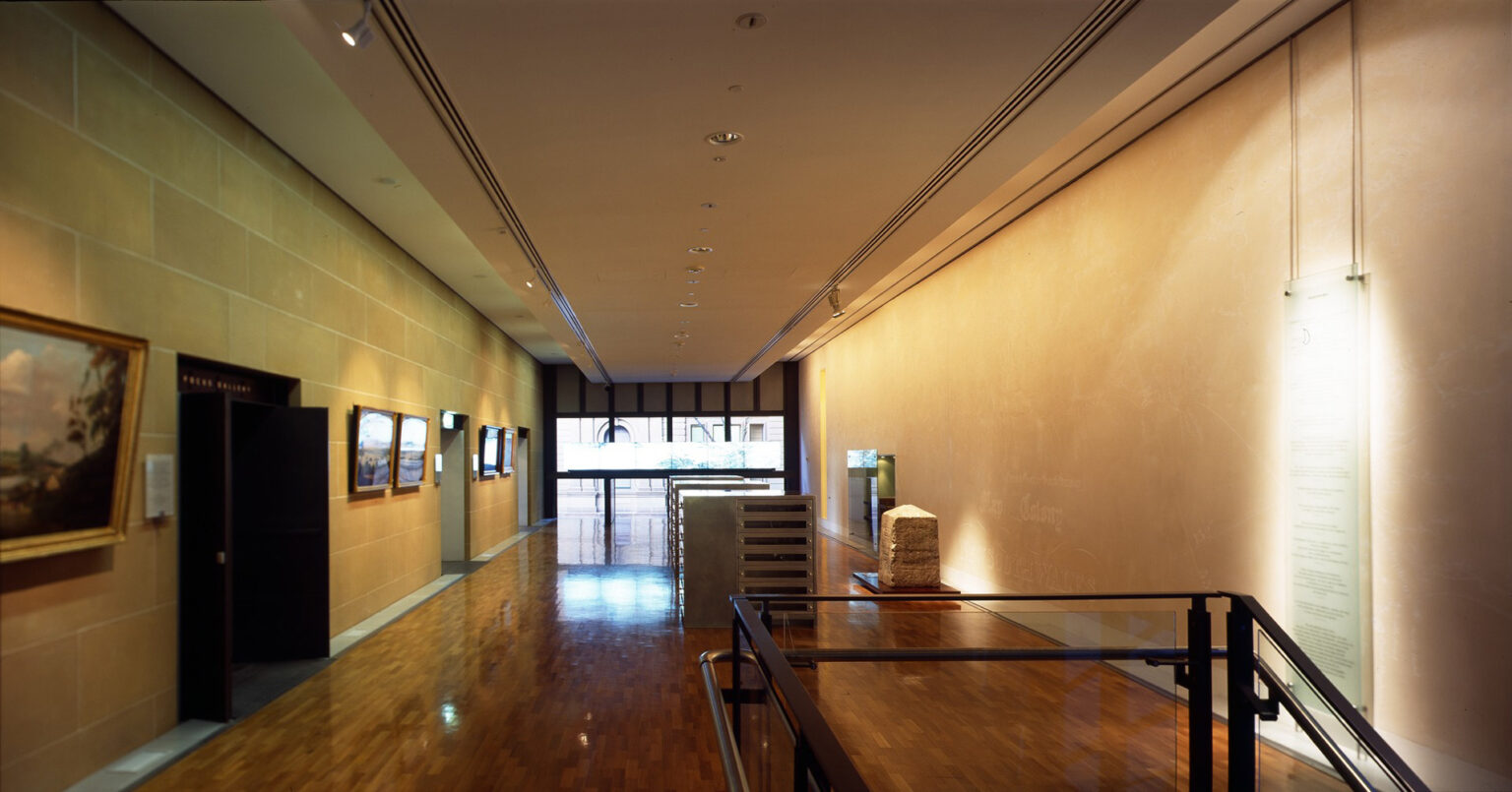 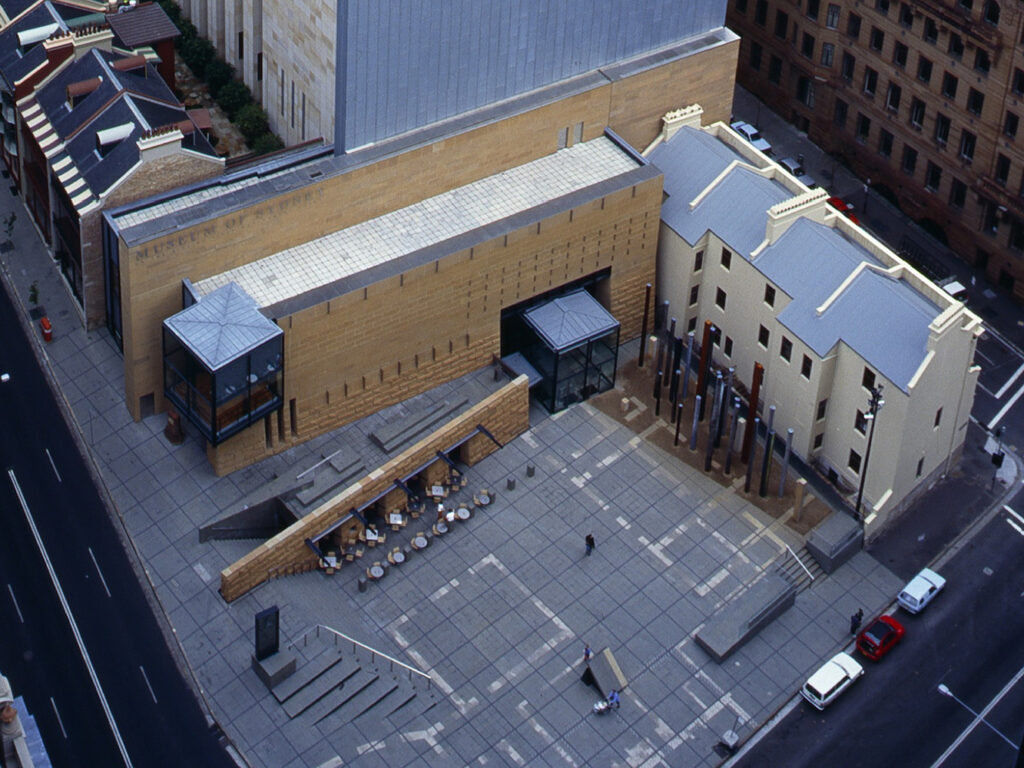 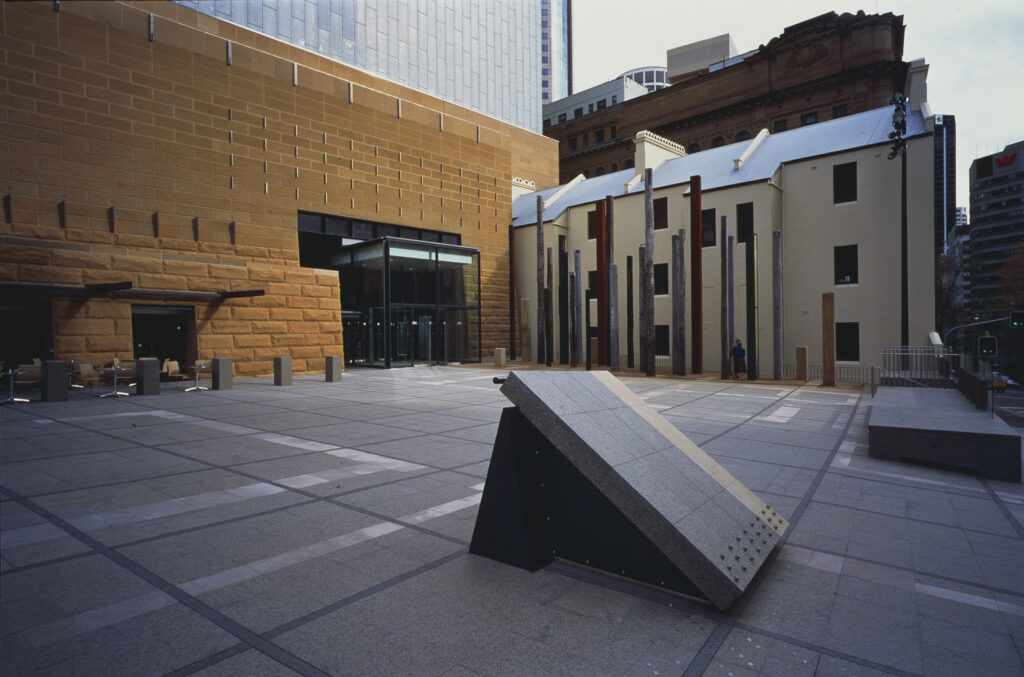 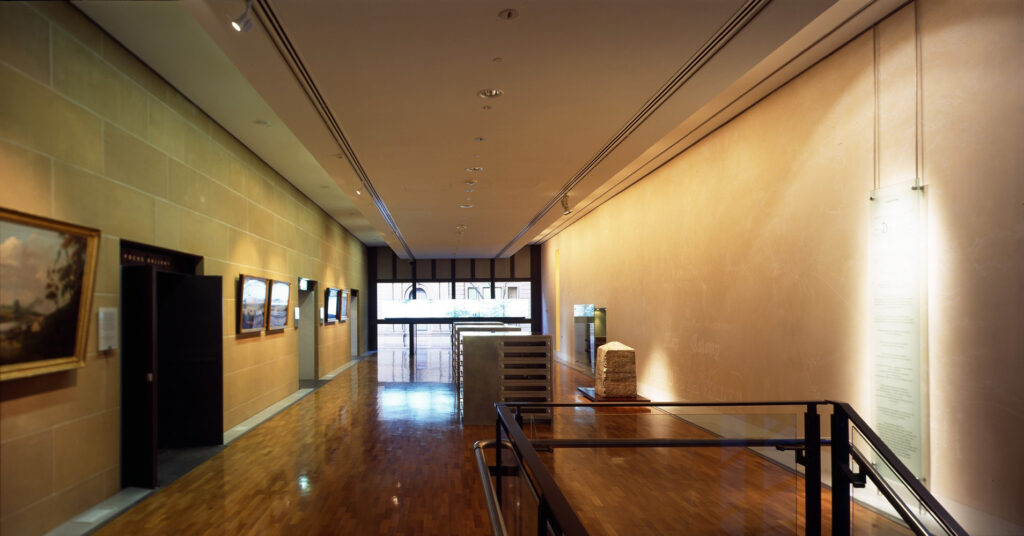