The Pullman Hotel Liverpool is a new 4 Star 200 bedroom hotel developed as part of the Exhibition Centre Liverpool (ECL) project, located on Liverpool’s historic waterfront. Denton Corker Marshall carried out all of the architectural and interior design services for the project.

The hotel building is situated over the Exhibition Centre and is expressed as a series of horizontal ‘tubes’ which sit on top of one another to create a vertical extension of the strong horizontal form of the ECL. The ‘tubes’ appear as individual blocks that are separate from each other and as though randomly placed on the ECL roof. They are opened up either end to offer breathtaking views at the west end over the River Mersey and on to the east to the magnificent Anglican Cathedral and city skyline.

On completion, the hotel will be operated by Accor as part of their premium Pullman brand. It will become the first Pullman branded hotel to be located outside London and the first new build of its kind in the UK. 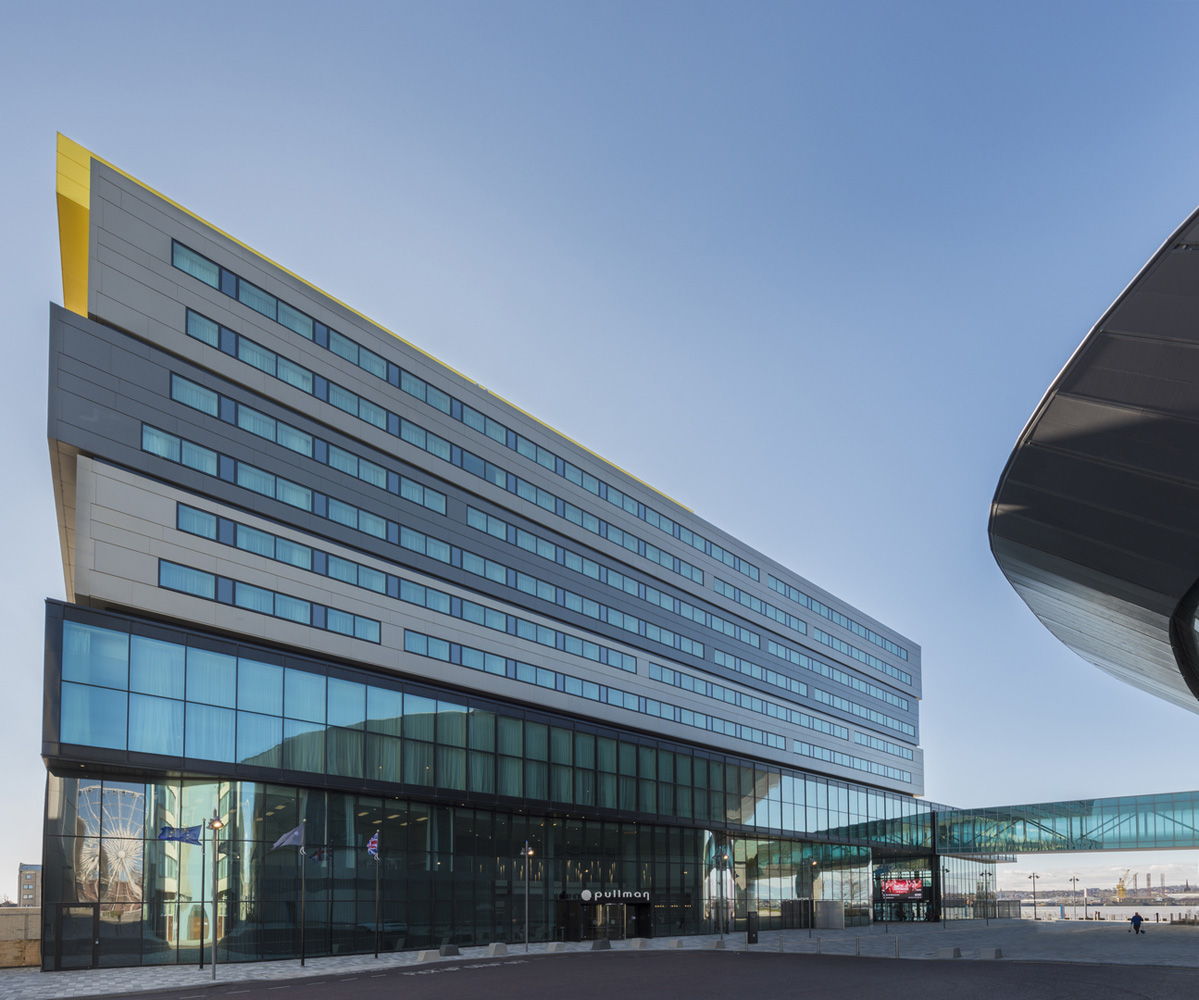 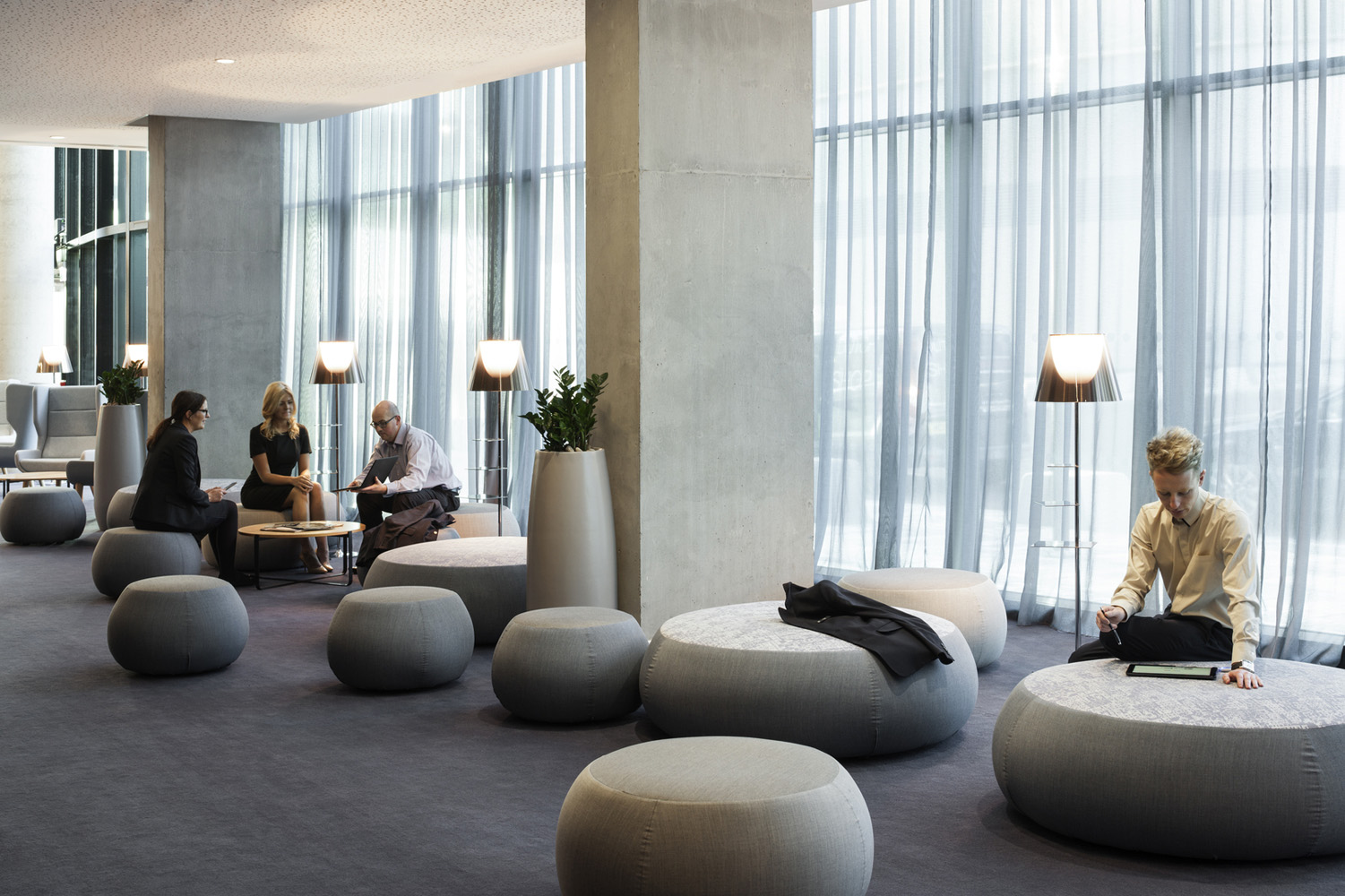 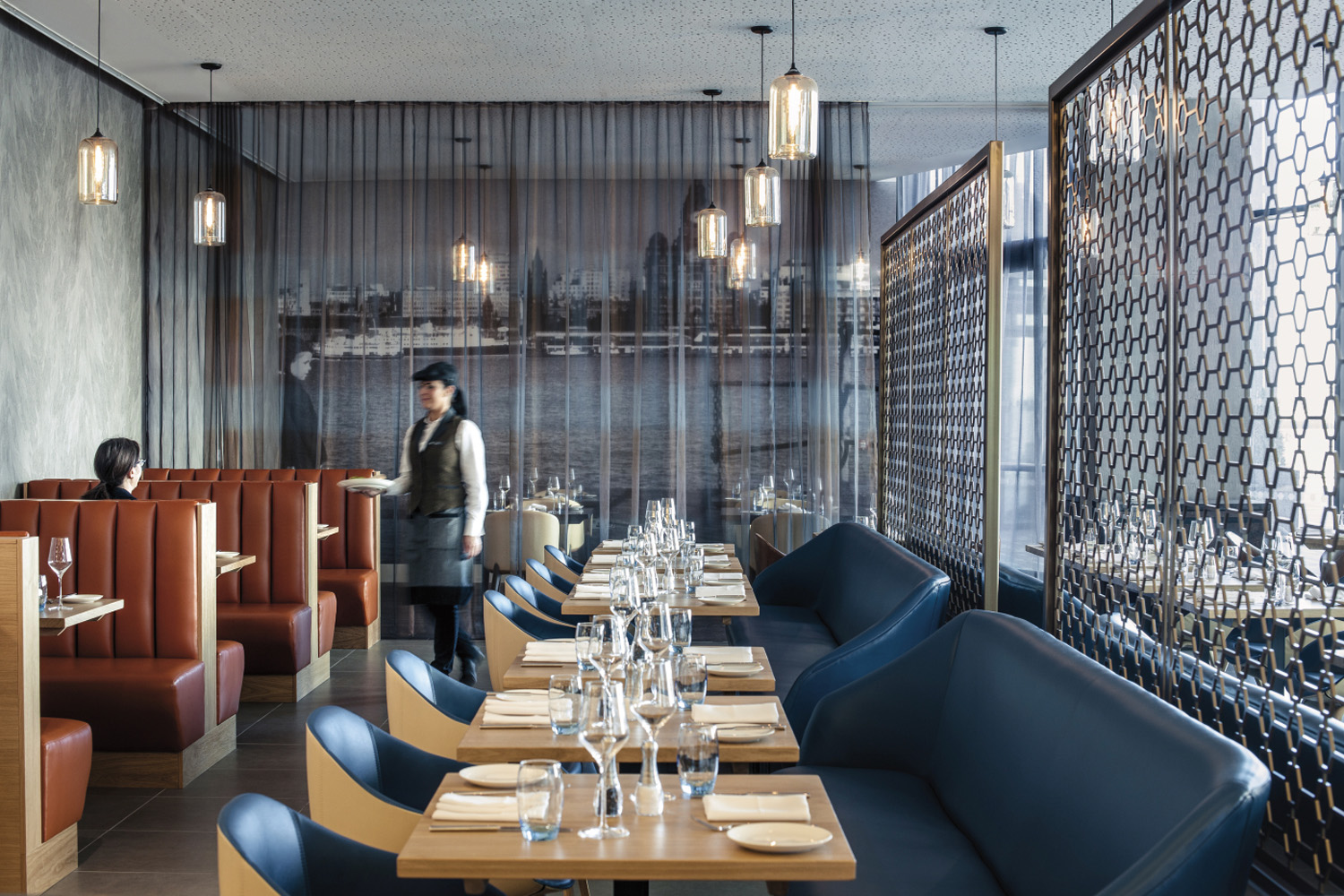 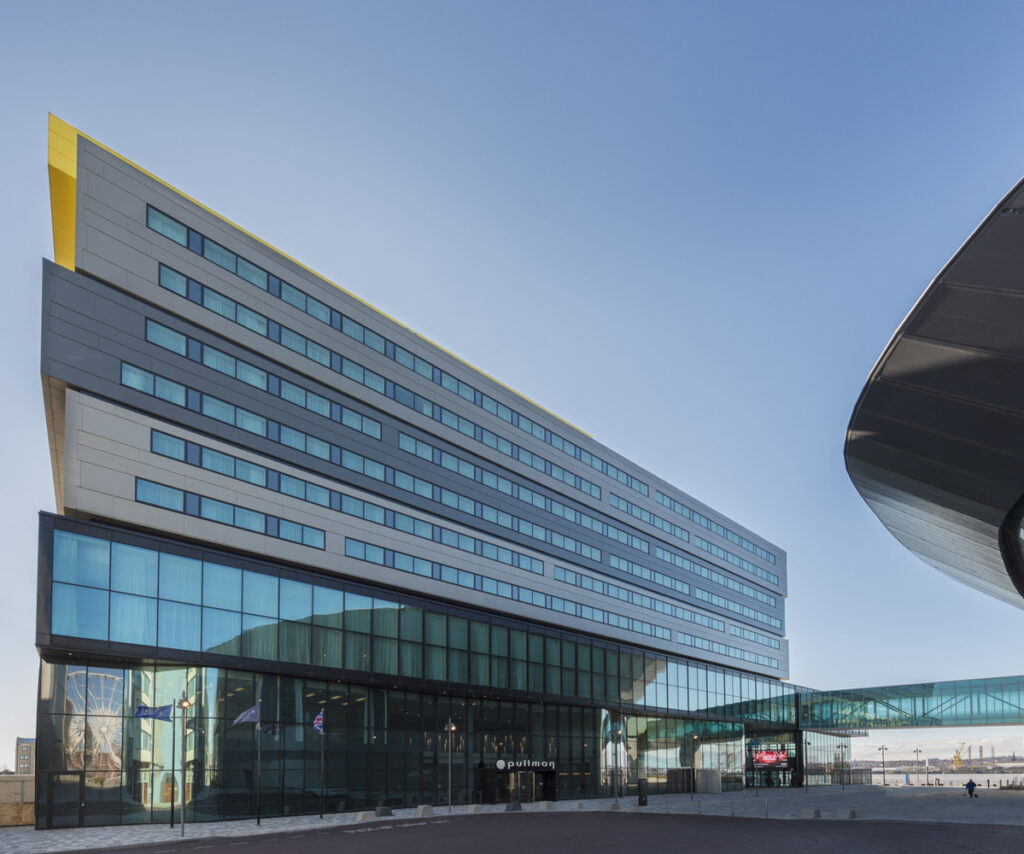 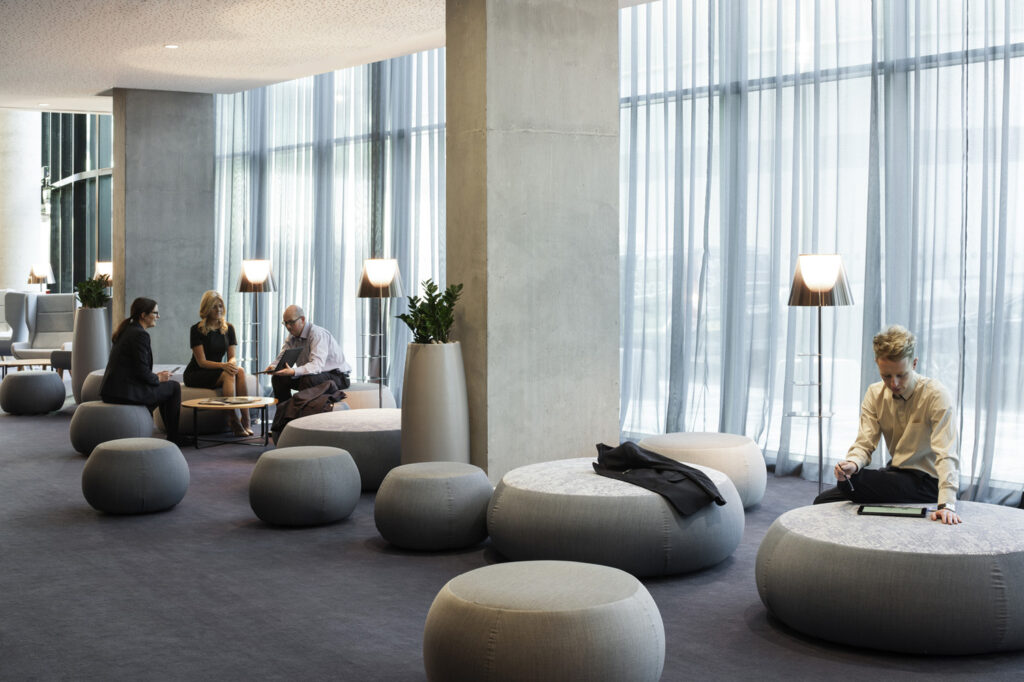 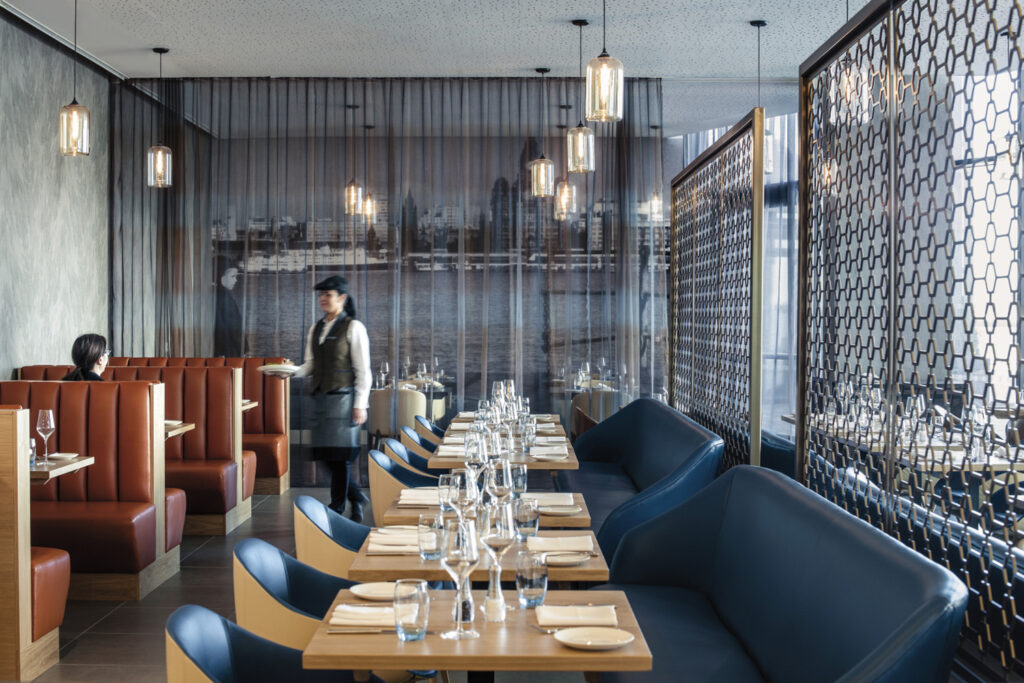