Denton Corker Marshall provided architectural and urban design services for the major upgrade of this critical electrical facility within a sensitive inner-Melbourne precinct. Our design responds to the two distinct character areas neighbouring the site and embraces their differing demands.

The character of the design to the north and west of the site is modest, unassuming and visually recessive. The concept design uses a digital print cladding of abstracted foliage that is applied to the elevations of the 66kV and 22kV buildings. A parapet extends beyond the base height of the building and uses perforations to feather the outline of the building form into the skyline. The objective is to minimise the visibility of the new additions by producing a camouflage effect.

The character of the concept design to the south and east sides of the site is distinctive, engaging, visually attractive, and creates a positive interface between the private and public domains. The 220kV is only visible to a distant and fleeting audience, with key views from the freeway and southern bank of the Yarra River. The concept involves an outer skin of perforated metal that produces a graphic pattern according to the varying size of the holes. Colour-change LED lighting within the ‘Lantern’ delivers further visual interest and flexibility at night.

The south elevation is split into two cubes to break up the visual mass and diminish visual bulk. The metal outer skin creates an attractive and active interface with the public domain, and is accentuated by the moving observer of the freeway with play of light and depth. 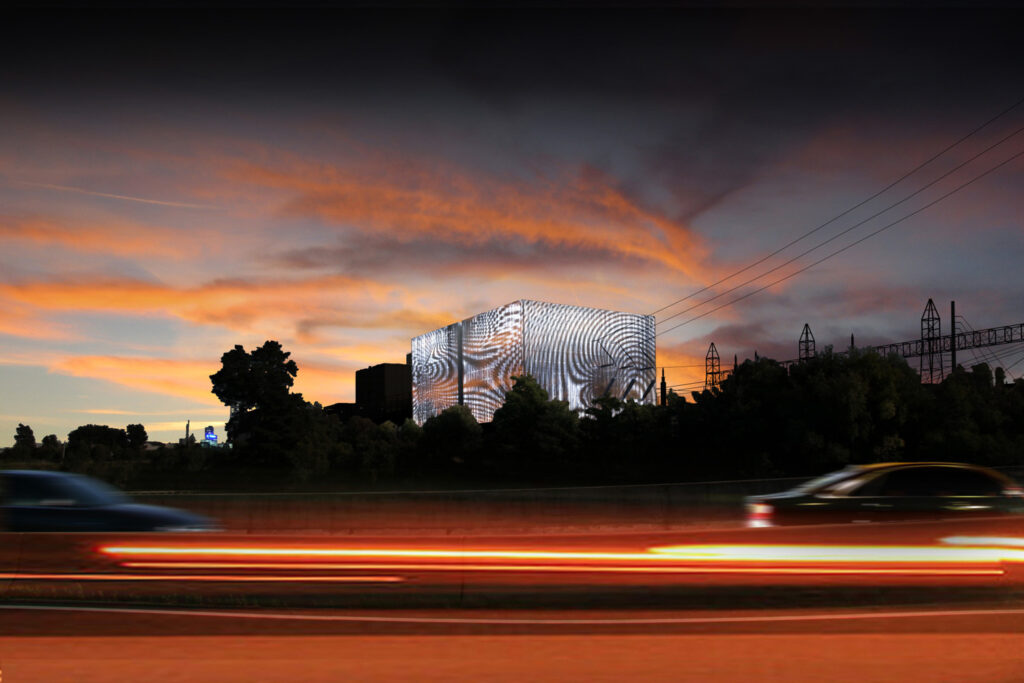