Denton Corker Marshall was commissioned to prepare a new urban masterplan for the former 20 hectare site of Brisbane Expo ’88, located on the south bank of the Brisbane River, looking north towards the city centre.

The objective was to integrate South Bank as a living part of the city and to re-engender its internal coherence.  The masterplan focussed on the removal of its existing negative features to provide a large revitalised area including approximately 15 hectares of parklands and 5 hectares of street space and development parcels.  The linear site divides naturally into three spines: a river spine, a park spine and a street spine.

The strategy was to fill in an existing canal and replace it with a grand arbour running the length of the site; reinstate Grey Street as a functional two-way street; build Little Stanley Street overlooking the parklands; open up other streets and vistas; and build a pedestrian bridge across the river. 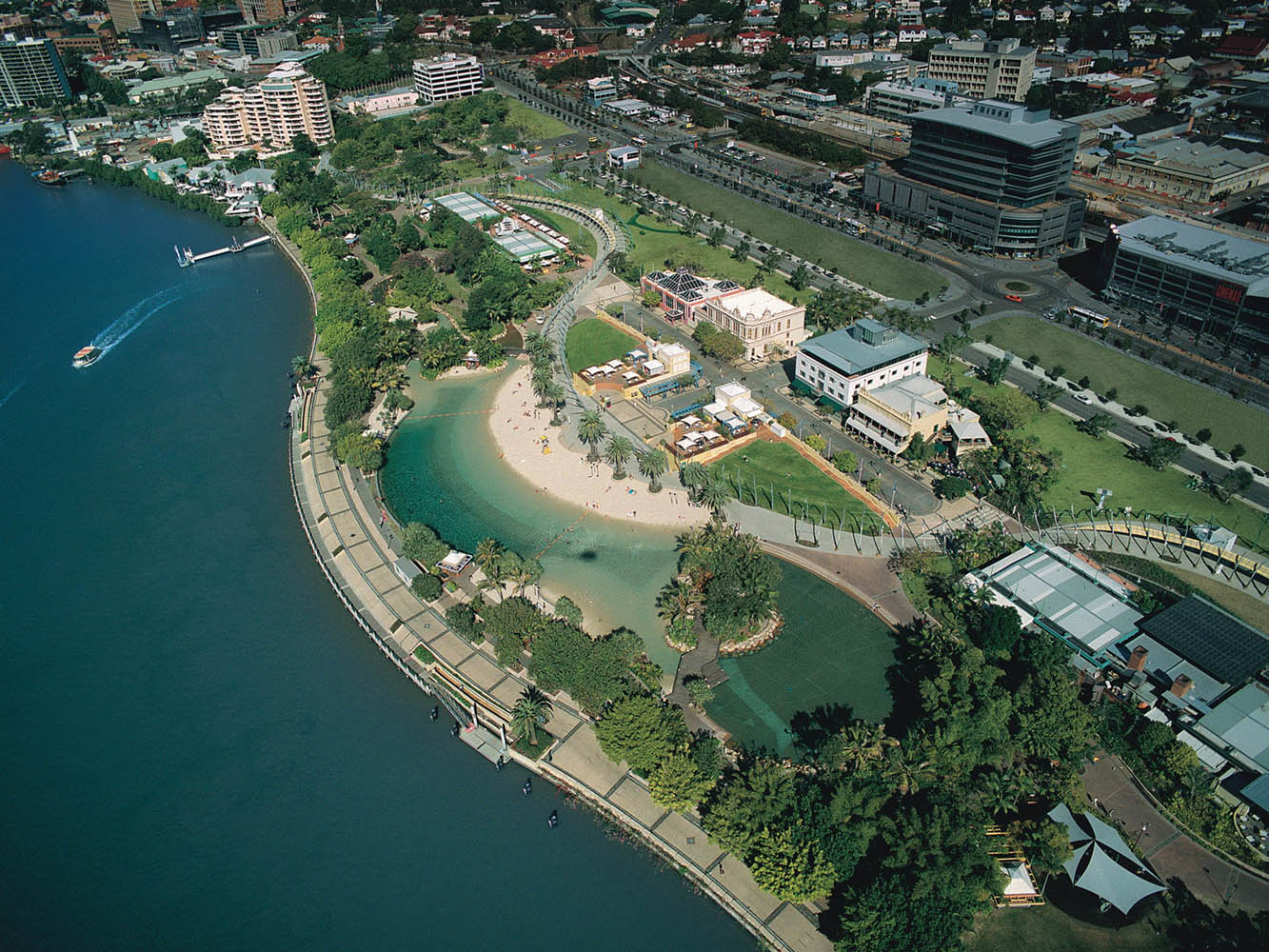 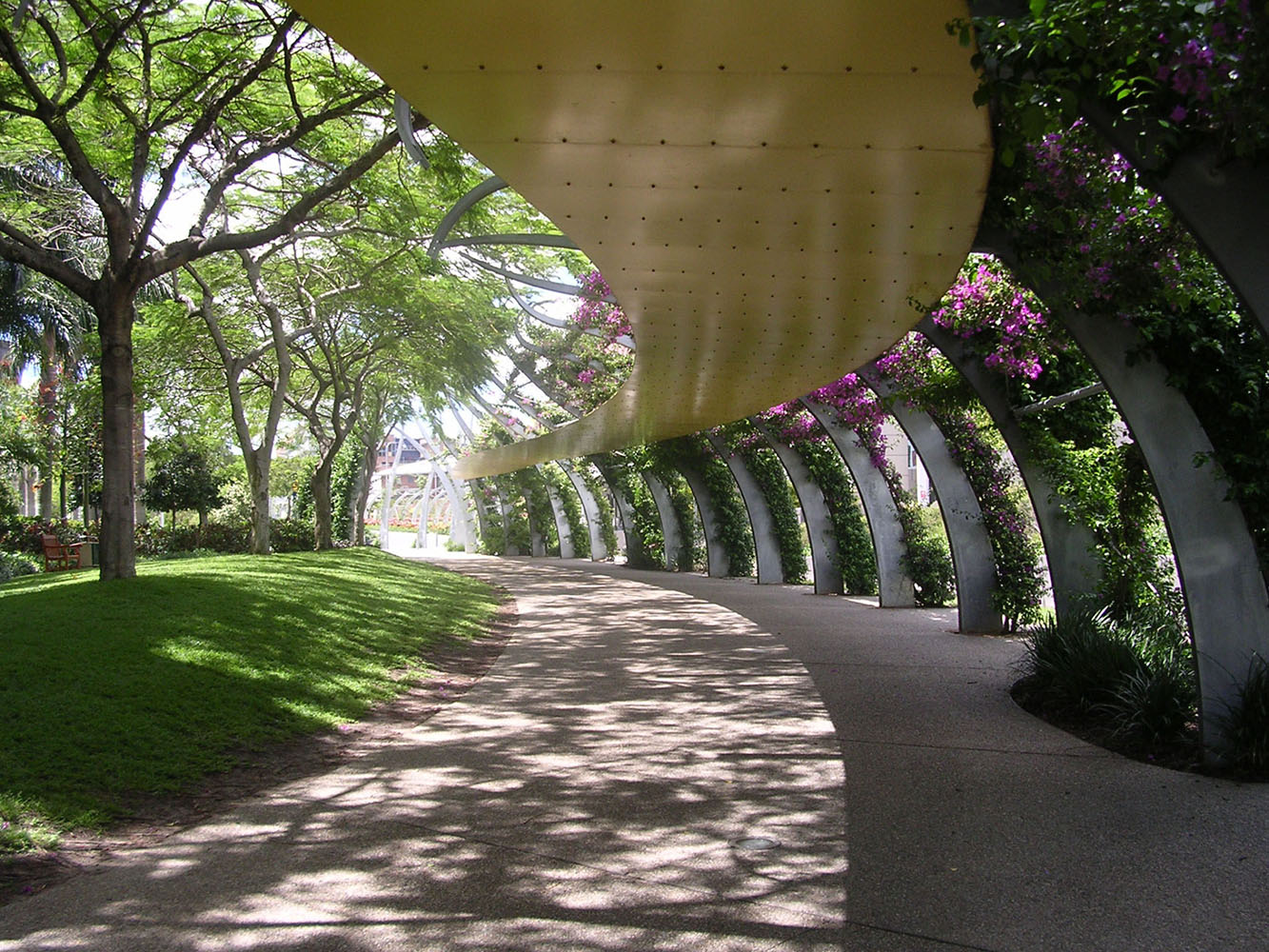 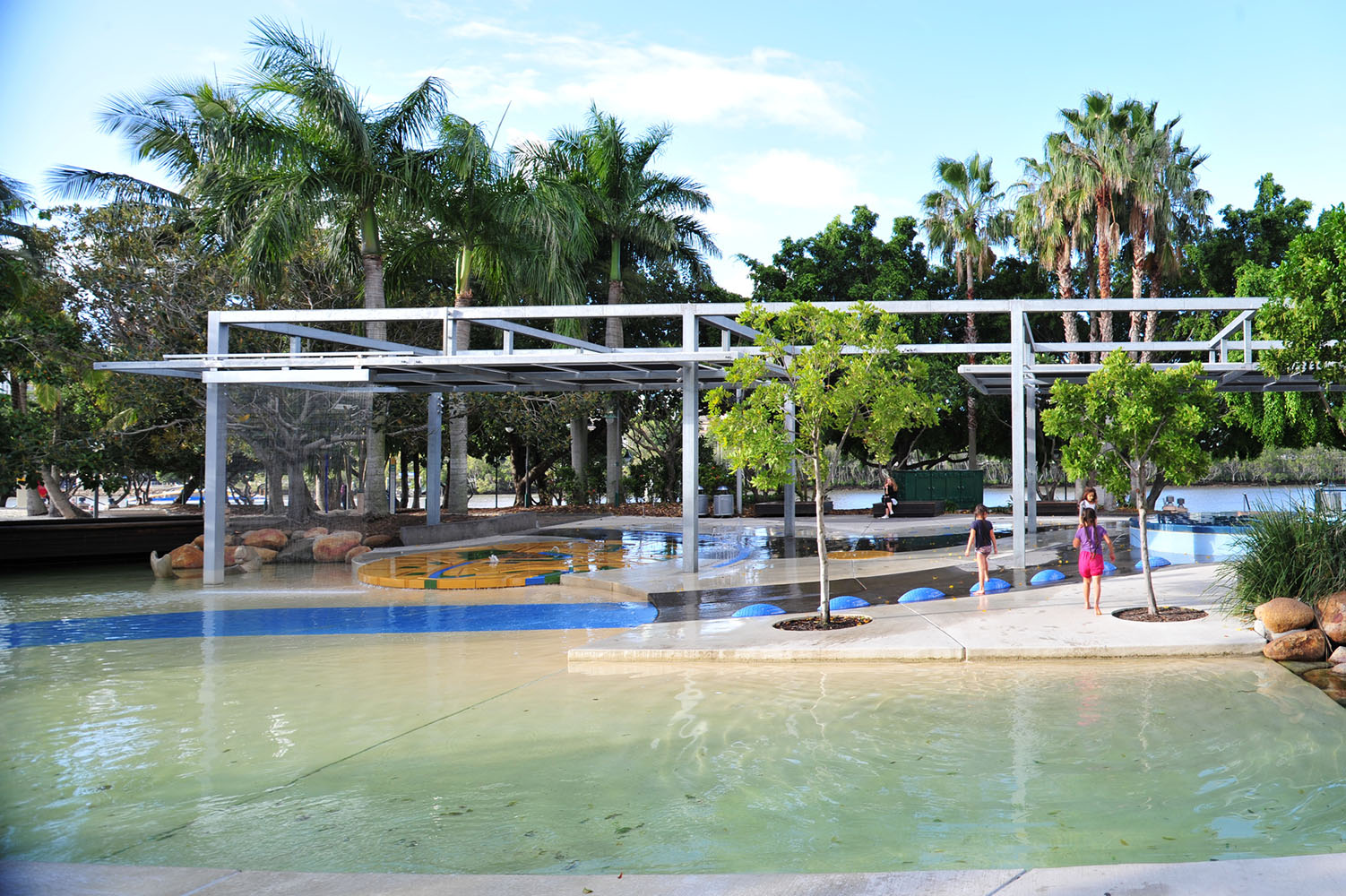 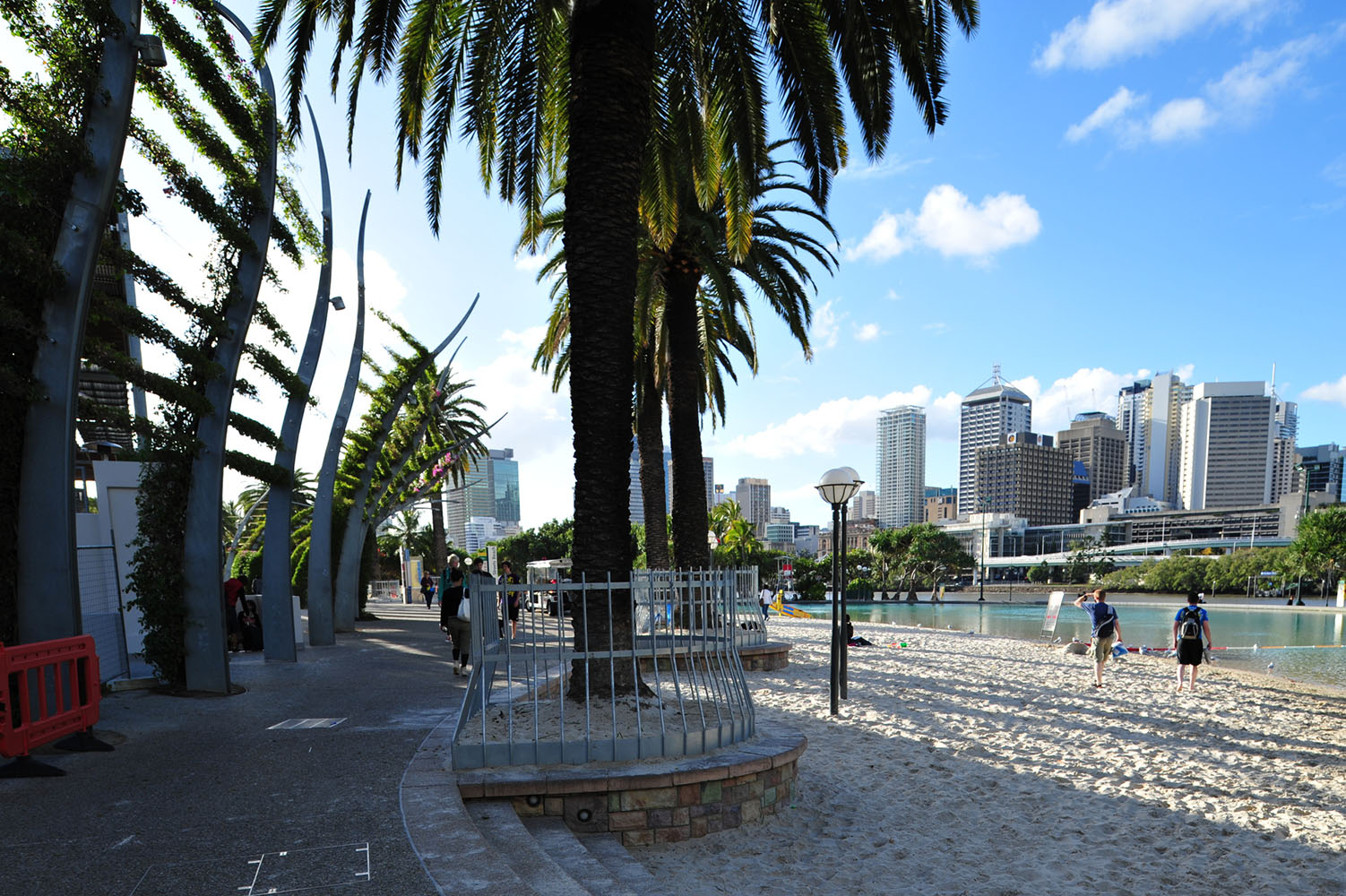 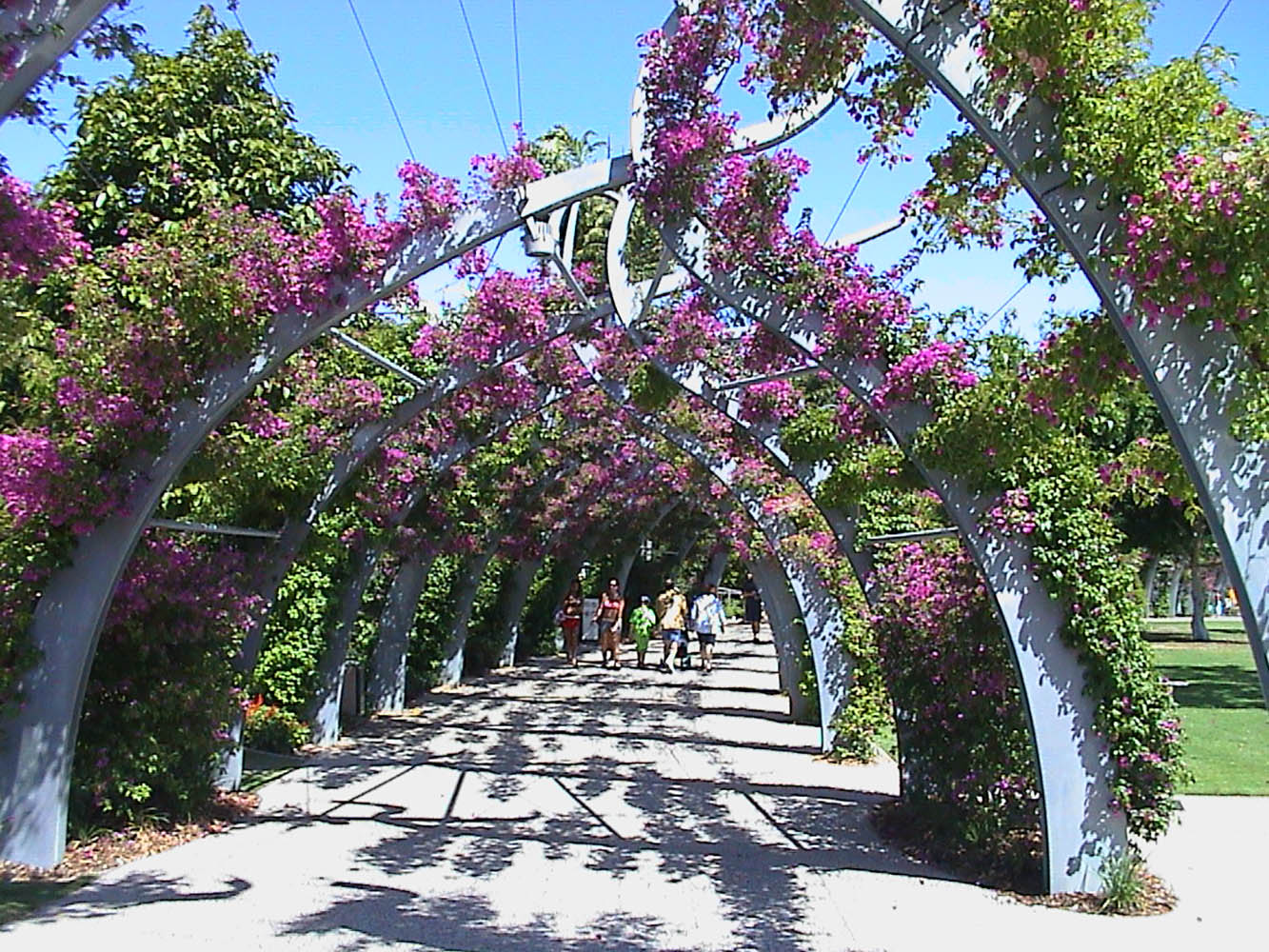 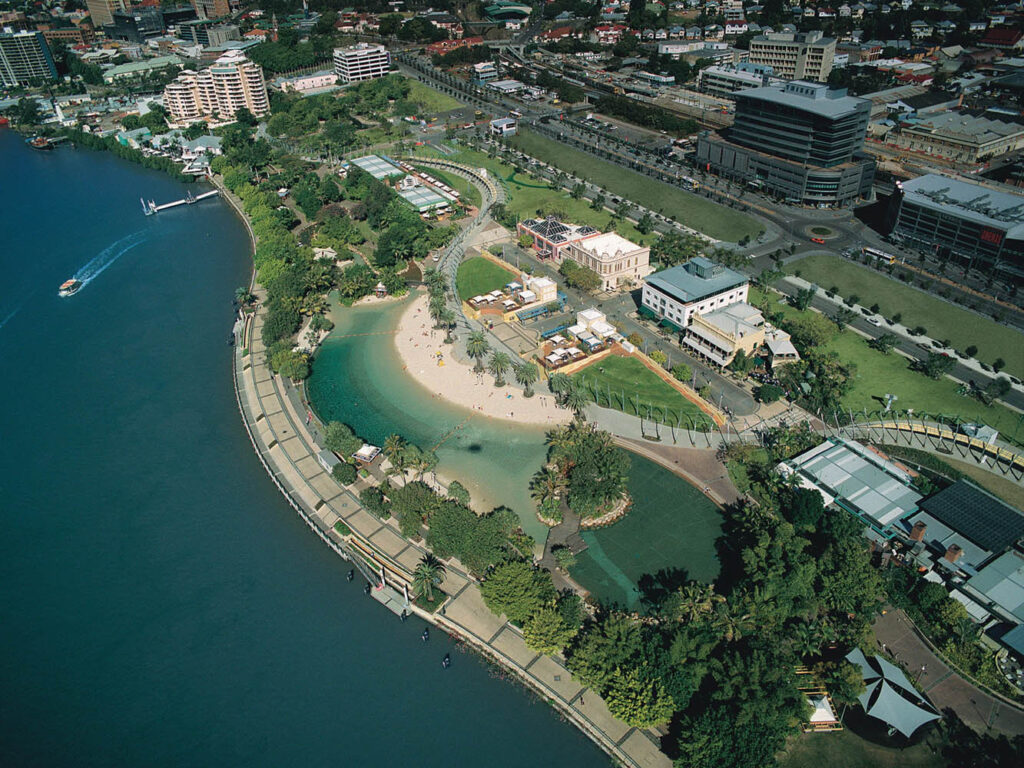 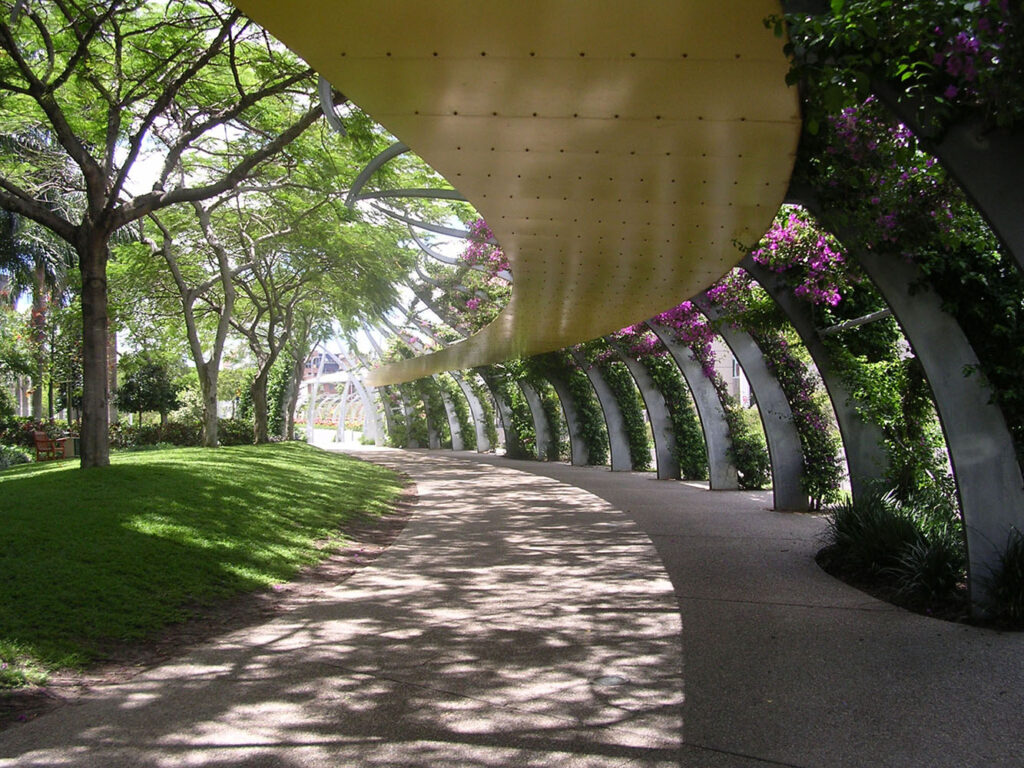 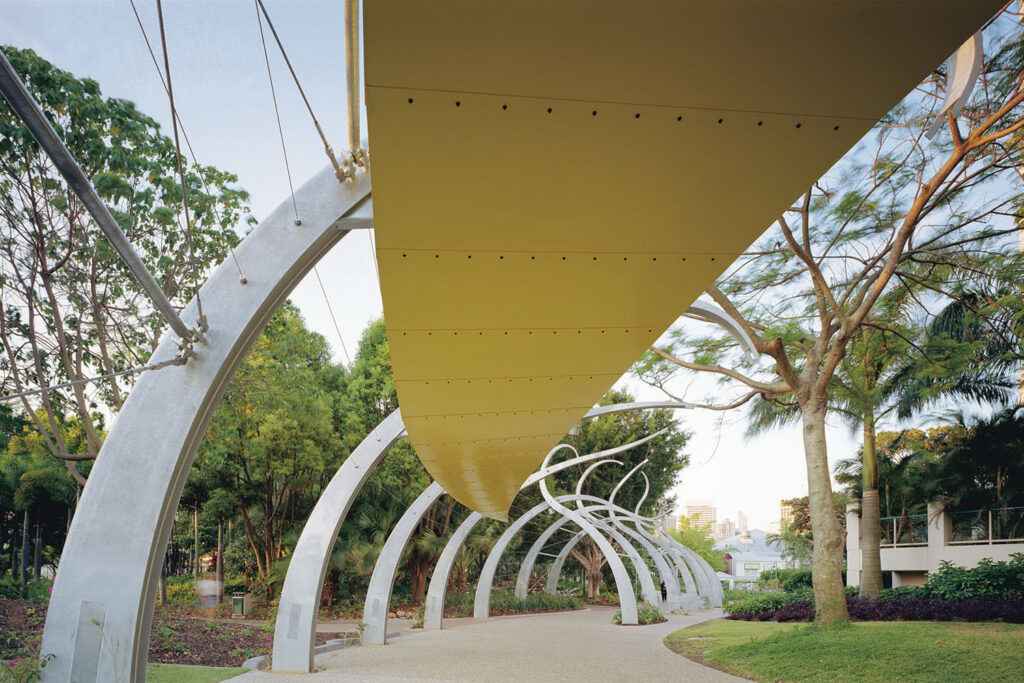 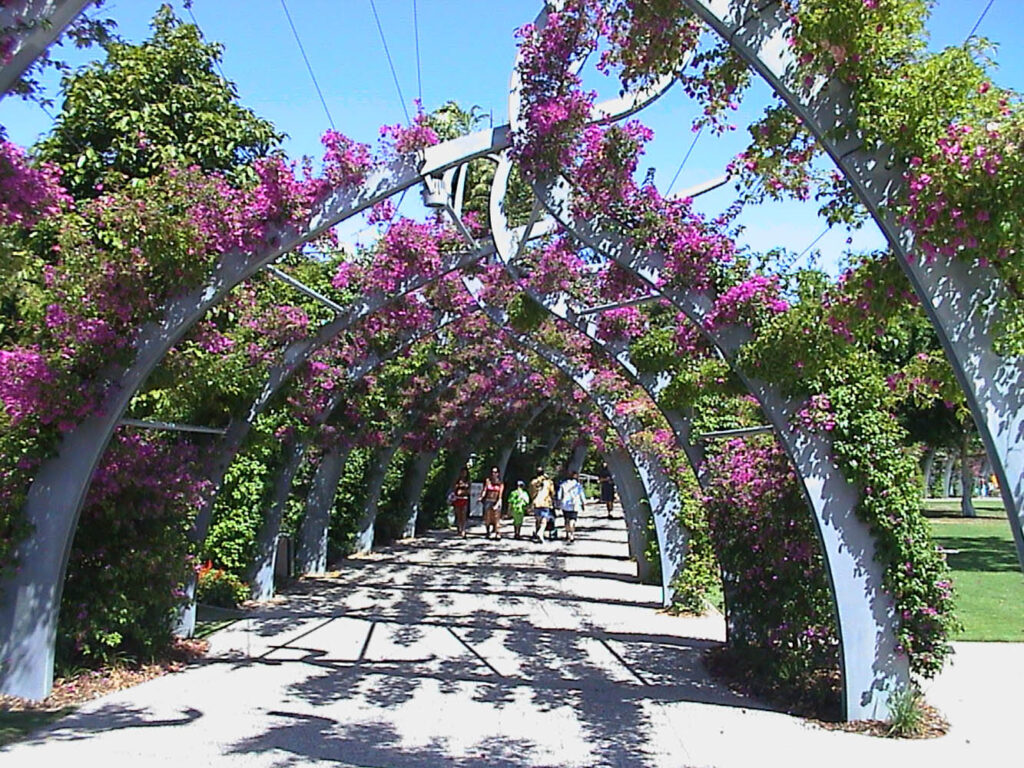