The design comprises two major components: a simple and clearly articulated tower set on piloti (columns), housing Sydney Water’s office accommodation; and a four level base, contained within the curtilage of the tower, providing special purpose areas including café and reception lobby, designed for interface with the public.

The 17-storey tower consists of two glazed slabs separated by a glazed interlayer.  The slabs, one taller than the other, sit on piloti and are seemingly composed of stacks of two-storey high glazed cubes.  A further thin slab is laid against the major tower stacks, completing the tower ensemble.  The tower itself is a beacon for sustainable design.  It features a façade of high performance glass with supplementary sun shading. 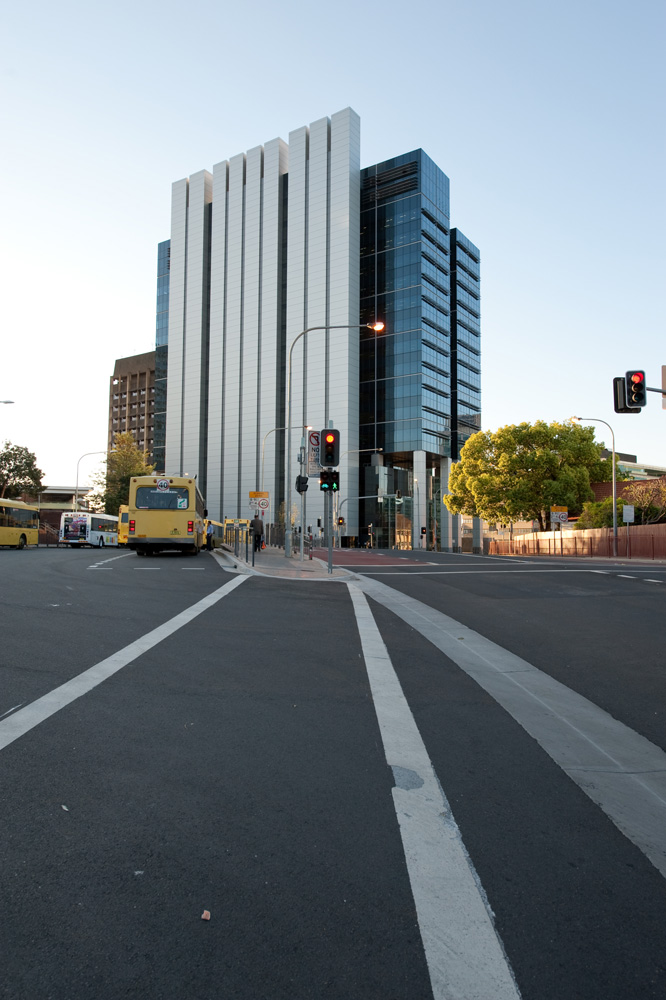 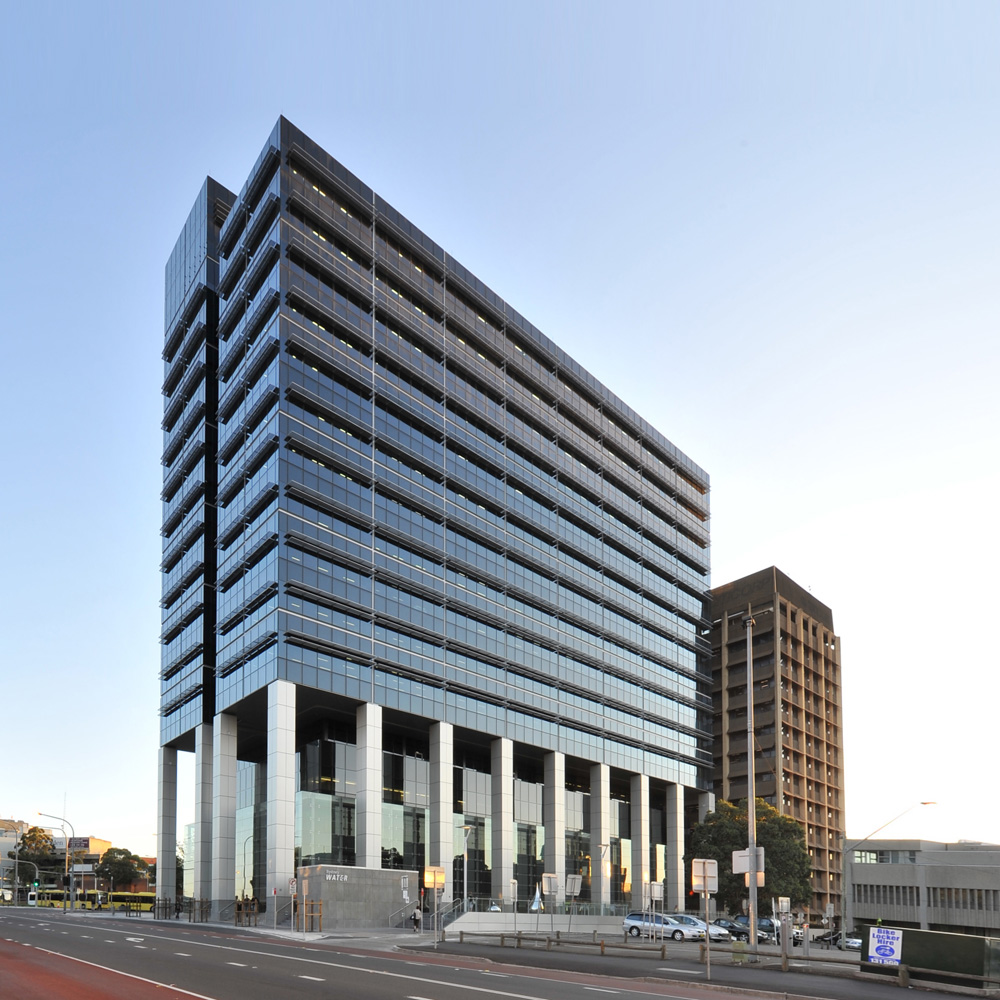 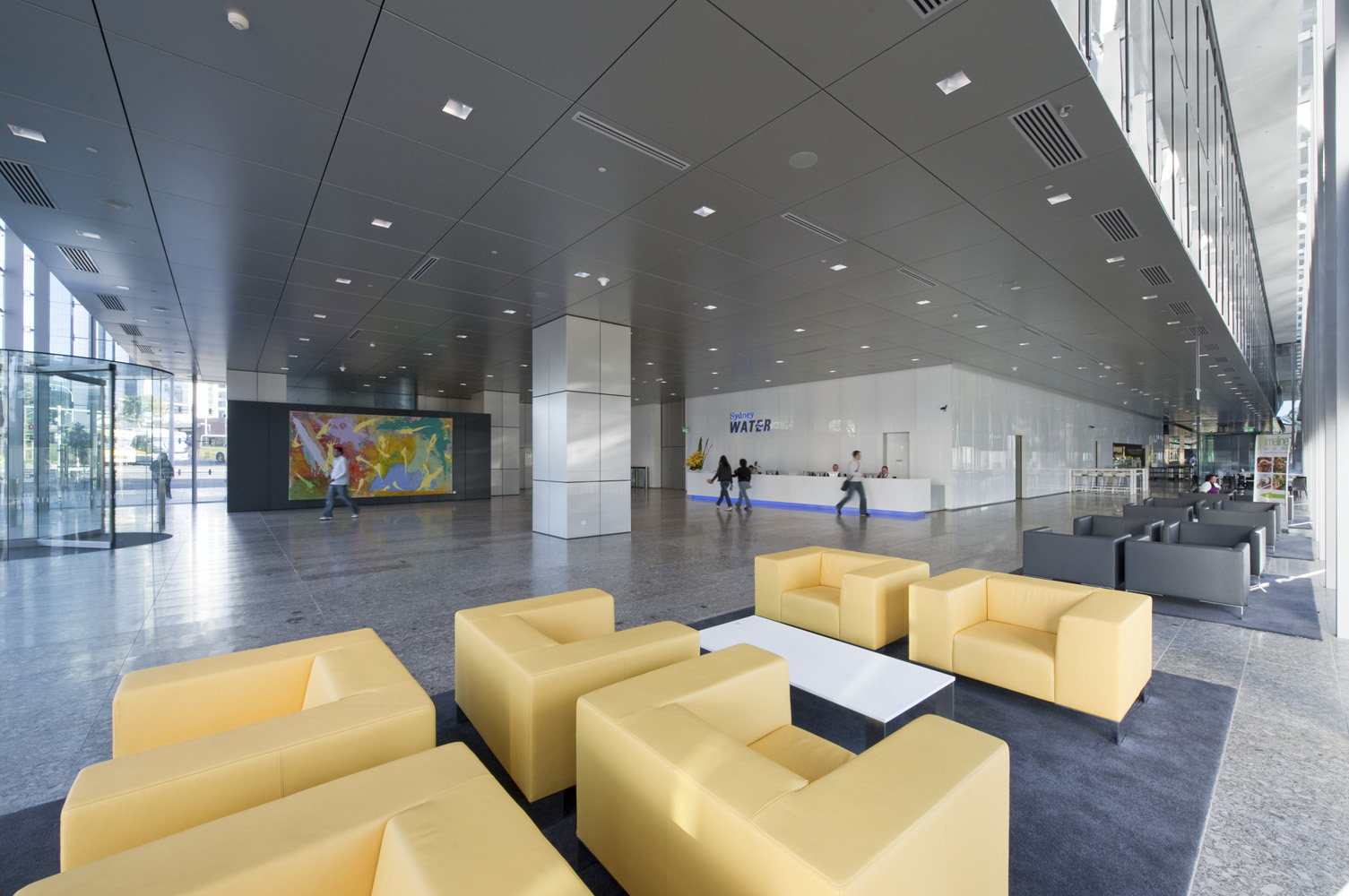 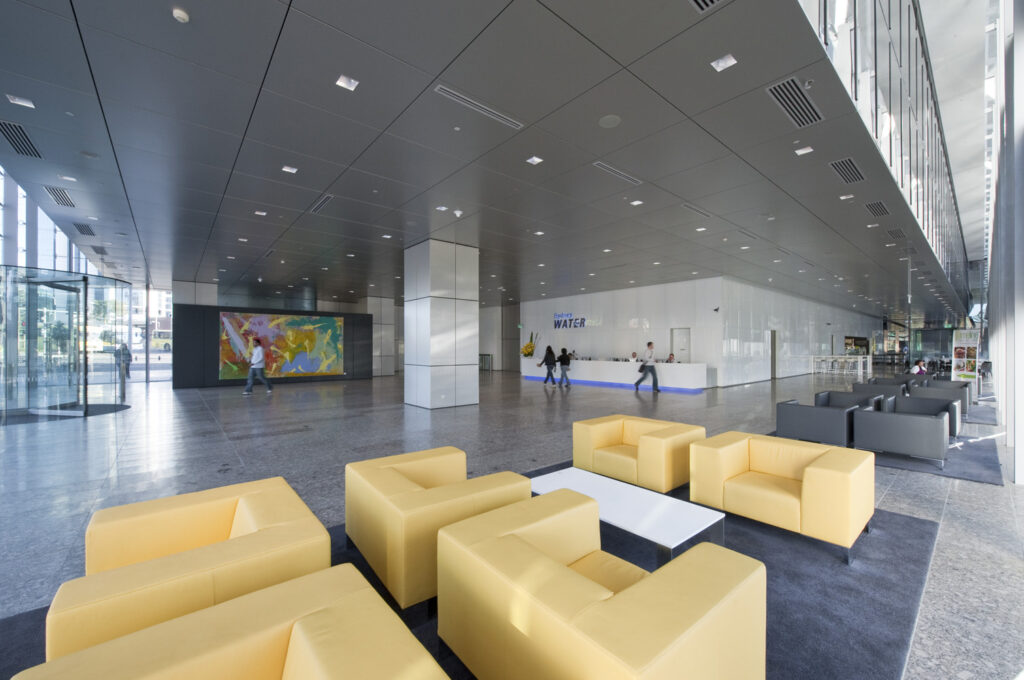