The Bridge of Remembrance links two of the city’s most significant public spaces – the Cenotaph and Soldiers Memorial Avenue on the Queens Domain.

An elegant, twisting plane, the 200-metre-long bridge connects both sides of the broad highway entering Hobart, providing a distinctive entry portal to the city.  The four-metre-wide bridge emerges from the ground as an angular shard of metal, forming the vertical retaining wall at the base of the ramp.  The plane slowly leans back, momentarily reaching a horizontal position at the end of Anzac Parade, before continuing to twist and slowly rising to near vertical as is terminates on the western side.

The bridge design responds to the duality of the site in form and materials.  The two planes echo each other, twisting in parallel and flanking the bridge deck.  This duality and contrast is reinforced at night, with the functional and feature lighting strategy illuminating the lighter, ‘internal’ surface, while leaving the darker soffit in shadow.

In association with Arup, Inspiring Place and local architects BPSM. 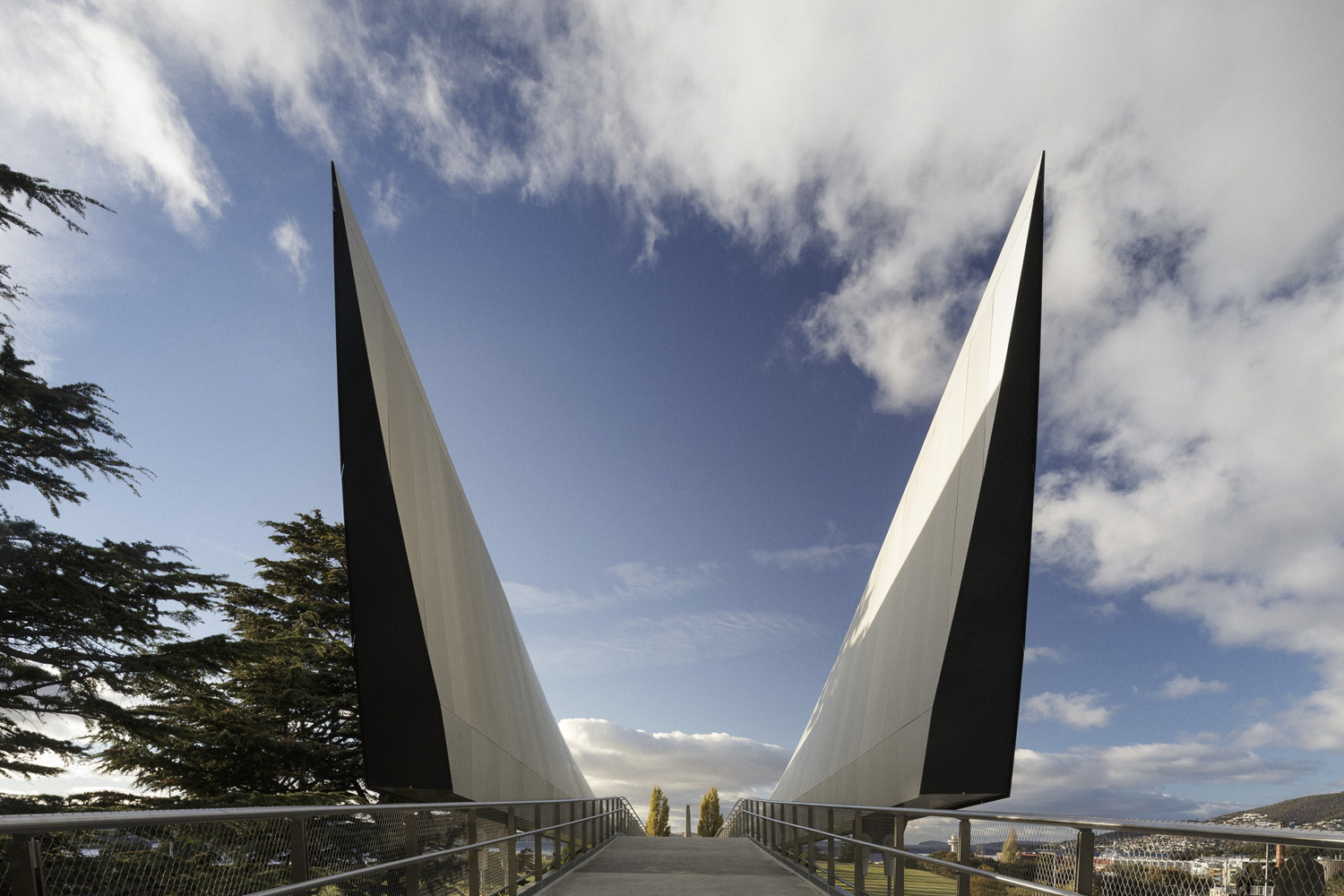 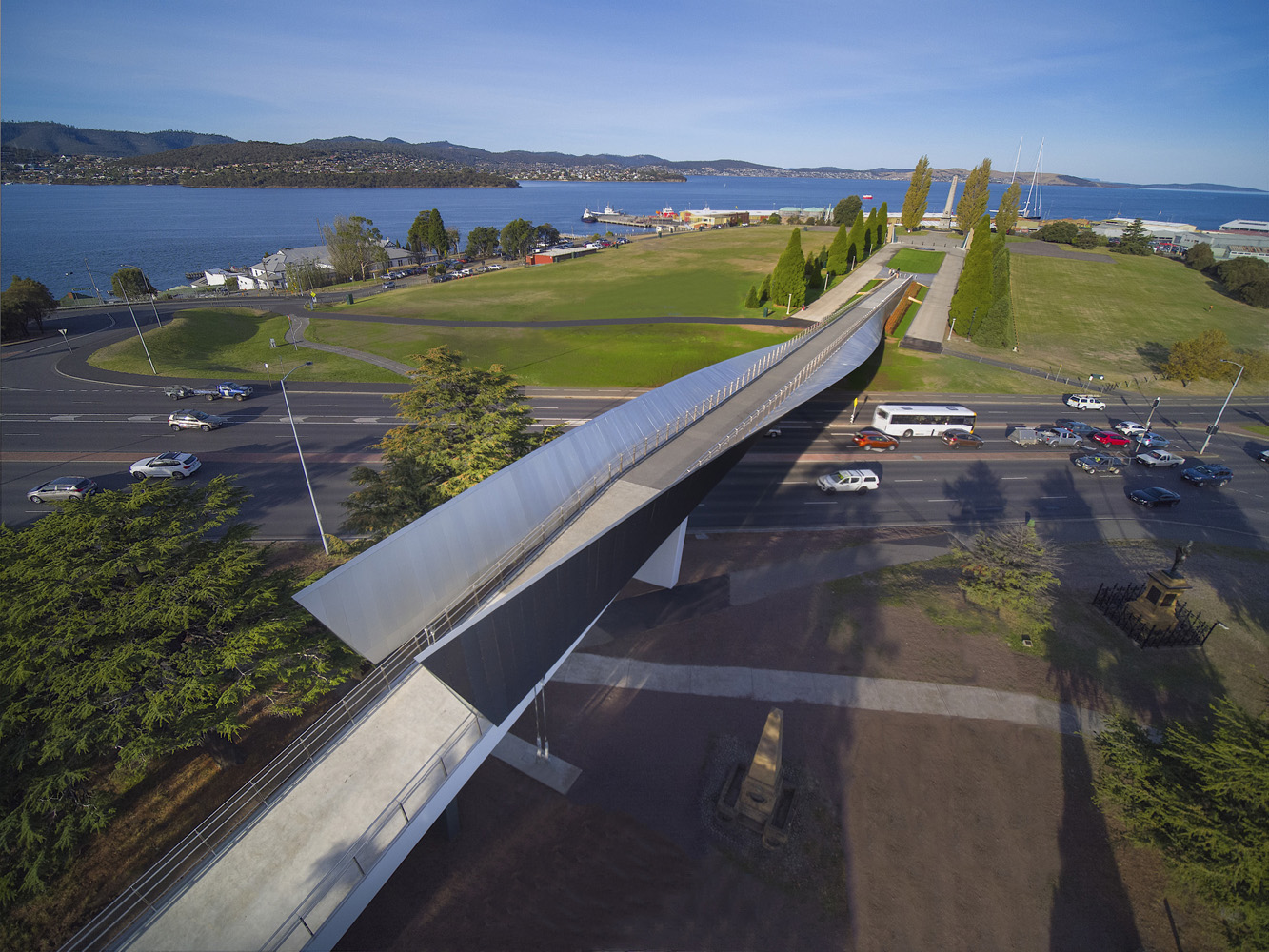 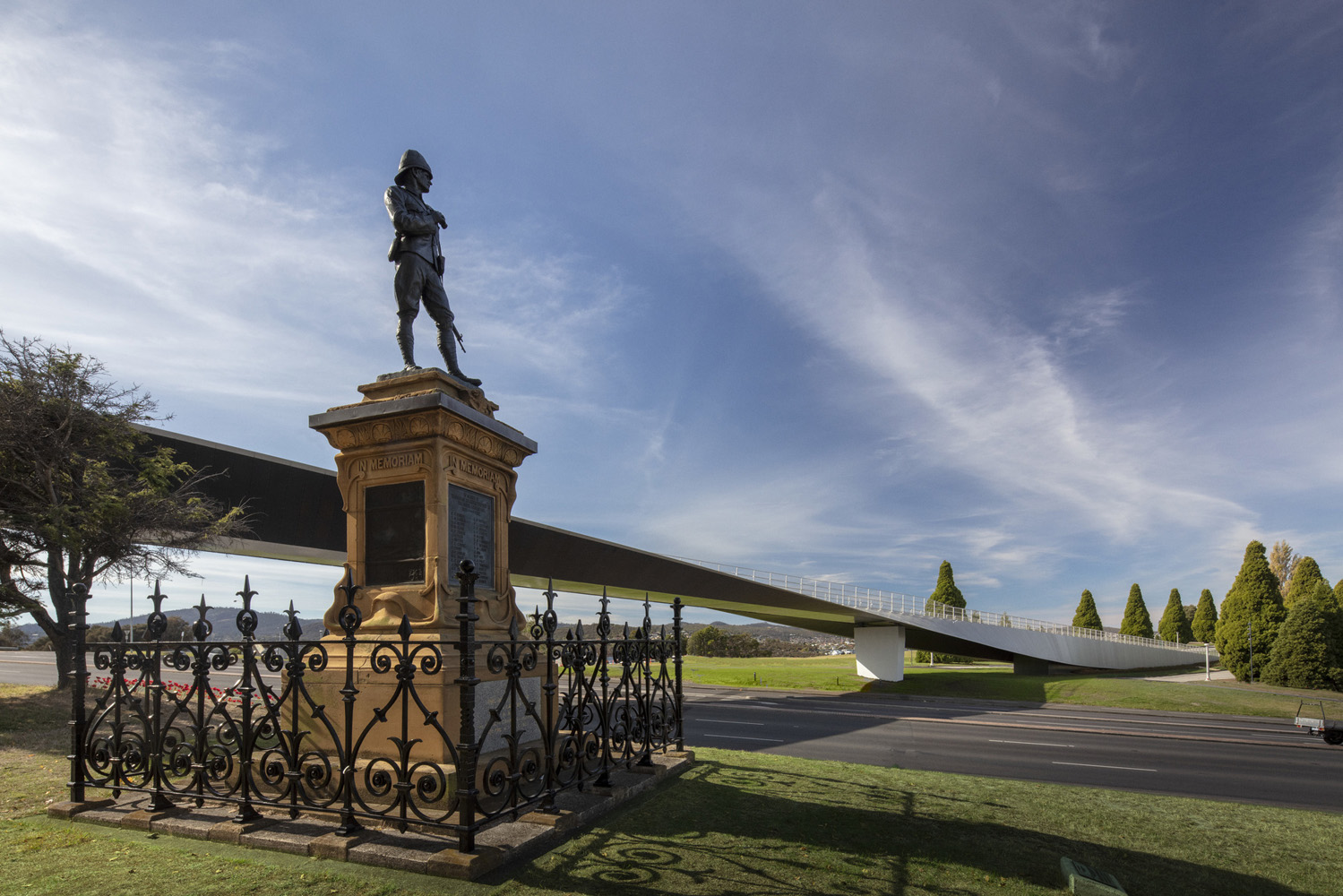 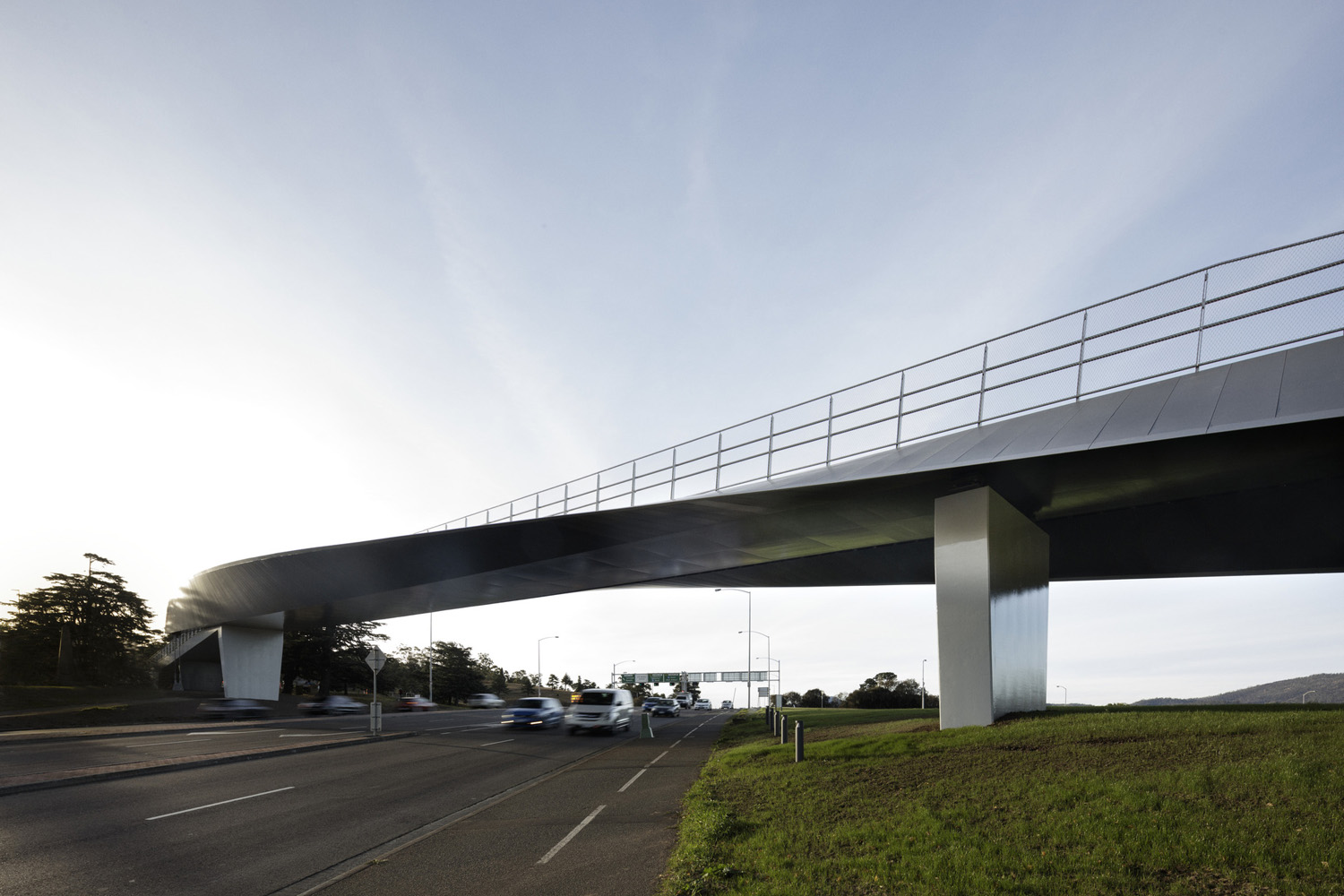 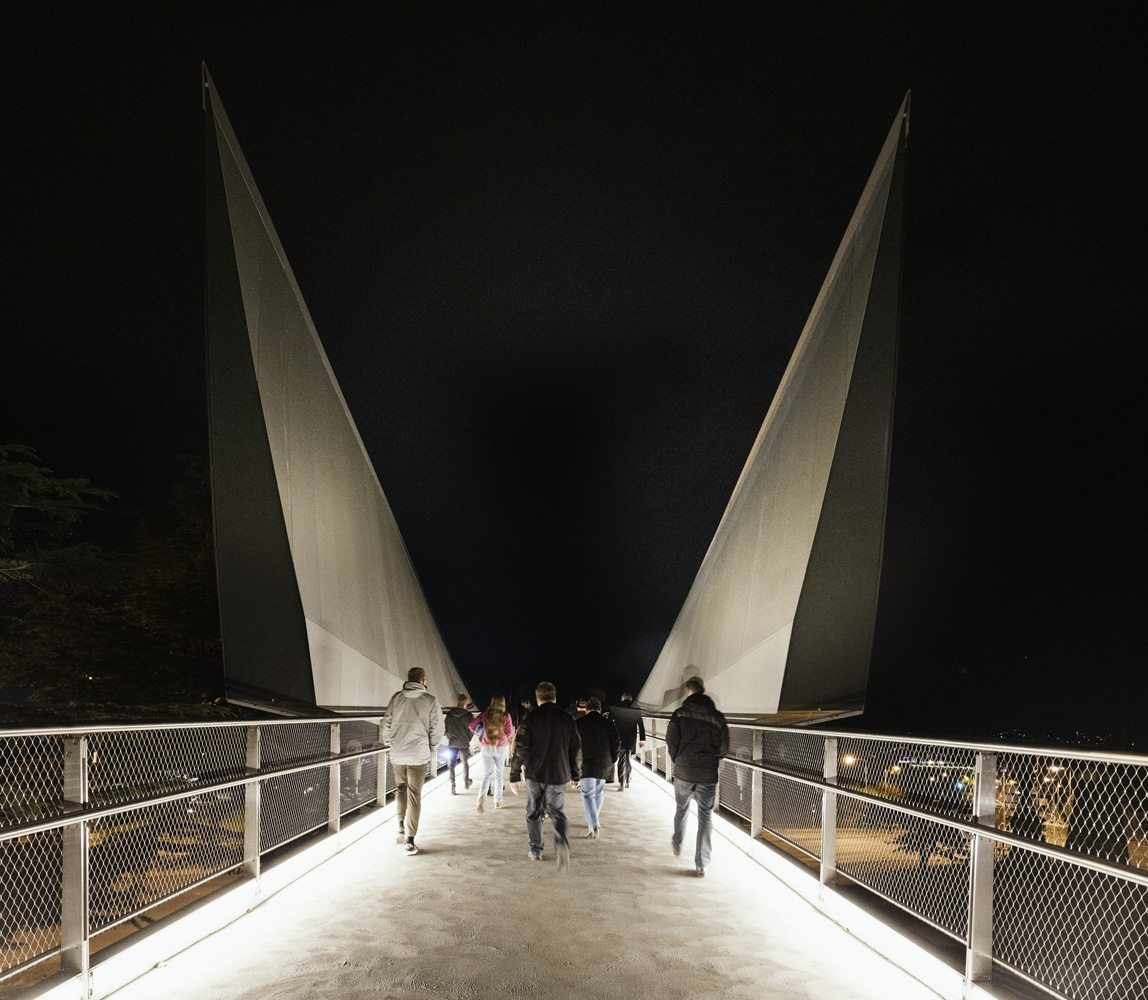 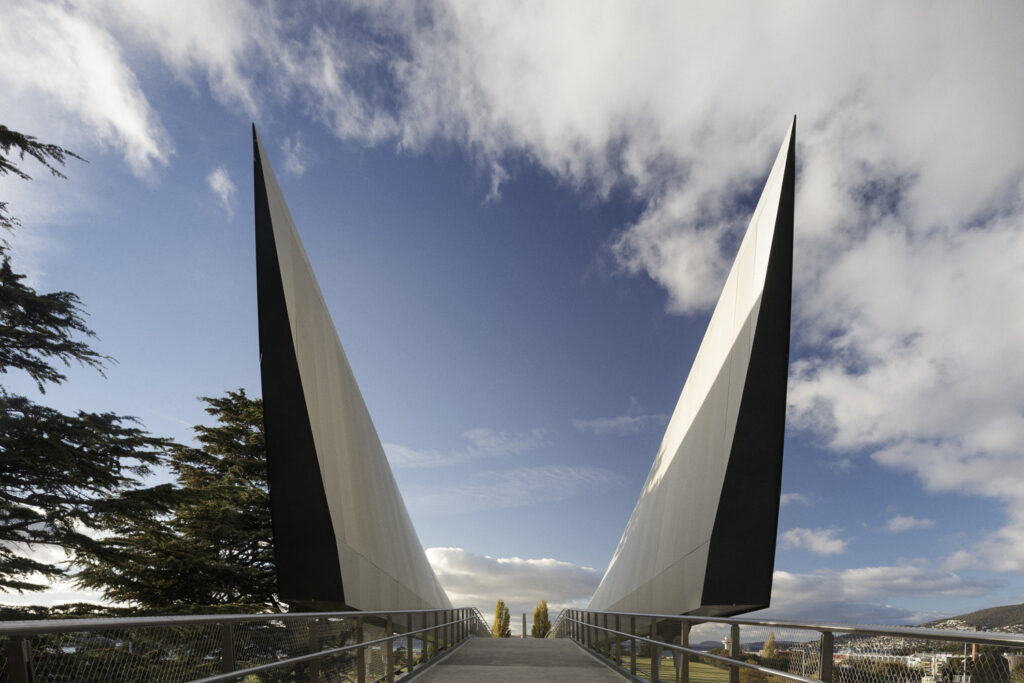 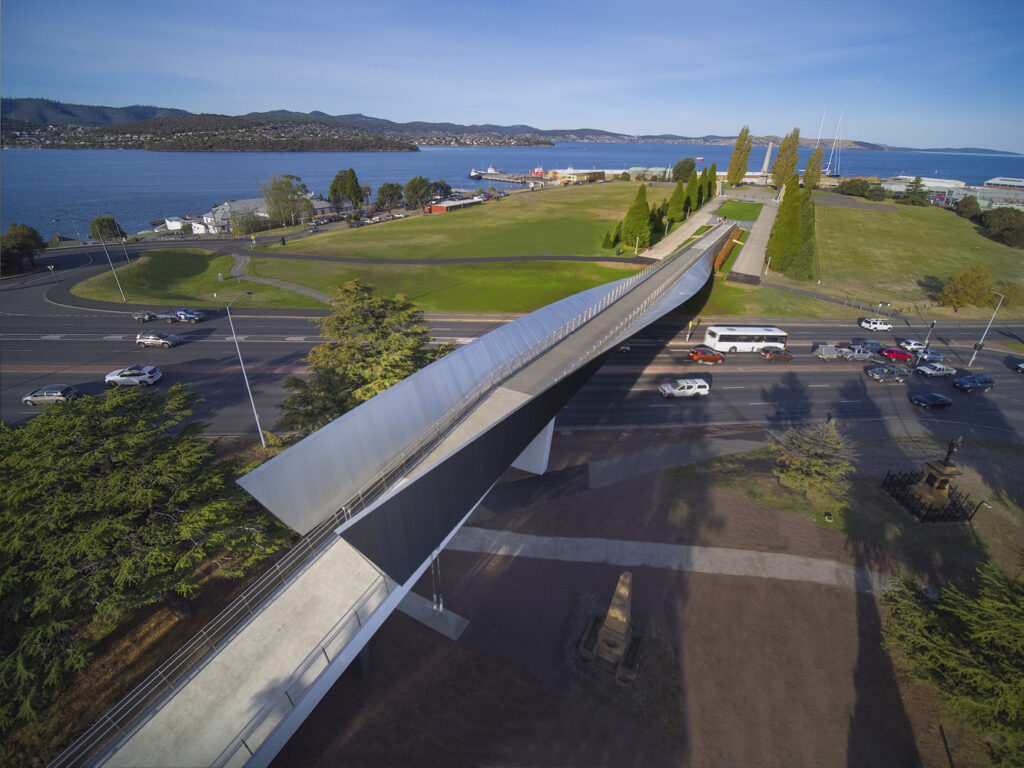 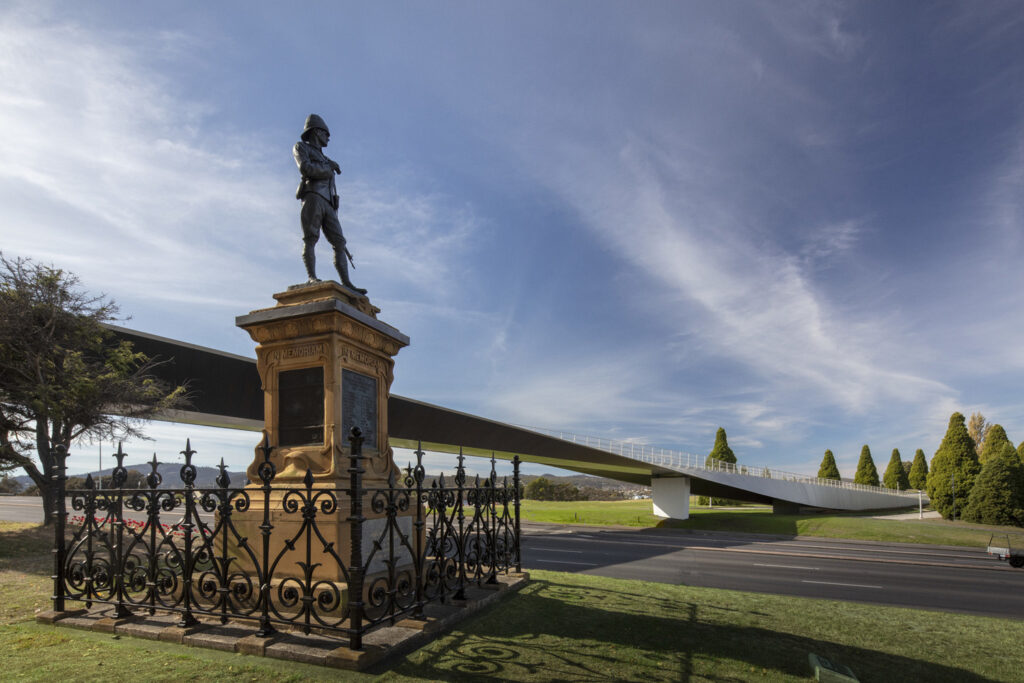 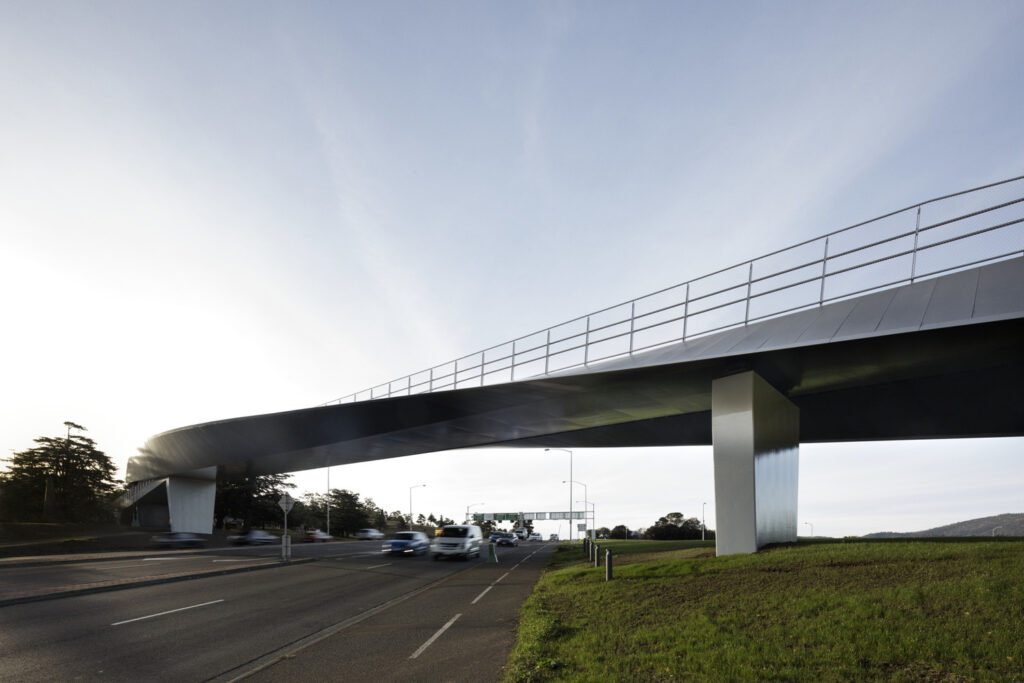 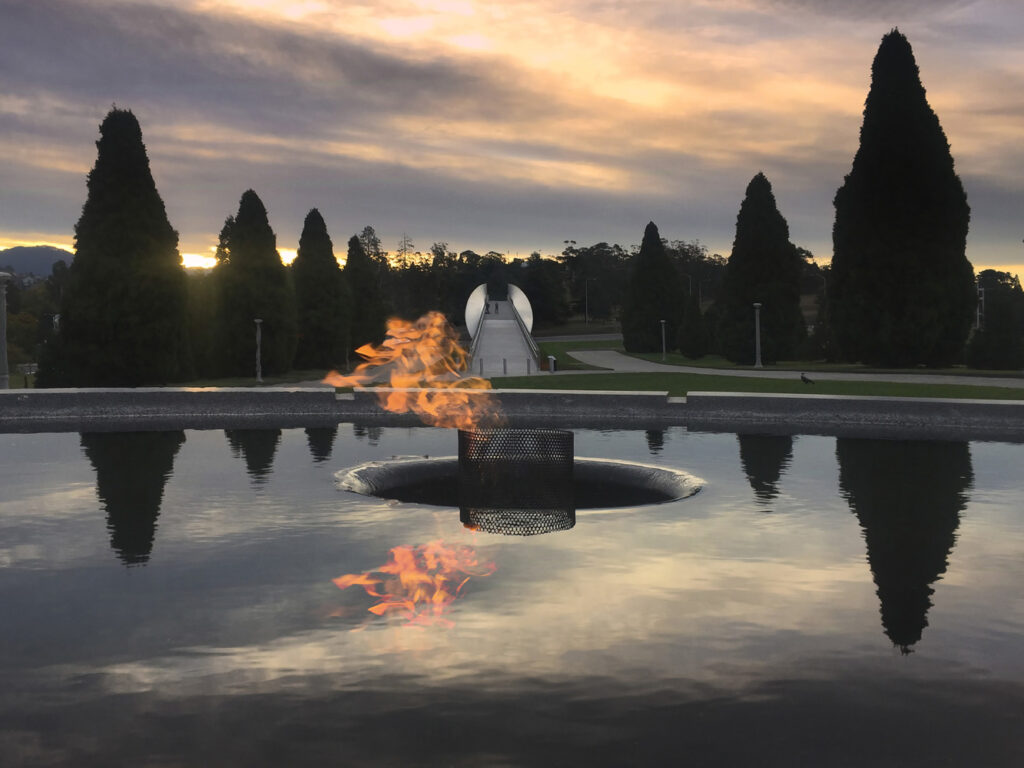 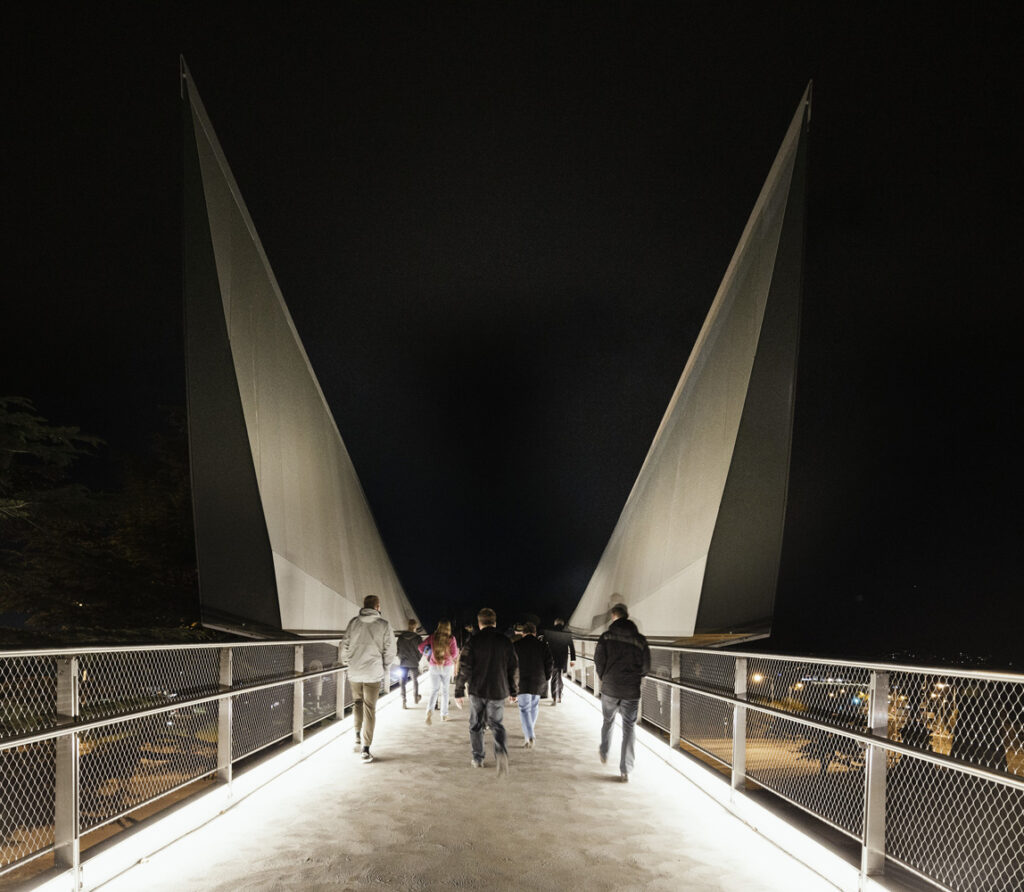