Expressed as a tall flanking element, Building 4, the largest in Grocon’s masterplan, provides a new long distance marker for Melbourne’s civic spine which stretches from the Shrine of Remembrance through the heart of the city.

At around 50-storeys, the building provides some 85,000m² of commercial office space with the potential for a hotel and / or apartments on the upper floors, subject to planning approval.

The design features a simple language of ‘sticks’ to create a series of closely spaced, slender towers that will generate arresting views from the surrounding streets and public spaces.  A distinctive crown to the tower will be created by eroding the tops of selected sticks providing a highly memorable silhouette on the northern city skyline. 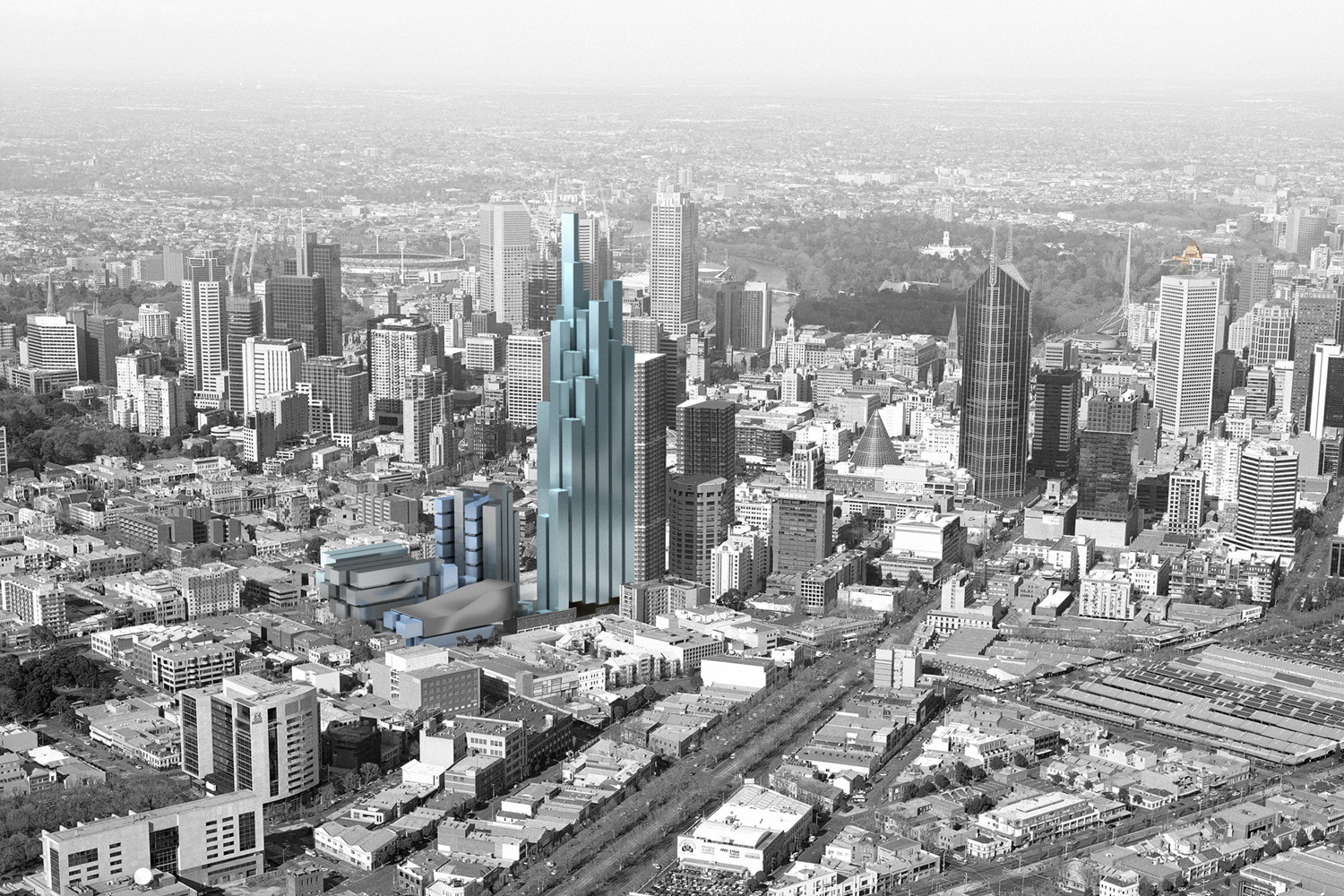 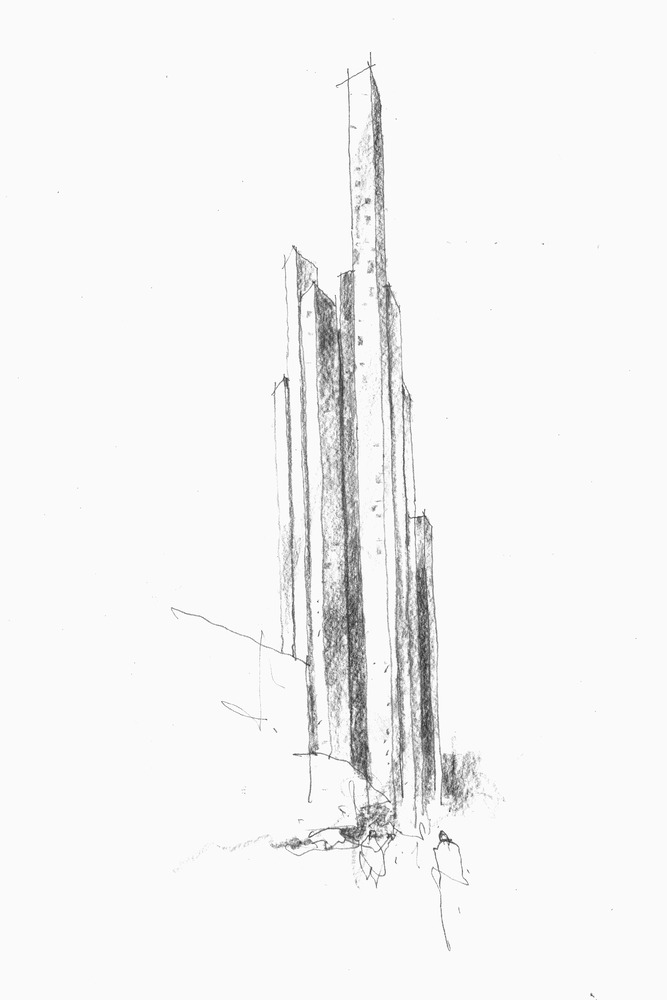