Denton Corker Marshall’s design for the redevelopment of a heritage-listed hotel combines the existing historic fabric with a fresh contemporary expansion.

The tripartite composition is designed to return The Hotel Windsor to its rightful place of pre-eminence as Australia’s only Grand Hotel.  The Hotel is restored faithfully to its original exterior appearance – in particular the re-opening of the colonnaded ground level frontage.

A new corner building is to be a simple perforated cube with seemingly random perforations, creating modulation and visual texture that invokes a 21st century reflection of the adjoining 19th century frontage.

An ultra slim tower forms a backdrop – literally a curtain – that allows a clear reading of the profile of the Windsor’s historic towers.  It is set far back enough to be read as a building unconnected with The Hotel Windsor itself, an arrangement which compares very favourably to other heritage / new built forms in the surrounding streetscapes. 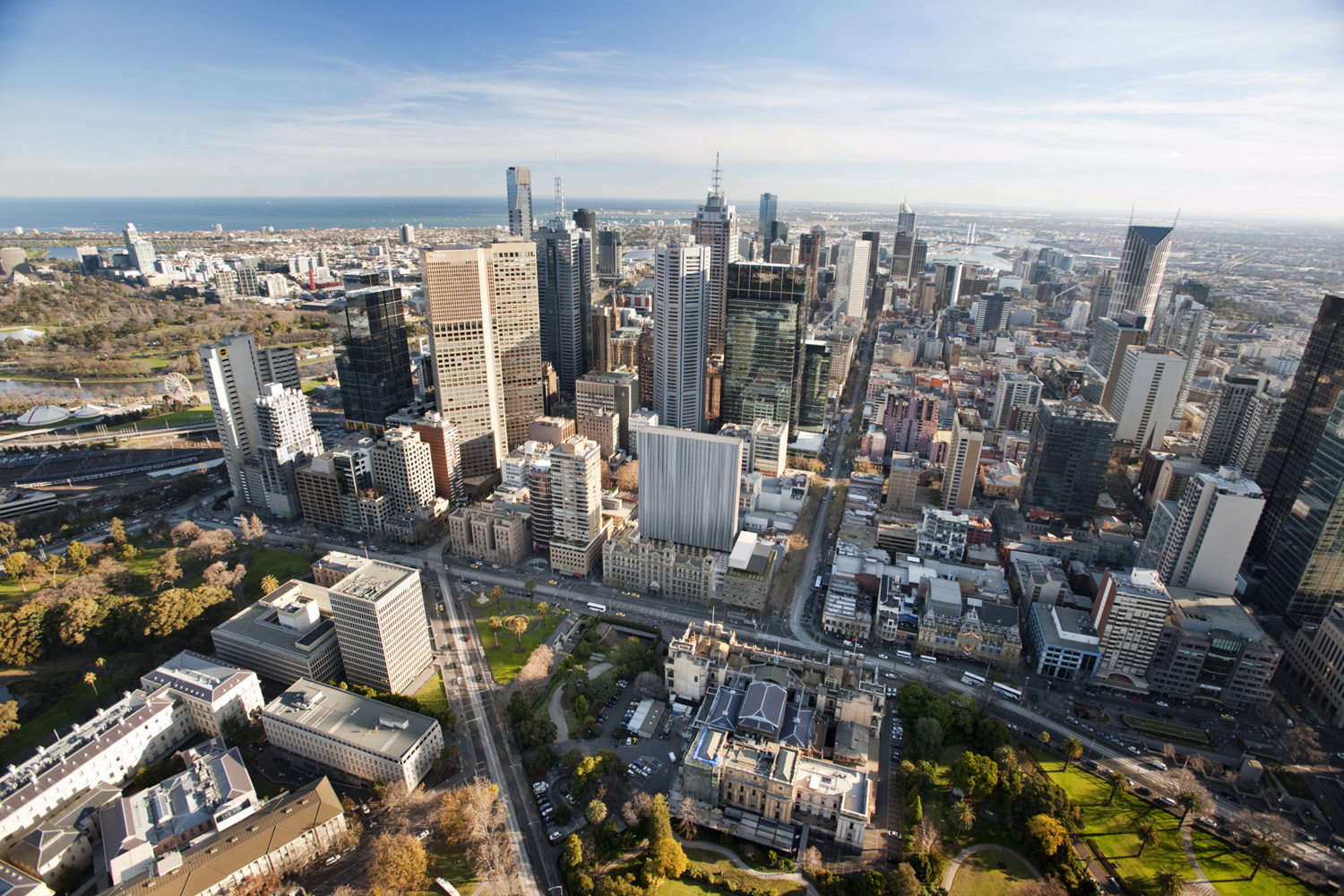 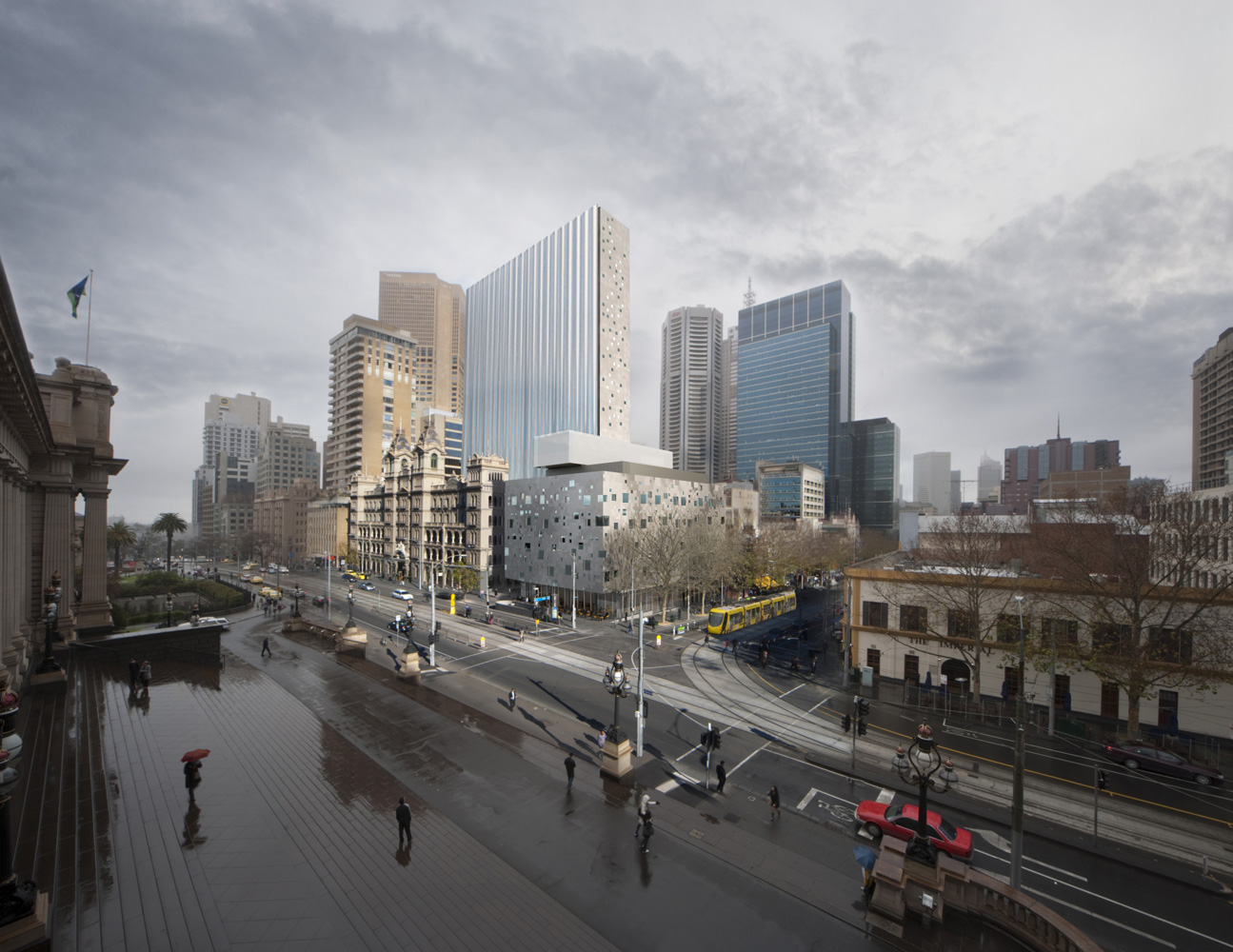 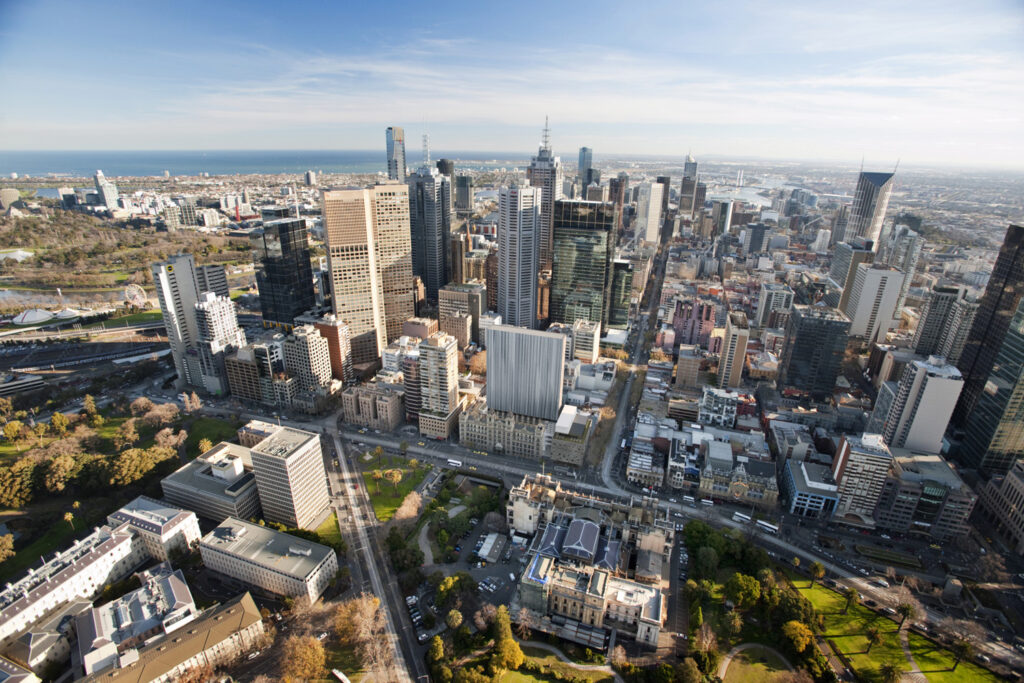 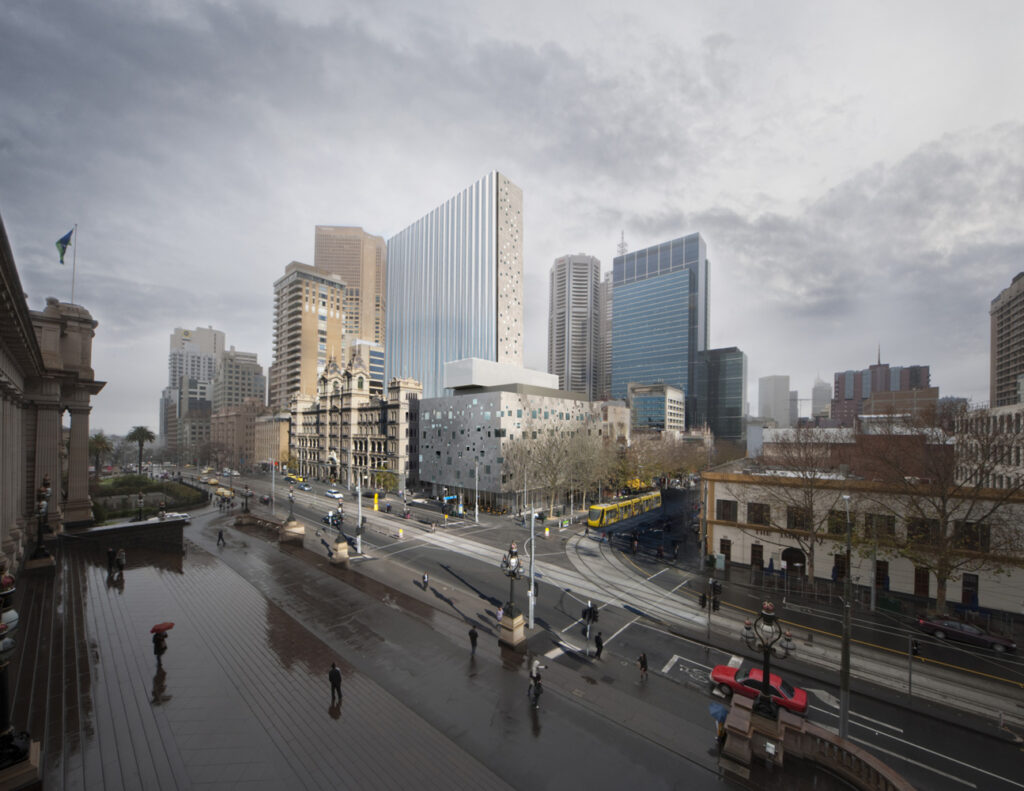