Denton Corker Marshall collaborated with the artist Robert Owen on this pedestrian and cycle bridge over the Yarra River, as a public art project in Melbourne’s Docklands precinct.

The brief called for the re-use of the remaining sections of a decommissioned railway bridge.  The design comprises two distinct sections: the 145 metre long existing structure and a new curved 80 metre ramped link.  The ramp takes up level changes and creates a point of arrival at the south bank.  They are joined seamlessly, with an emphasis on volume and containment, within the curved and sinuous form.

The two parts become a unified sculptural form, suggesting a new connection, or a knot, between the old and new, past and future.  As an object, it appears as a delineated structure, sensuous in volume, light and linear.  Space seems atmospheric, dynamic and transitional.

The bridge has not only become a symbol of the Docklands precinct, but of Melbourne itself. 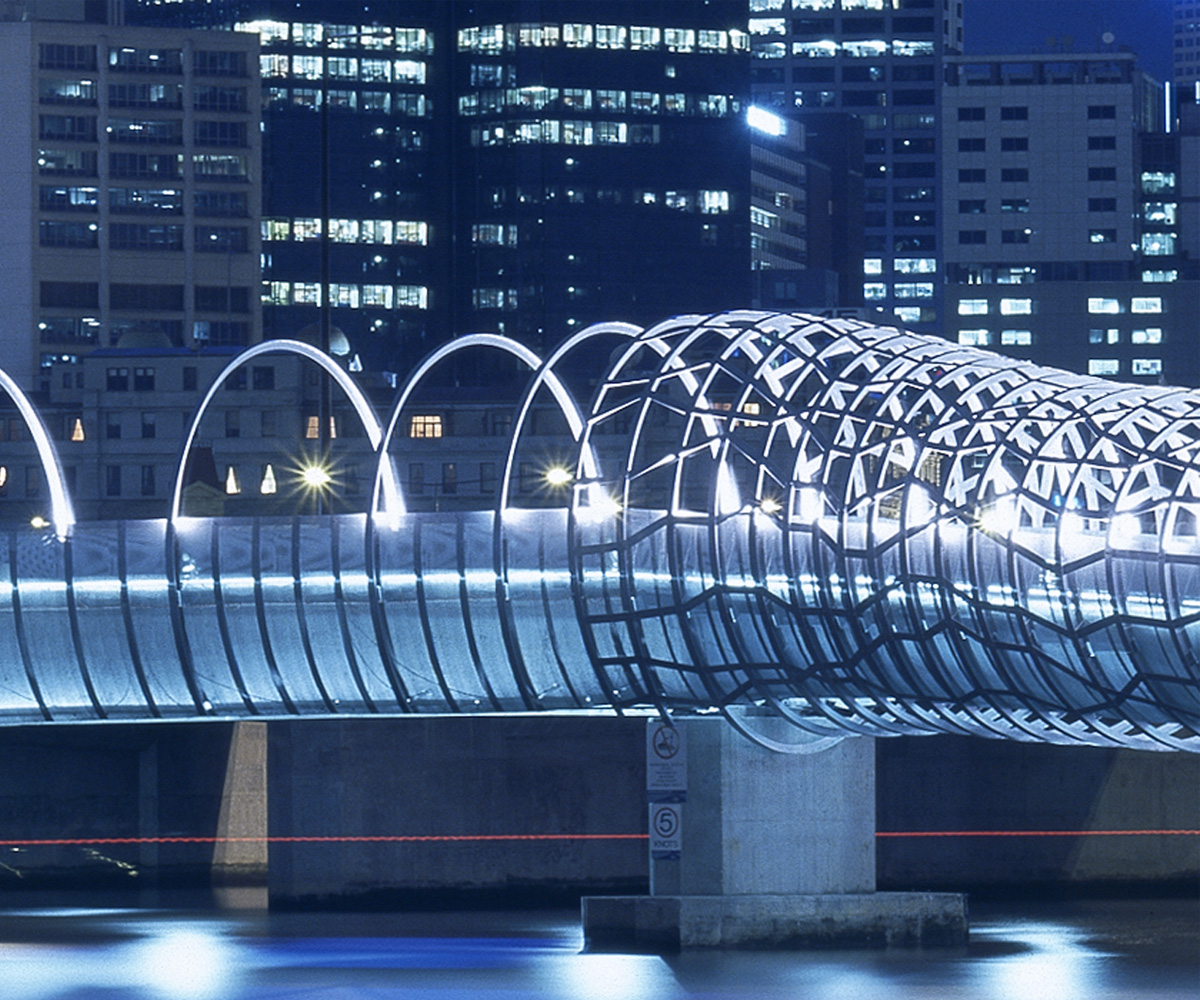 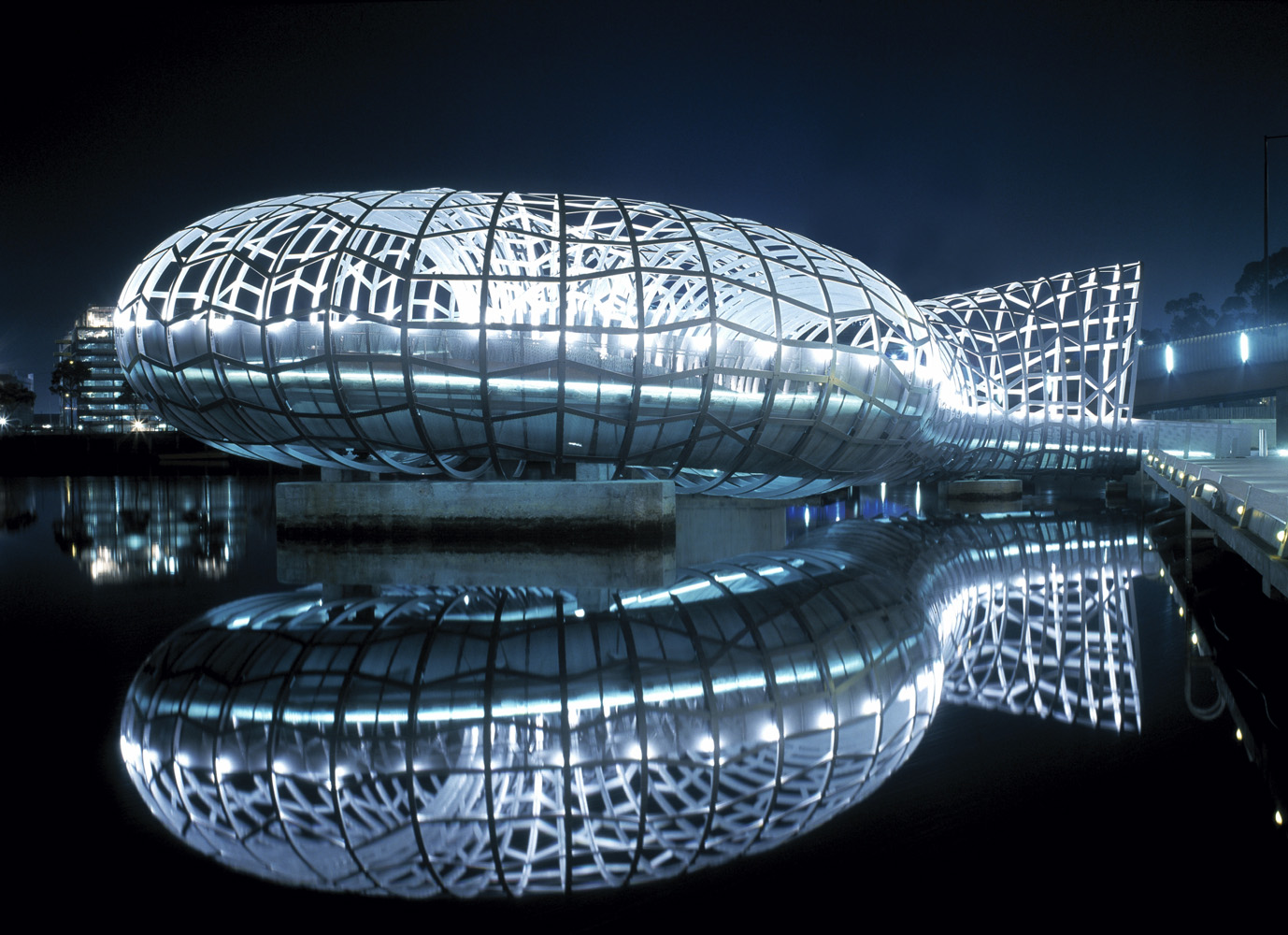 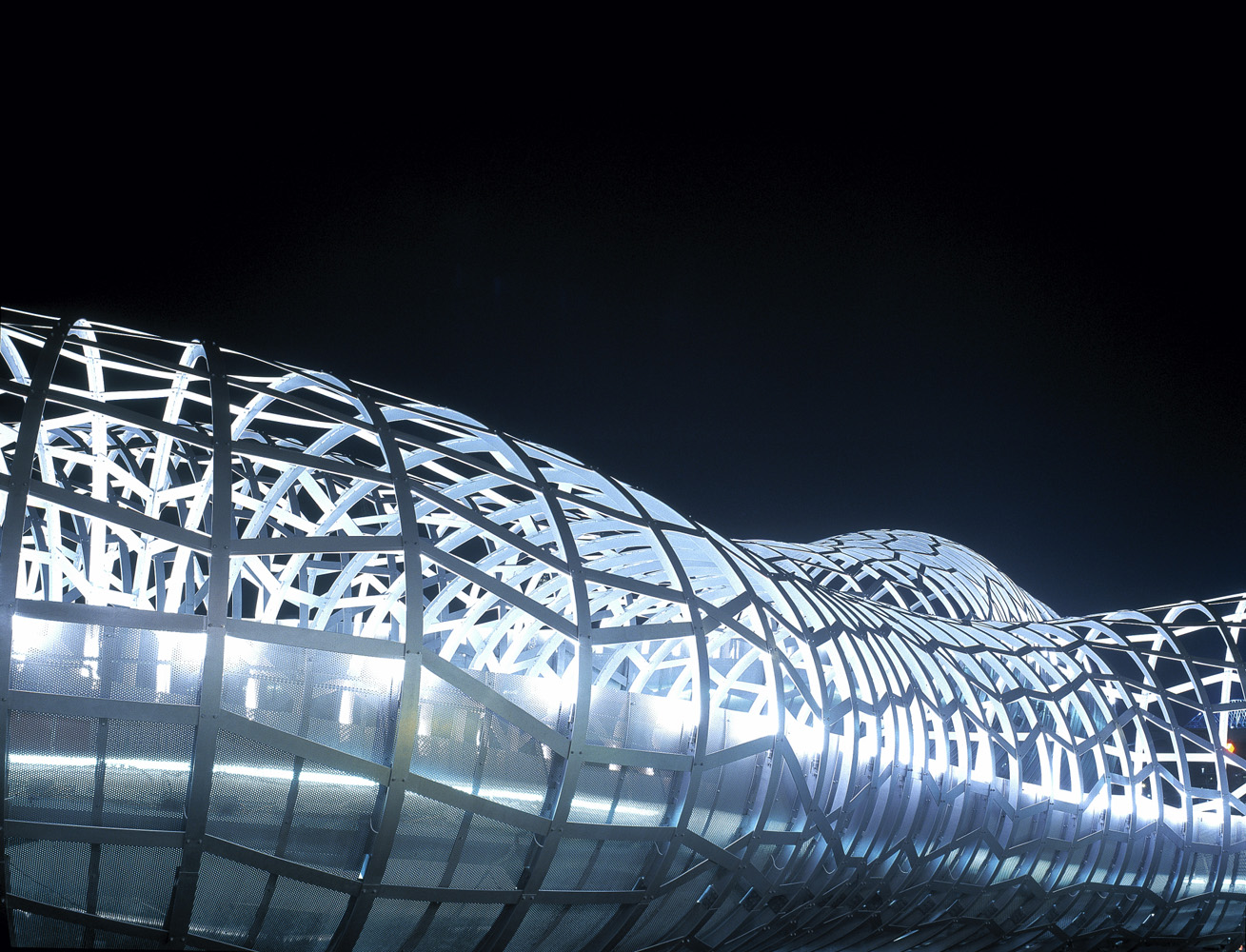 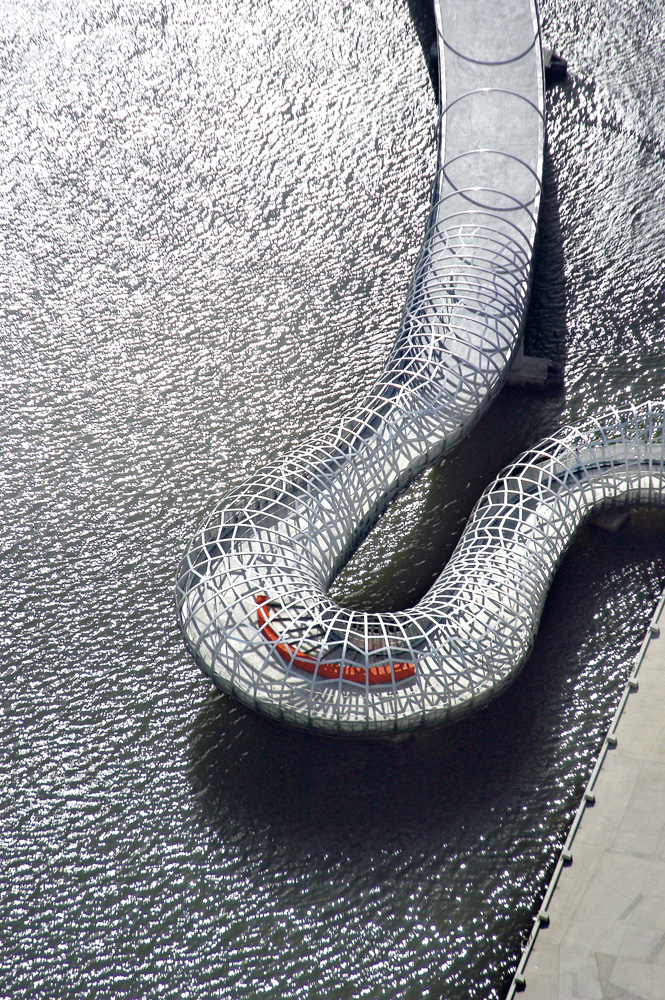 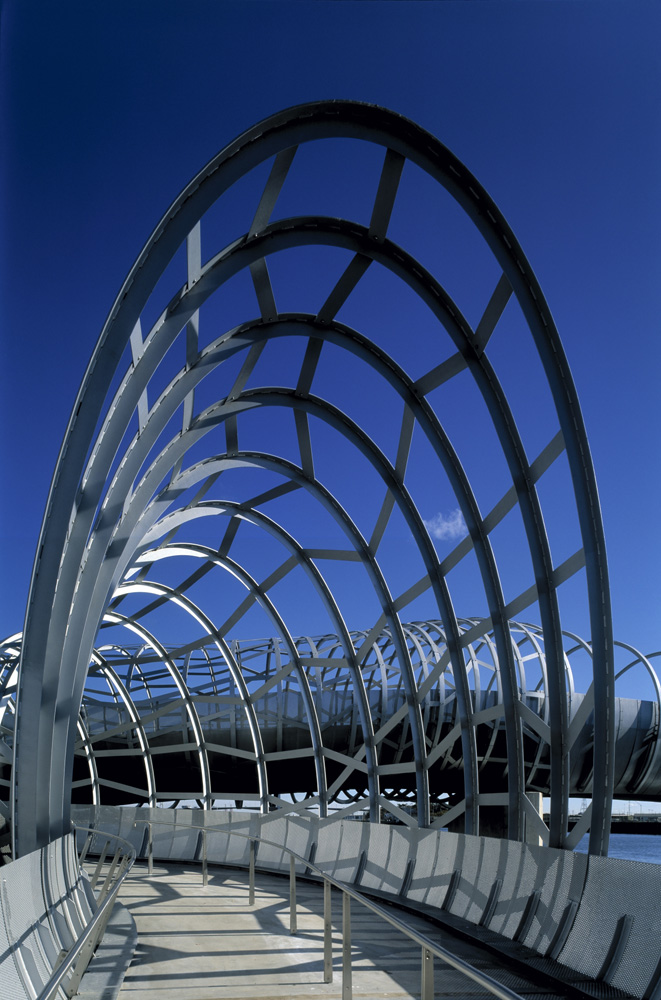 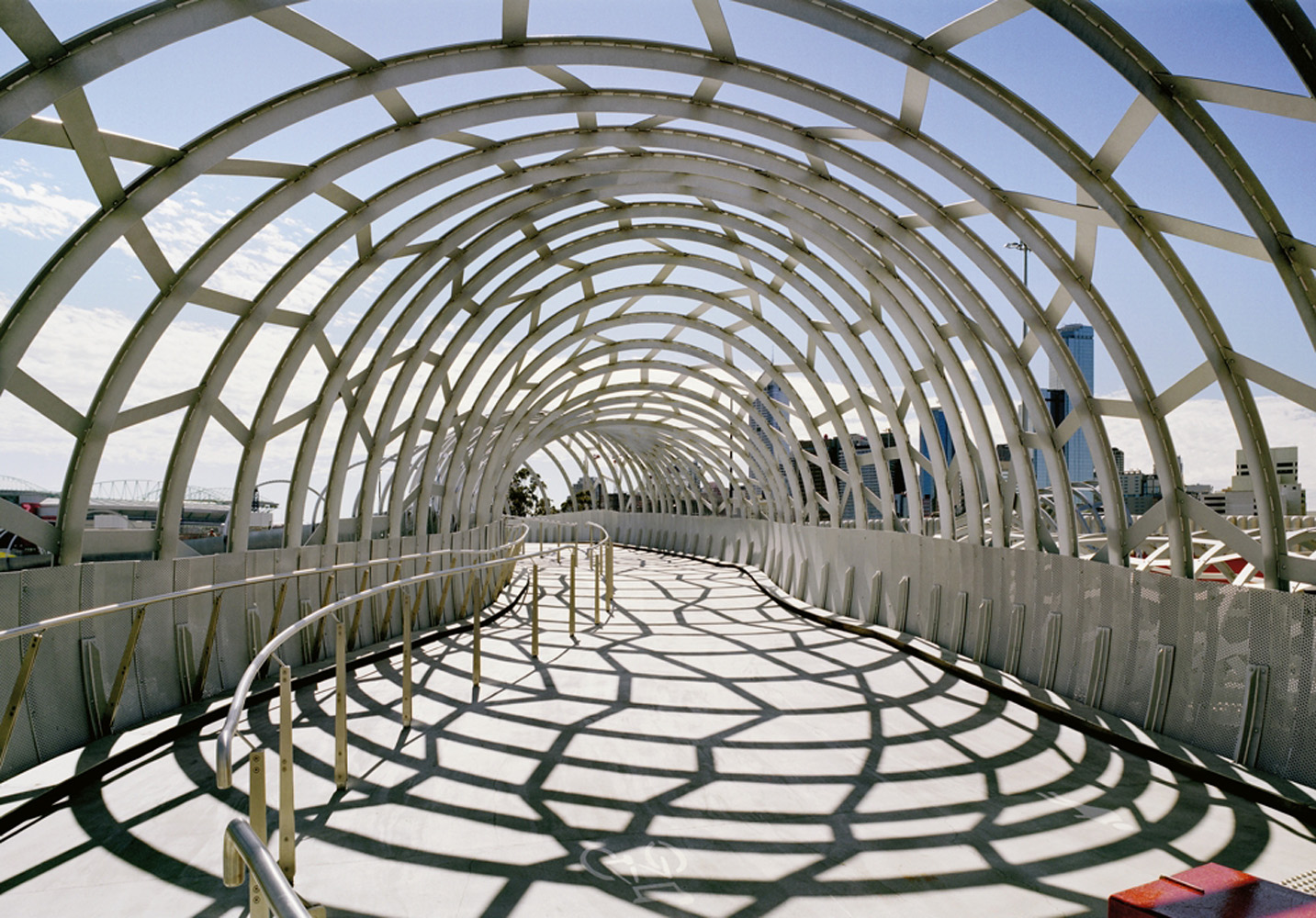 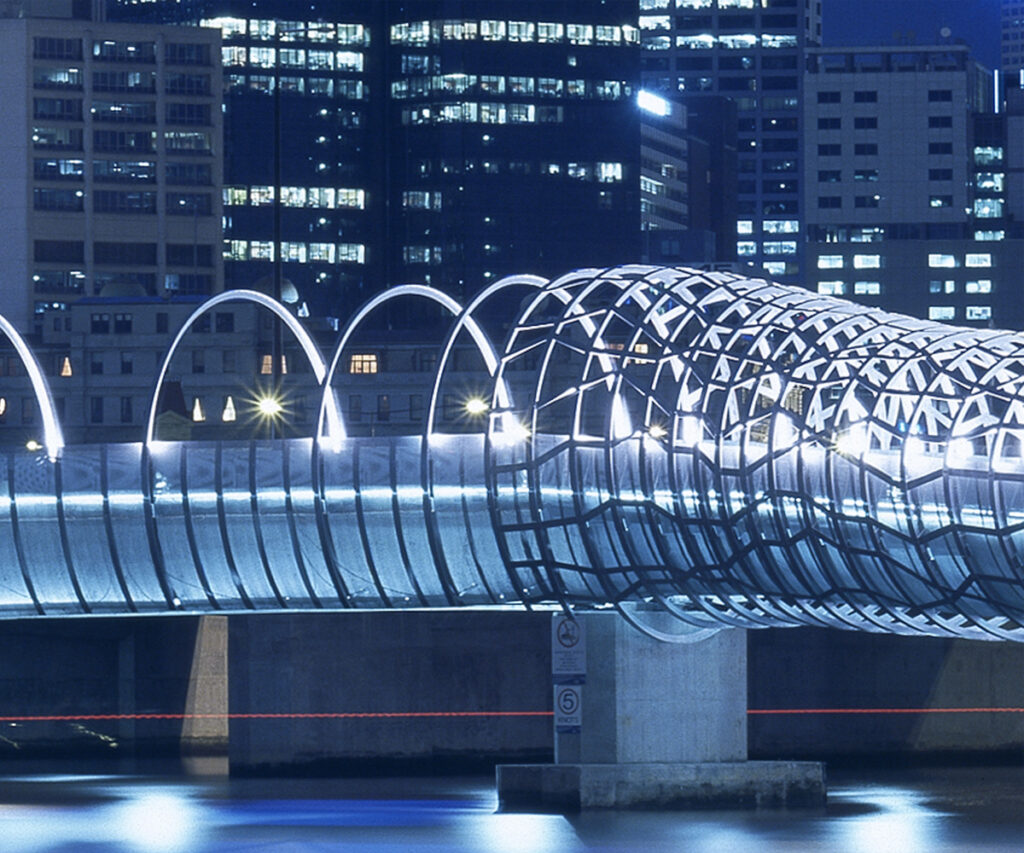 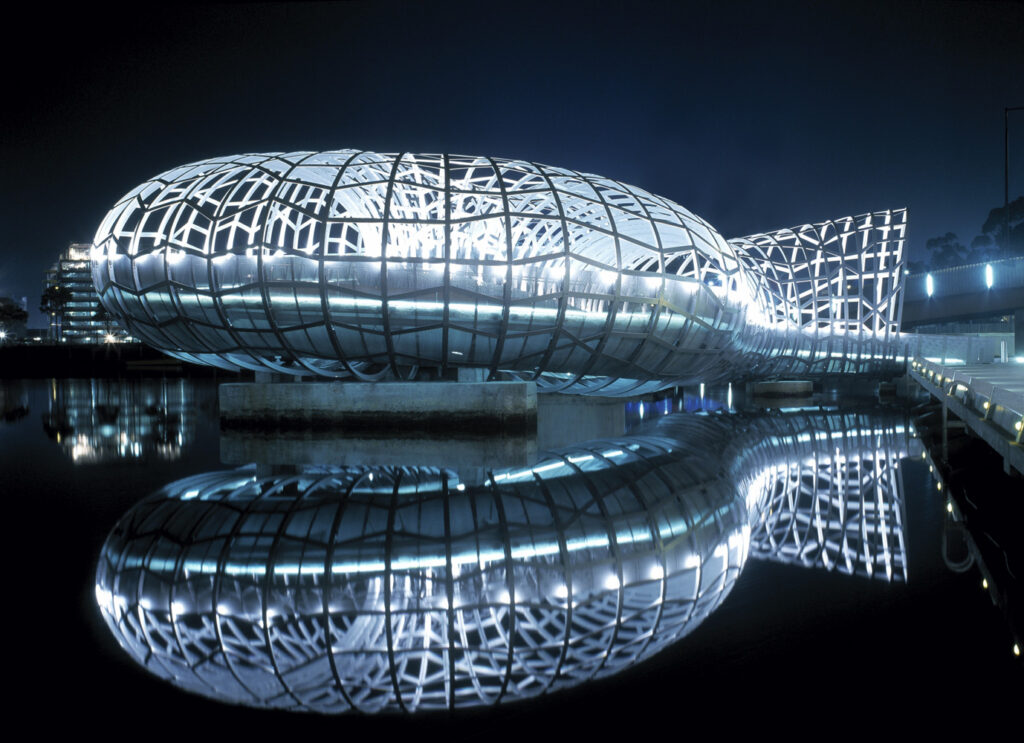 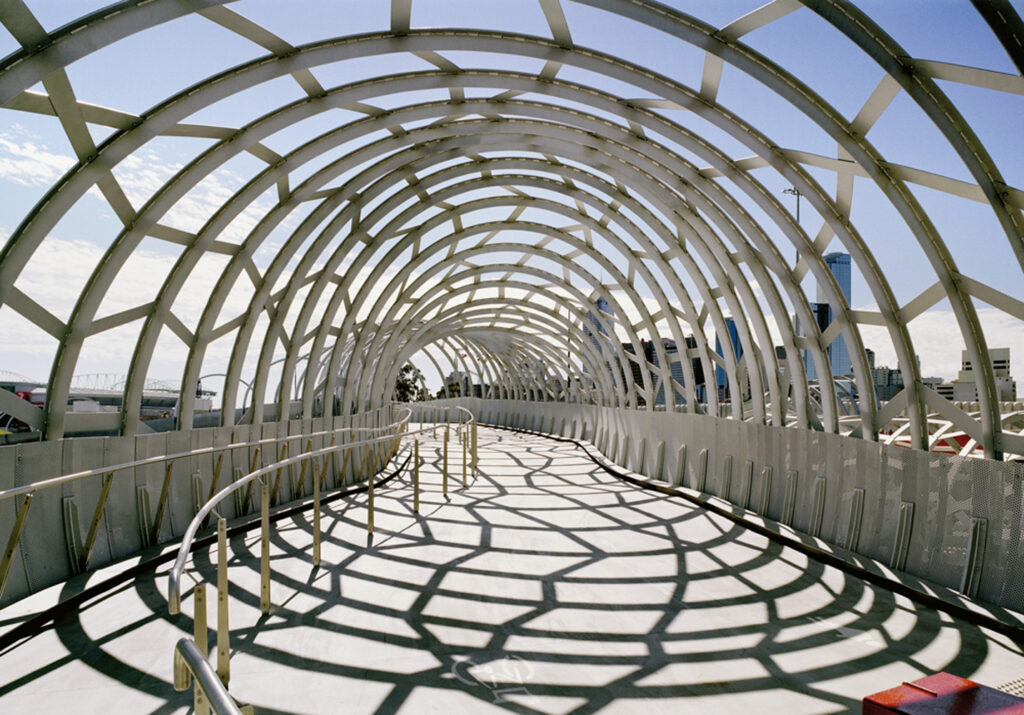