The Westgate Freeway Upgrade formed the largest section of the $1.4 billion Monash-CityLink-Westgate Upgrade and Denton Corker Marshall was the urban design leader for each of the three separate alliance projects.

The urban design minimised visual clutter and the impact of significant structural elements upon both motorists and the community.  An architectural language was developed with the objectives of consistency, legibility and visual reinforcement, to provide an understandable driving environment.

Continuity in colour, materials and form supported these objectives throughout the project, further reinforced by distinctive features at key locations.

At the meeting of two major road systems, a key decision point, two triangular wedges up to 96 metre long define the two routes and at the largest and most complex traffic interchange in the city, Montague Street, two 32 metre high portal structures flank the multiple routes. 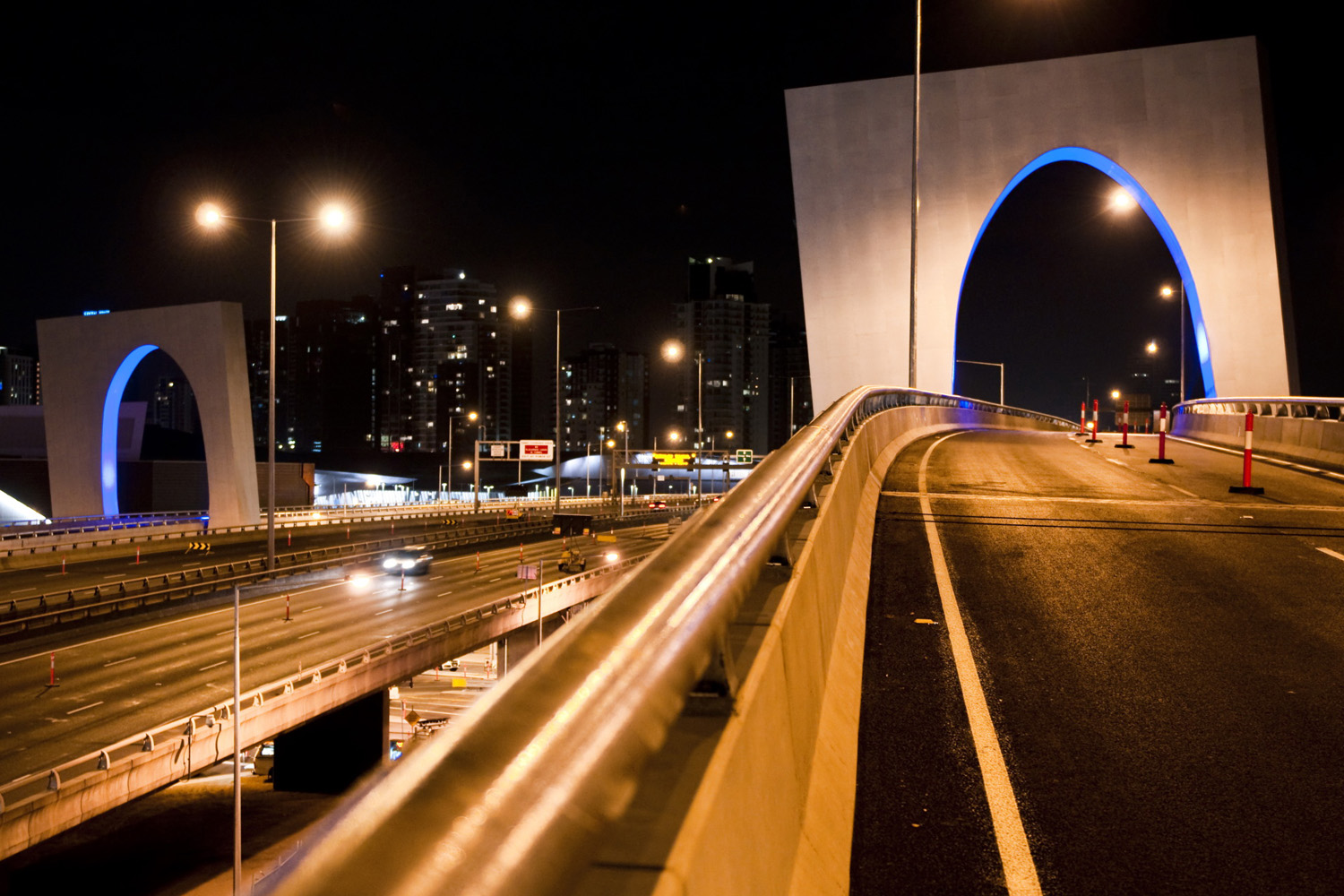 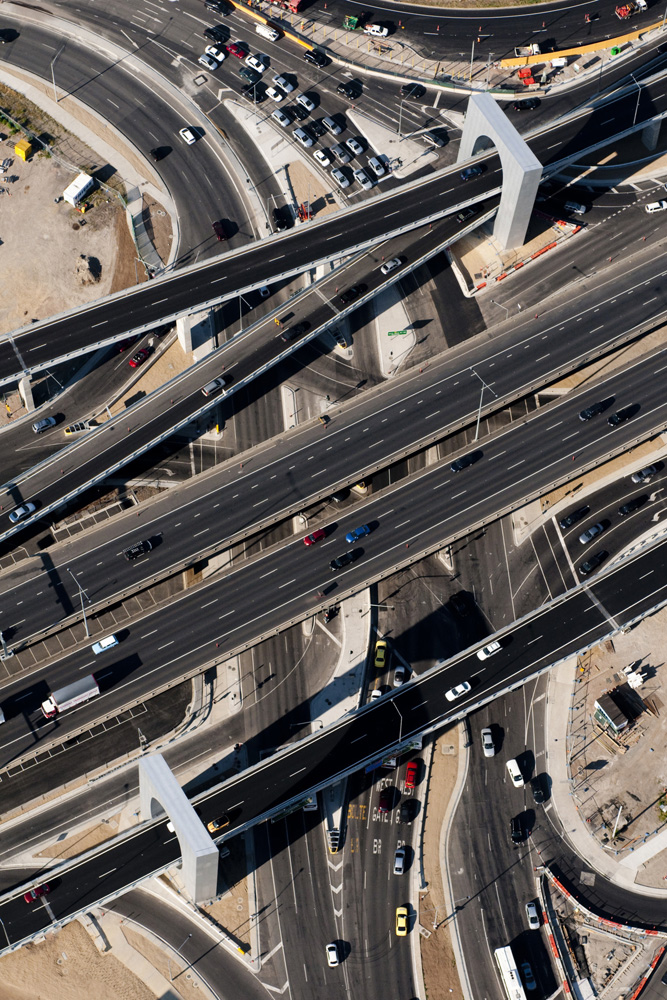 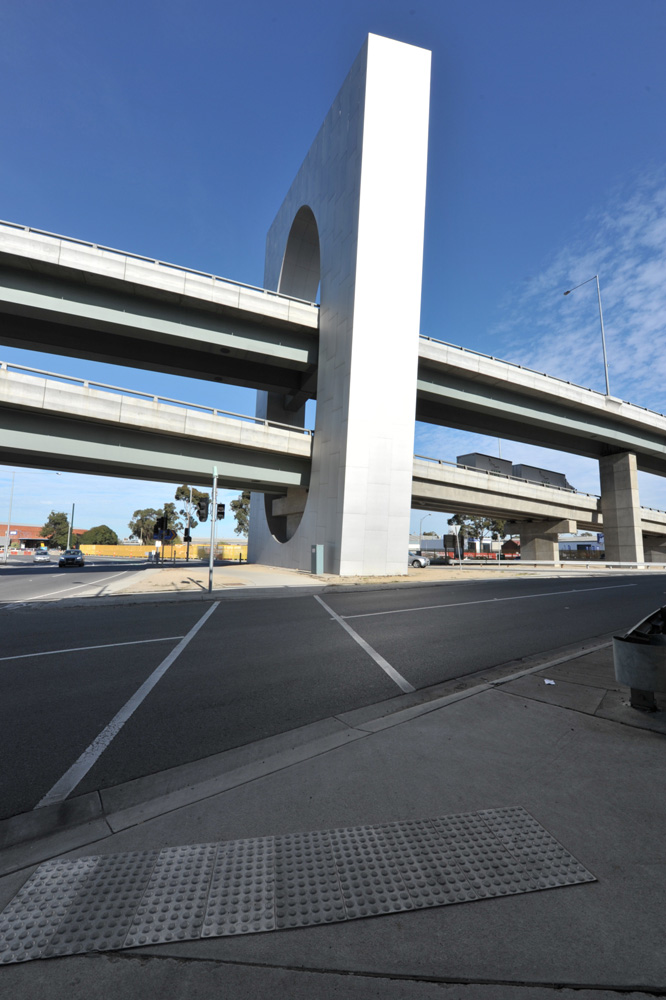 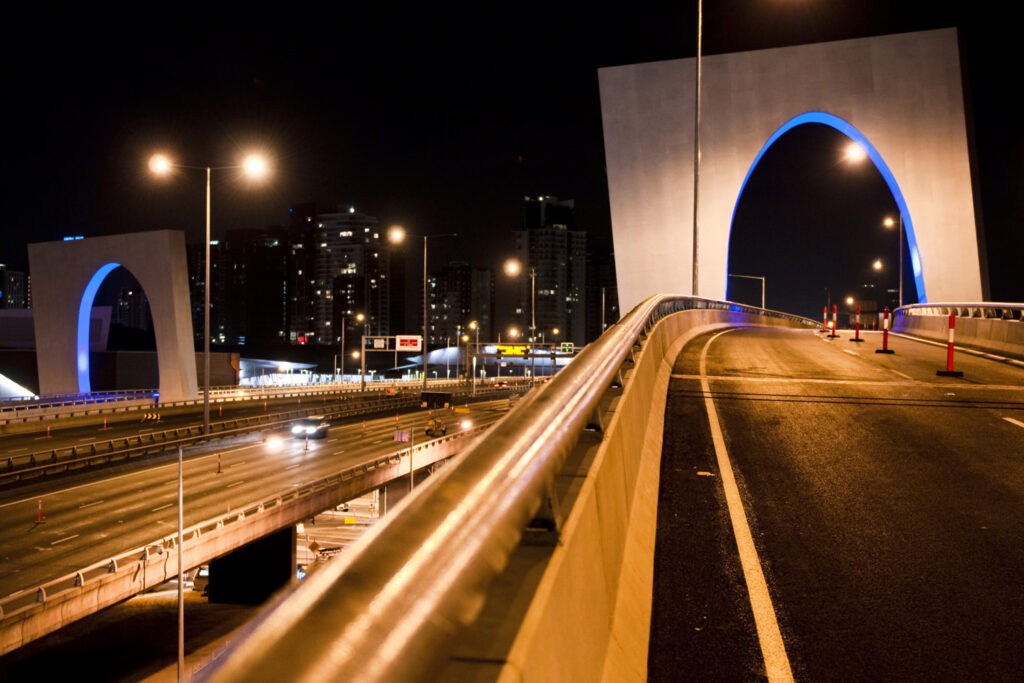