Denton Corker Marshall won the international competition to design a new campus for the Museum of Victoria.  Now known as ‘Melbourne Museum’, it is the largest museum in the Southern Hemisphere and Victoria’s most important cultural institution.

Located on an extremely sensitive site, adjacent to the World Heritage Listed 1880’s Royal Exhibition Building, the response demanded a building that would not overpower its older neighbour, but one that still had a presence in its own right.

The brief called for ‘a campus of elements’, rather than a singular monumental object.  All the elements are grouped around the north / south extension of the park and the Royal Exhibition Building.

The Forest Gallery, a large lightweight enclosure, housing trees, birds and fish, waterfalls and other elements of a Victorian temperate forest, forms the centrepoint of this axis. 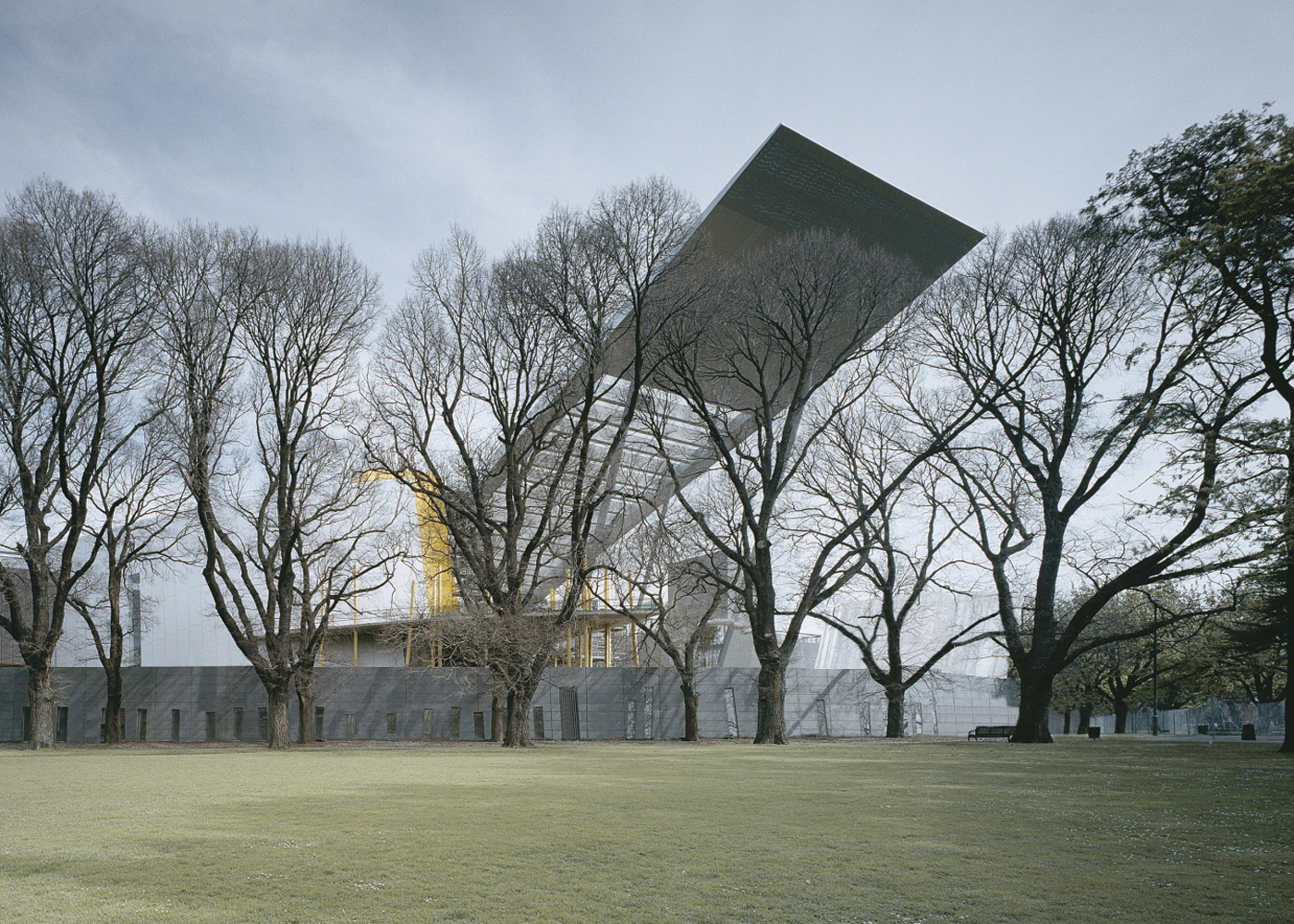 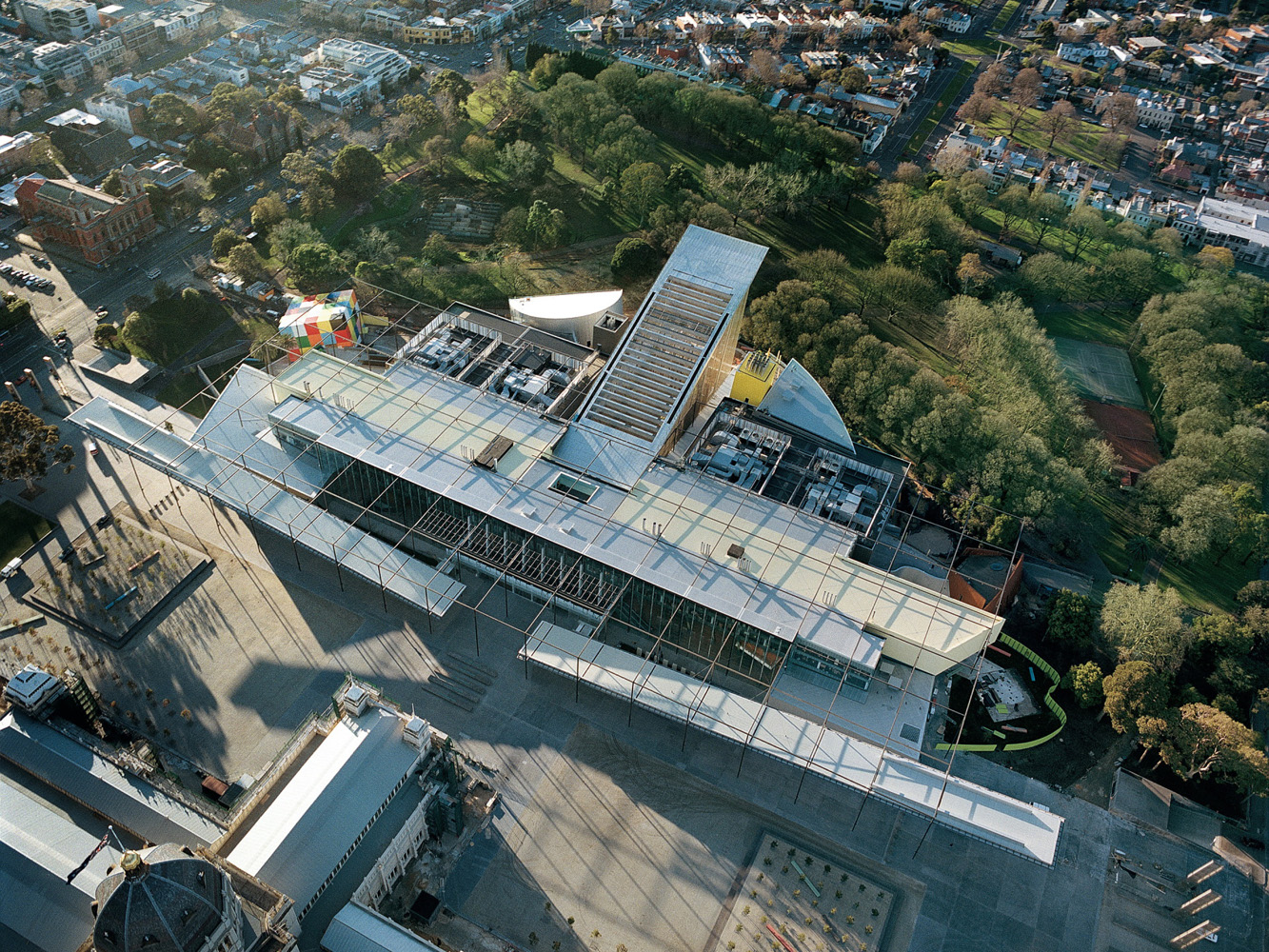 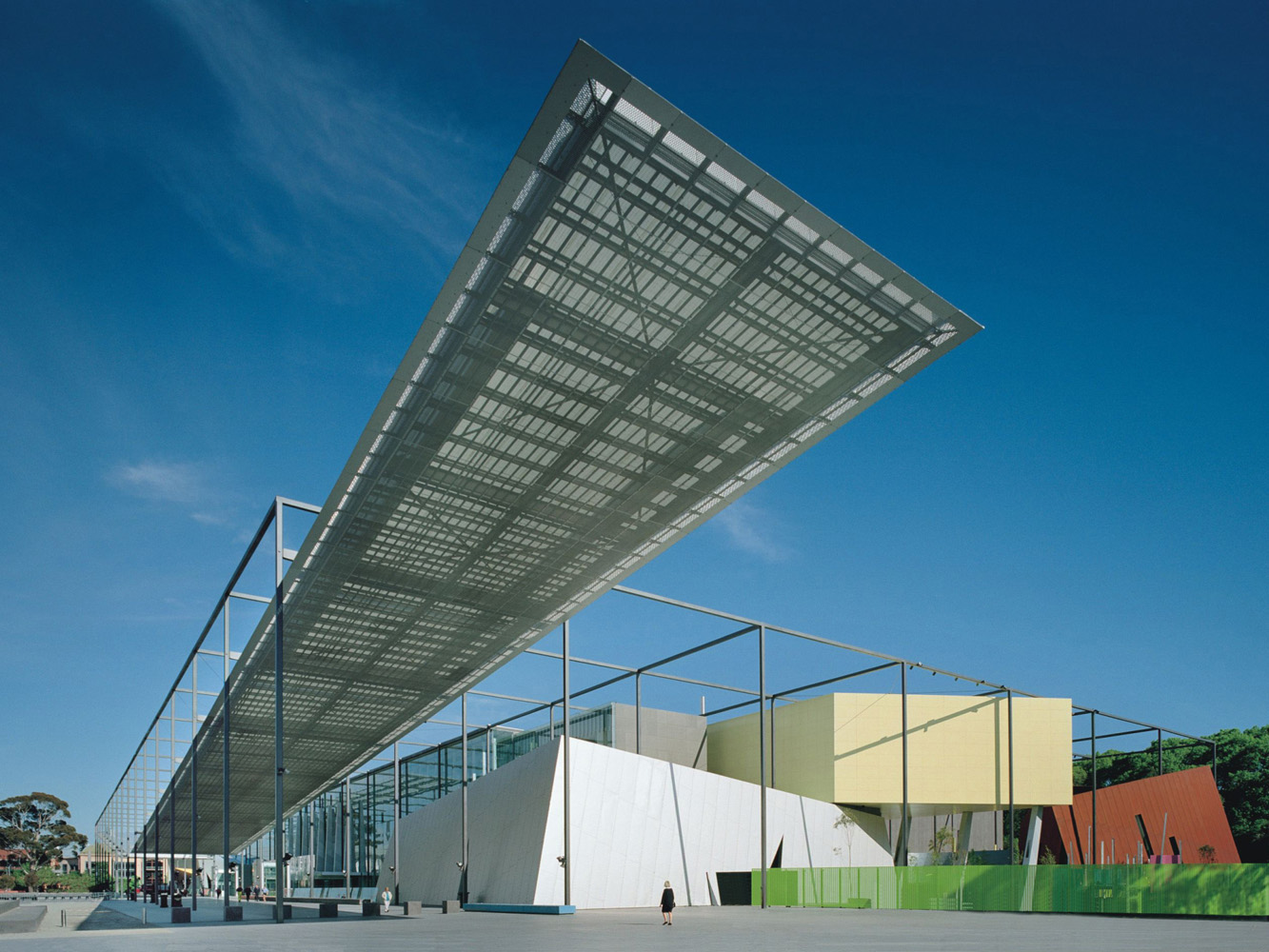 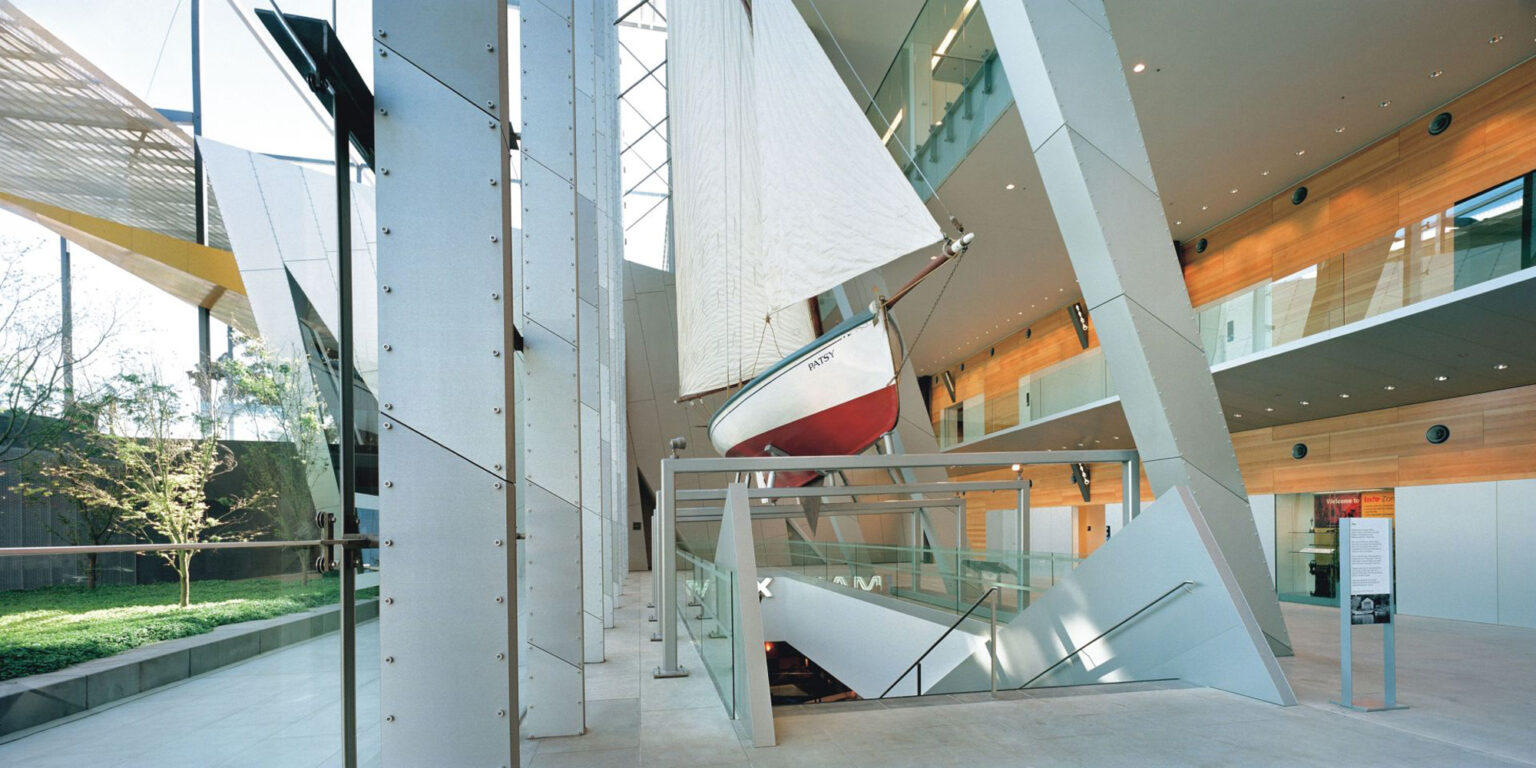 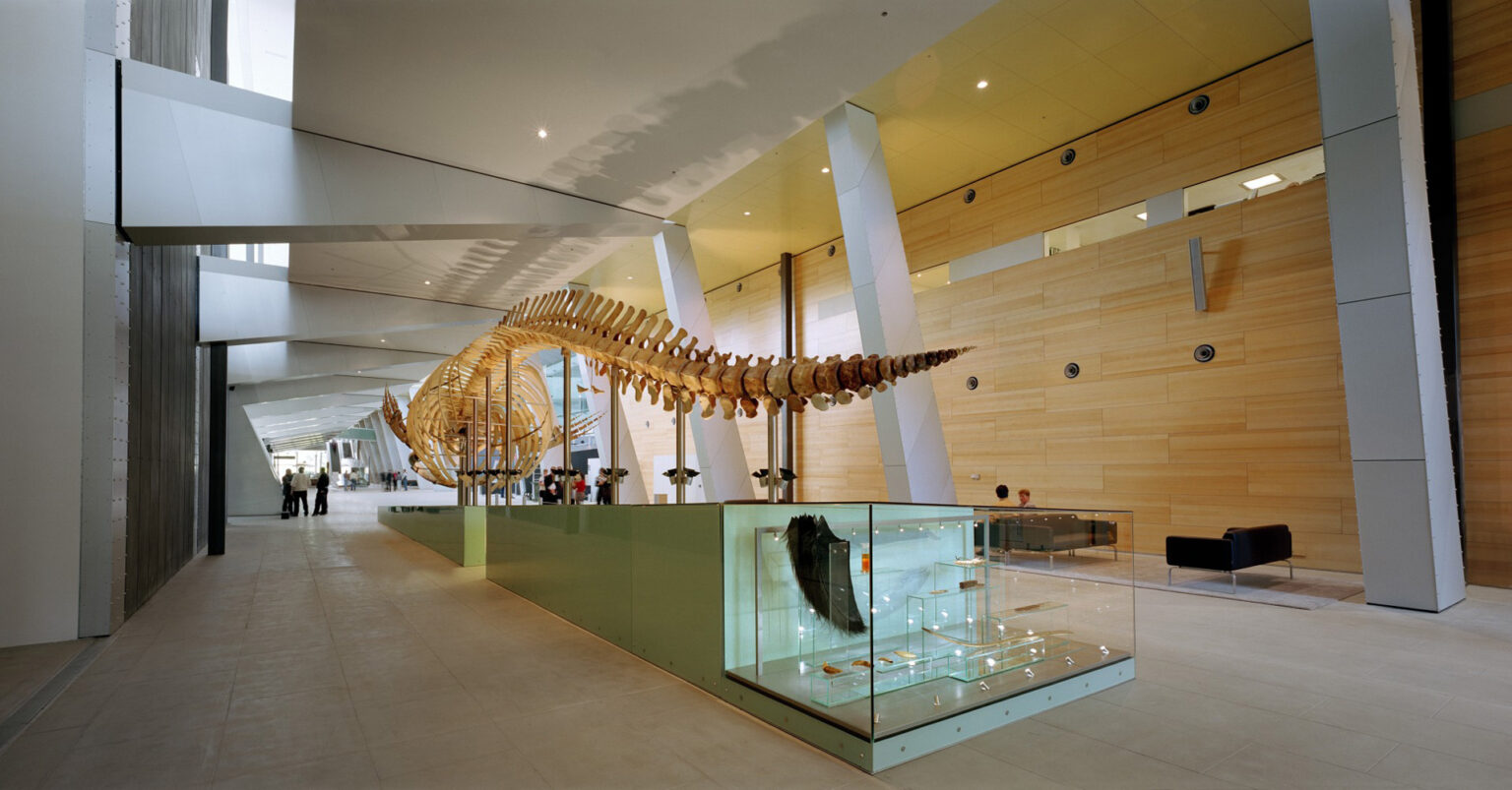 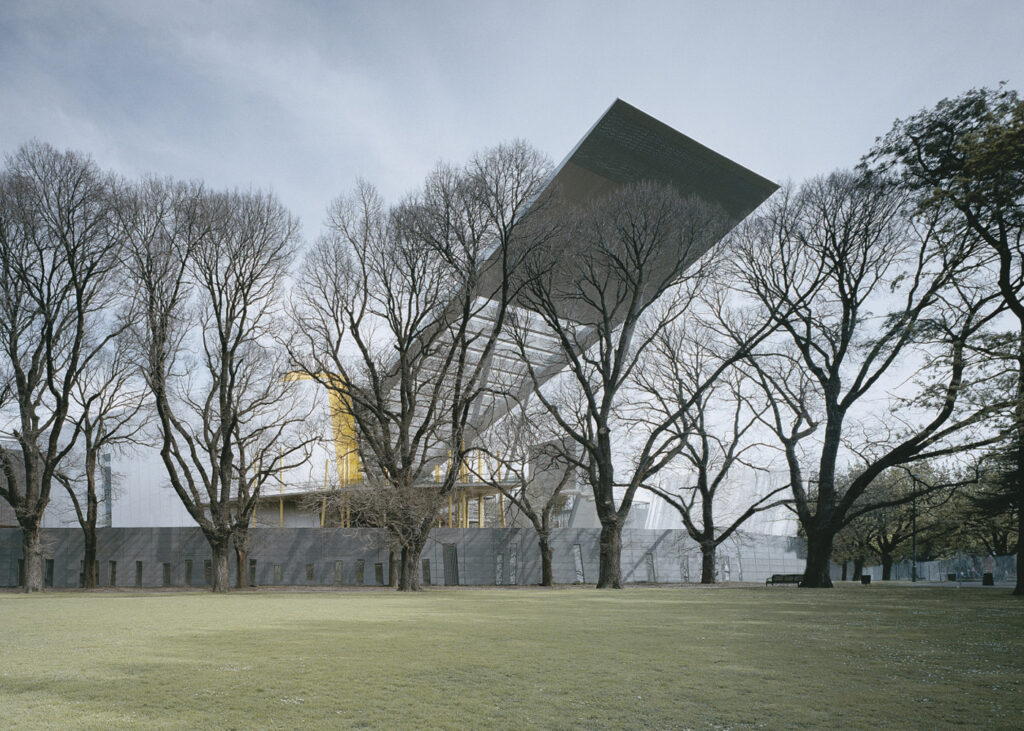 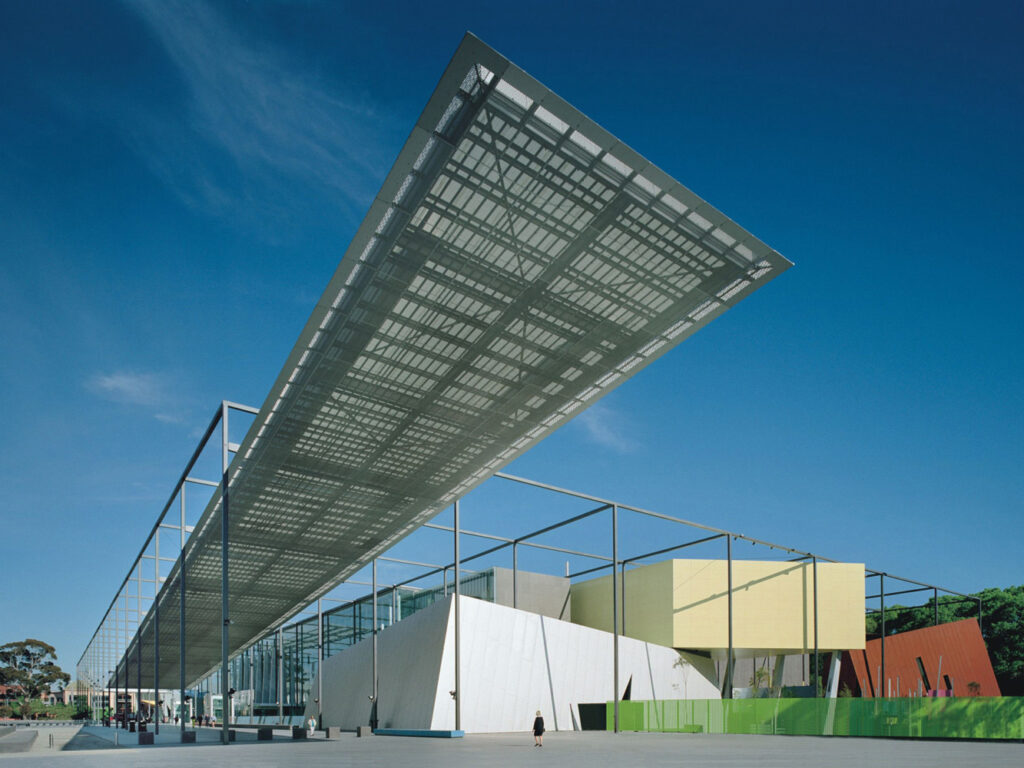 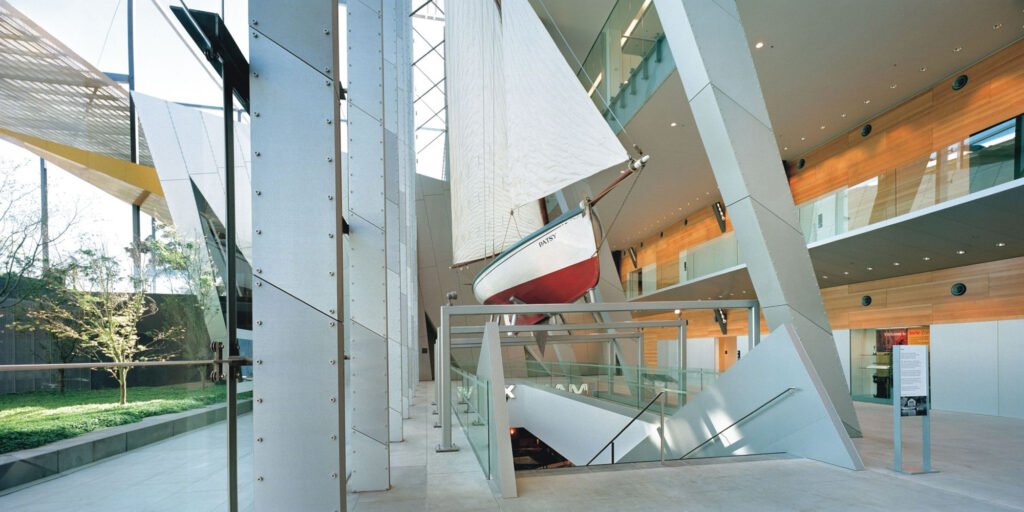 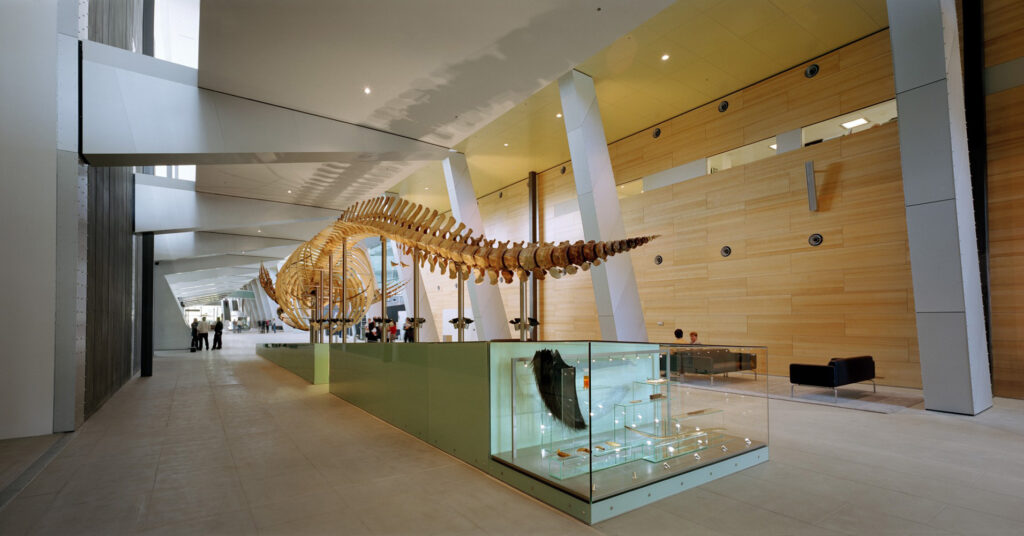 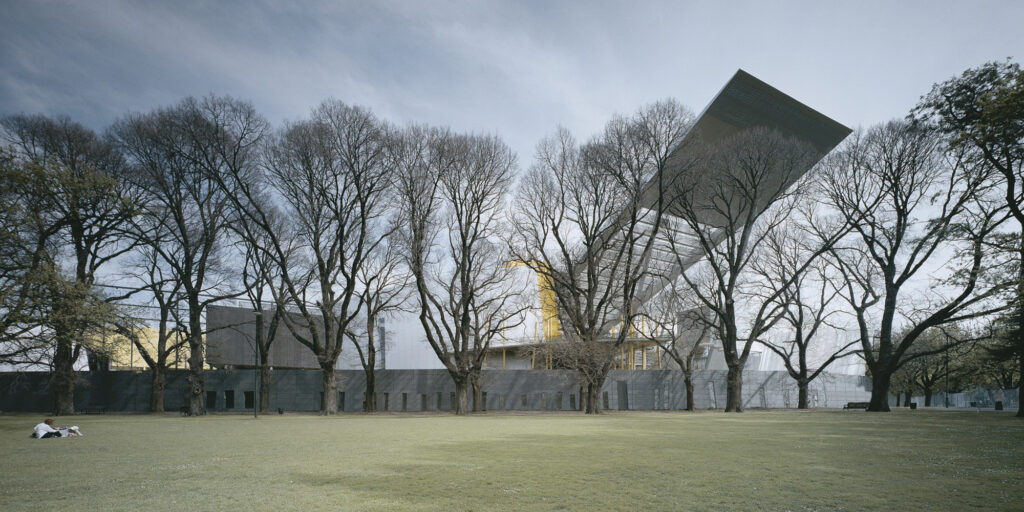