The building, located over a four level retail complex, was required to exhibit its separate identity, together with its own ground level address.  To this end, it was designed as simple, elegantly detailed rectilinear forms, floating in strong contrast to the somewhat chaotic forms of the retail building below.

Where the ground level identity and address is needed, the foyer is visually connected to the floors above by distinctive inclined columns supporting a complementary transparent box form.

As a building that resides in an urban roof-scape, it is widely visible from surrounding city buildings at a distance.  Its presence in this environment is emphasised by configuring the plantrooms as large colourful stick forms placed, seemingly casually, on the roof. 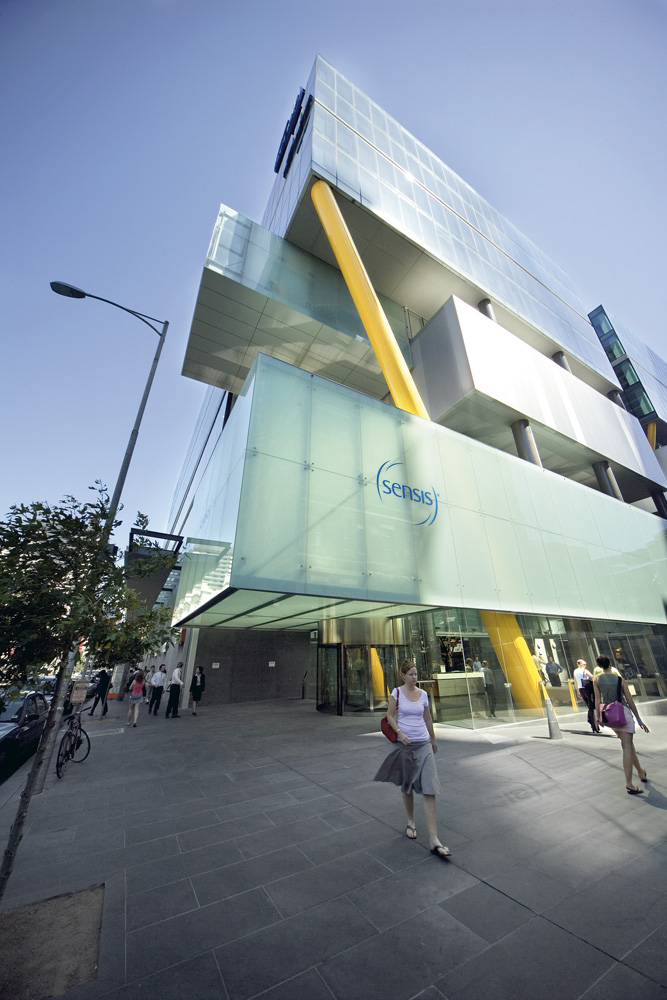 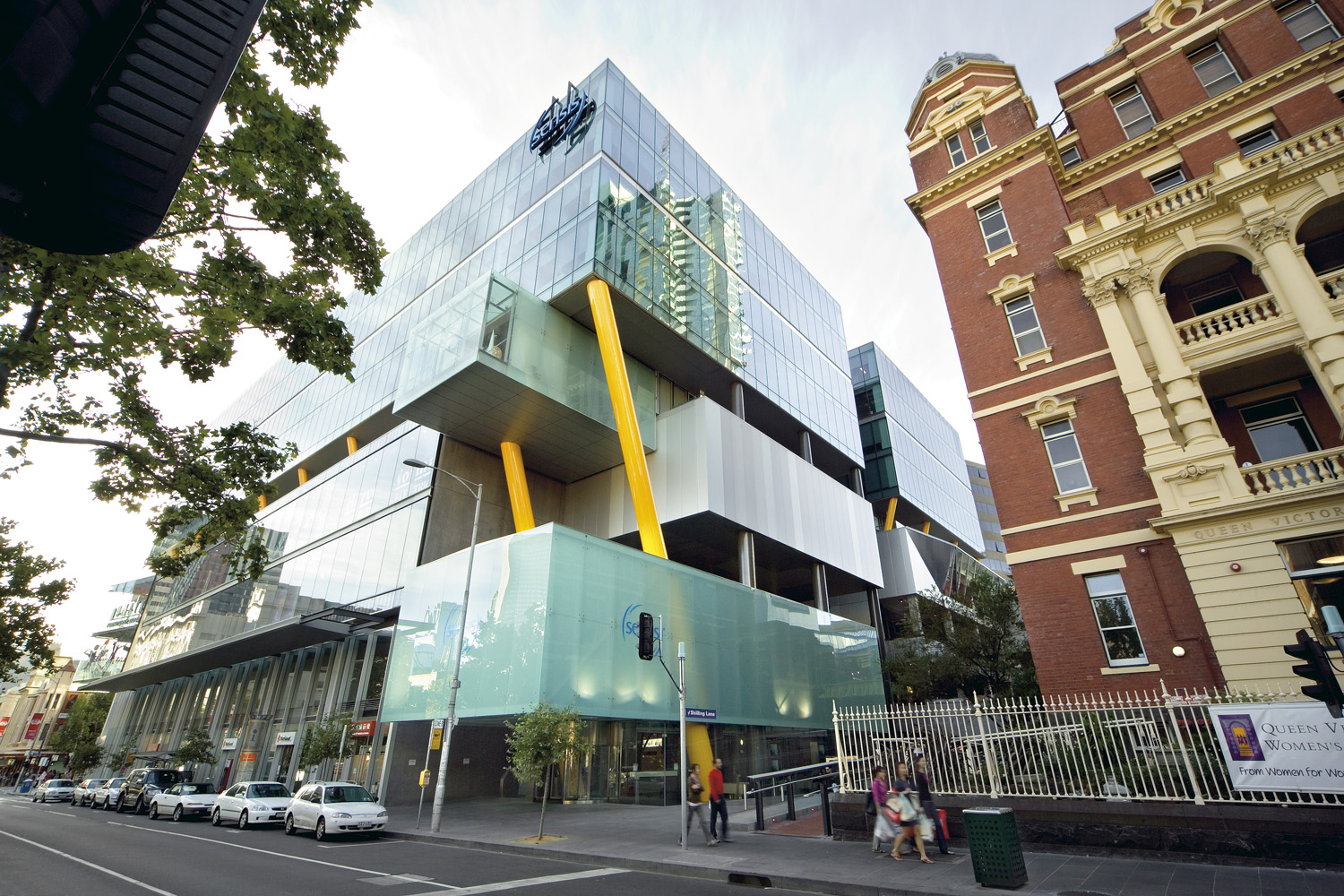 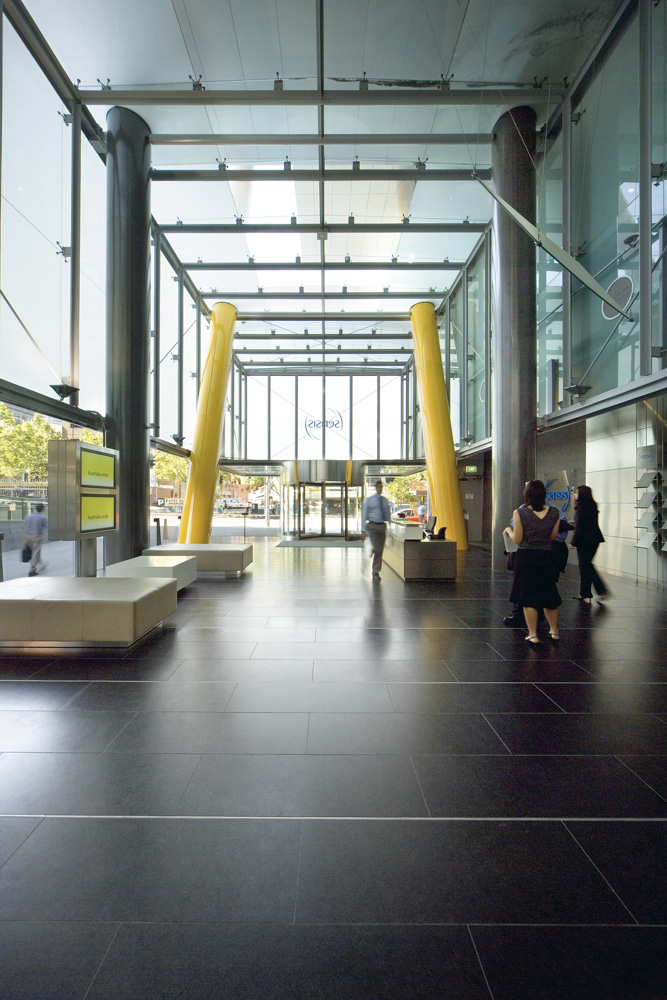 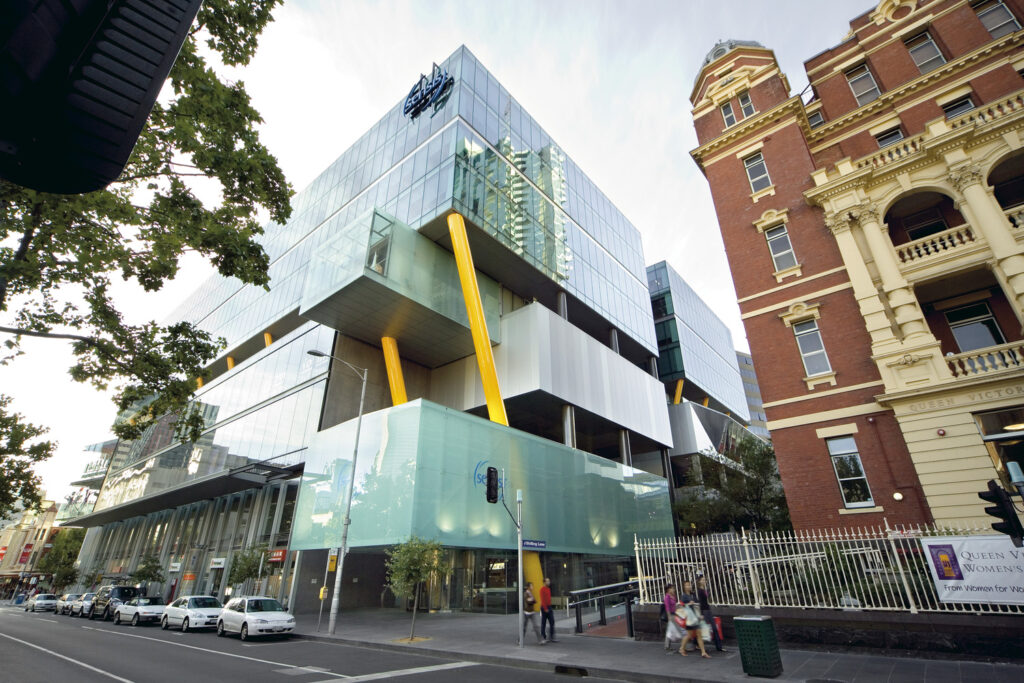