The Sunshine 100 development in Beijing comprises five towers ranging from 20 to 34-storeys, joined by linking blocks of eight to eleven- storeys.

The blocks provide enclosure to a central garden along with protection from the harsh north west winds.  Both the towers and blocks are planned with individual units positioned to maximise exposure to the highly desirable southern sun during the long winter months.

Within the central garden a covered walkway laid out in a square pattern defines an inner and outer garden.  The outer garden is contained by the northern blocks and is used for passive recreation.  The inner garden contains two all year round swimming pools in a glazed conservatory with a roofed summer pool in between.  Tennis courts and a health club are also provided. 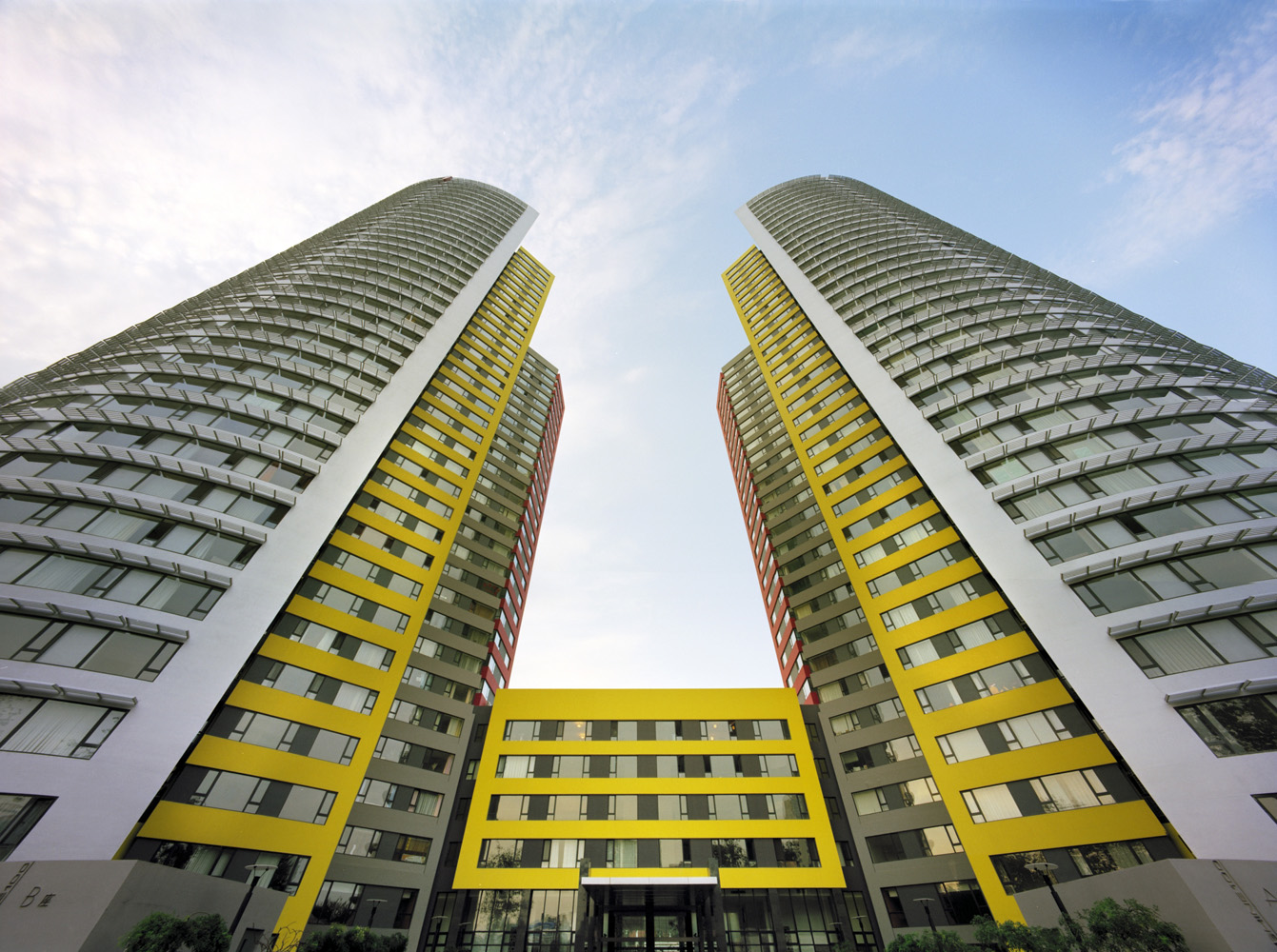 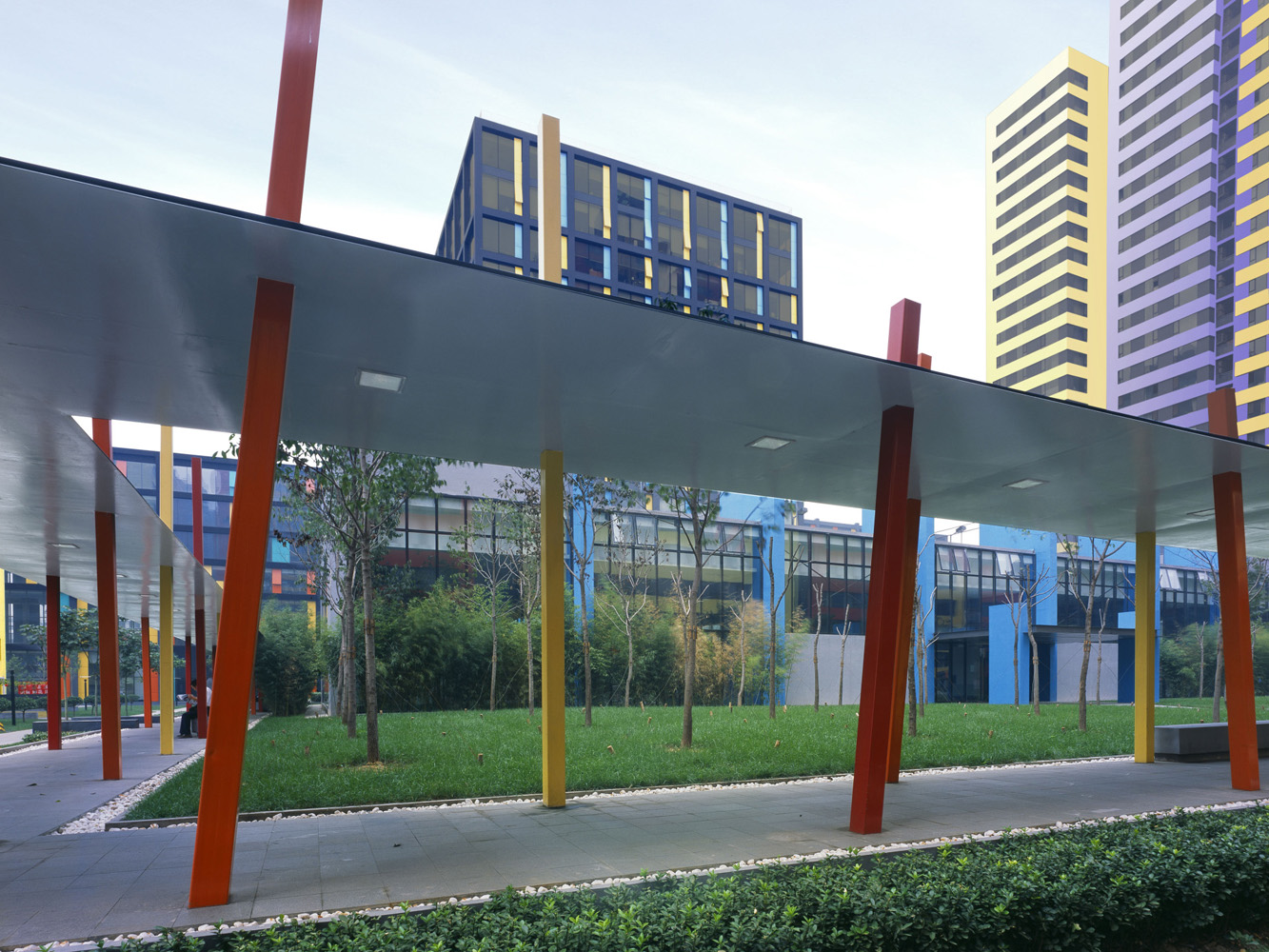 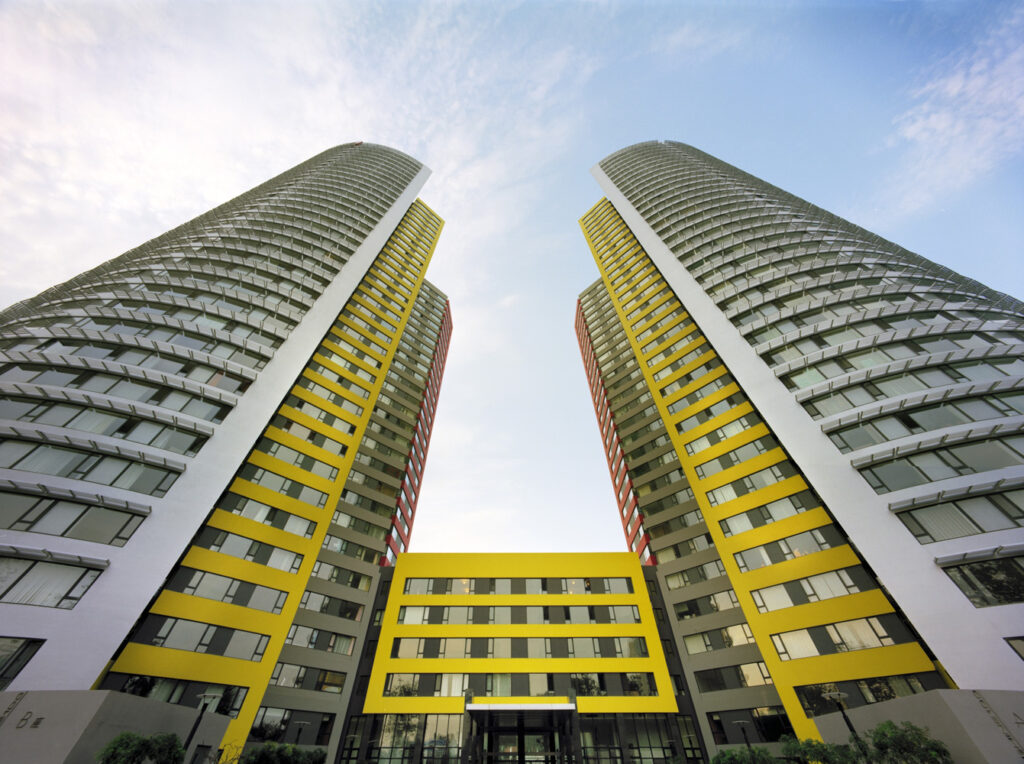 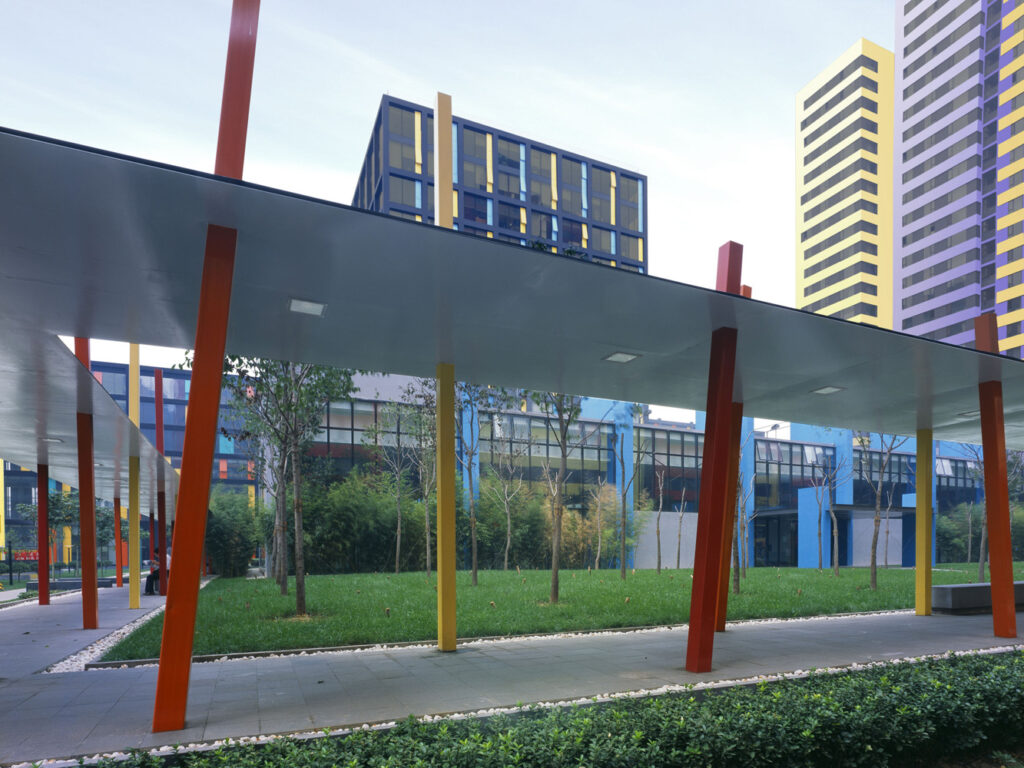